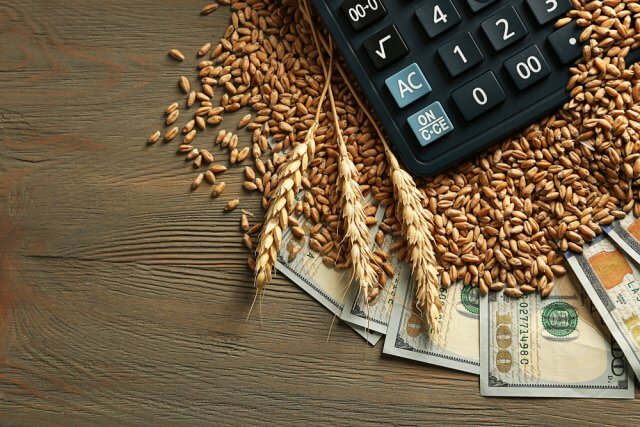 What is Import Prices?

How can the Import Prices numbers be used for analysis?

The international market always tends to stay in an equilibrium of currencies. When a country’s currency is flooded into the forex market, its relative value falls against other currencies. On the contrary, when a particular currency leaves the international market and goes into the country, the deficit increases its value against other currencies. Hence, excess reduces value, and scarcity increases value.

In this sense, when a country imports goods and services, it does so by paying out or sending out its domestic currency into the international market. When a country exports a good or service, it sends out the product in return for dollars coming into the country. Hence, overall the total worth of exports and imports should be balanced to maintain the currency’s current value.

When a country imports more than it exports, it faces a trade deficit, and as a result, its currency value falls relative to other currencies. When imports exceed exports, it means the country is a net consumer of goods and services in the global economy. It is negatively contributing to global economic growth. When a country exports more than it imports, it faces a trade surplus, and as a result, its currency rises relative to others. When a country is a net exporter or provider, it is contributing positively to global economic growth.

In general, countries prefer to maintain a trade surplus, but may intentionally maintain a trade deficit by importing, to increase their exports and overall economic growth in the future. Countries in today’s modern world have increasingly become dependent on international trade for both imports and exports.

Countries that do not have a competitive edge in specific sectors prefer to import goods and services from other corners of the world where they may be more efficiently produced and are cheaper. Businesses rely on importing raw materials or intermediate goods for producing finished goods and services, or even consumption.

A strong currency will favor imports as more goods can be procured for a unit of currency. Prolonged deficits (imports exceeding exports) devaluate the currency, which is not suitable for the economy. Hence, countries’ central authorities closely monitor the import and export price changes to draw out policies or reforms if needed to ensure a trade balance. In a crude sense, a country’s exports are its income, and imports are its expense. Increasing imports and declining exports ultimately drive a country into a debt trap.

Import prices are useful for negotiating future trade contracts, tracing global price trends for certain goods and services, predicting future prices, and domestic inflation. It is also used to deflate trade statistics published by the government. Import price also helps the central authorities to decide which and how much of a fiscal or monetary lever is to be used to manage exchange rates.

On an absolute basis, significant increases in import prices for prolonged periods, deteriorate currency, and economic growth. In practice, multiple forces act for and against such figures, and import prices alone are insufficient to determine currency’s future direction.

In the United States, the Bureau of Labor Statistics publishes monthly import prices as part of its “Import/Export Indexes (MXP).” It is released every month around the second week for the previous month on its official website.

Import Prices is an important element in understanding the trade balance of an economy. However, it alone cannot affect the economic condition of a nation. It is combined with the Export Prices, and the difference between the two is what makes it vital.

Coming to the currency market, the Import Prices report mildly affects the volatility of a currency. If immediate volatility on the time of release is not observed, it could be reflected in the short term.

The below report represents the Import Prices of the US for the month of June. According to the data released on July 15, the Import Prices increased by 1.4% month-on-month, after a decline of 0.8% the previous month. Also, it beat the forecasted value of positive 1.0%.

The US Import Prices released by the US Department of Labor has a moderate impact on the currency market (USD). 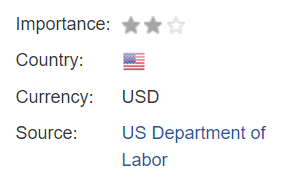 Below is the price chart of USDJPY on the 15mins time frame. Before the report was released, the market was in a strong downtrend representing USD weakness.

When the news was released during the open if the New York session, the trading volume considerably increased, and the price continued to move south. However, later in the session, the prices reversed in favor of USD. This indicates that the market did have an impact on the report. 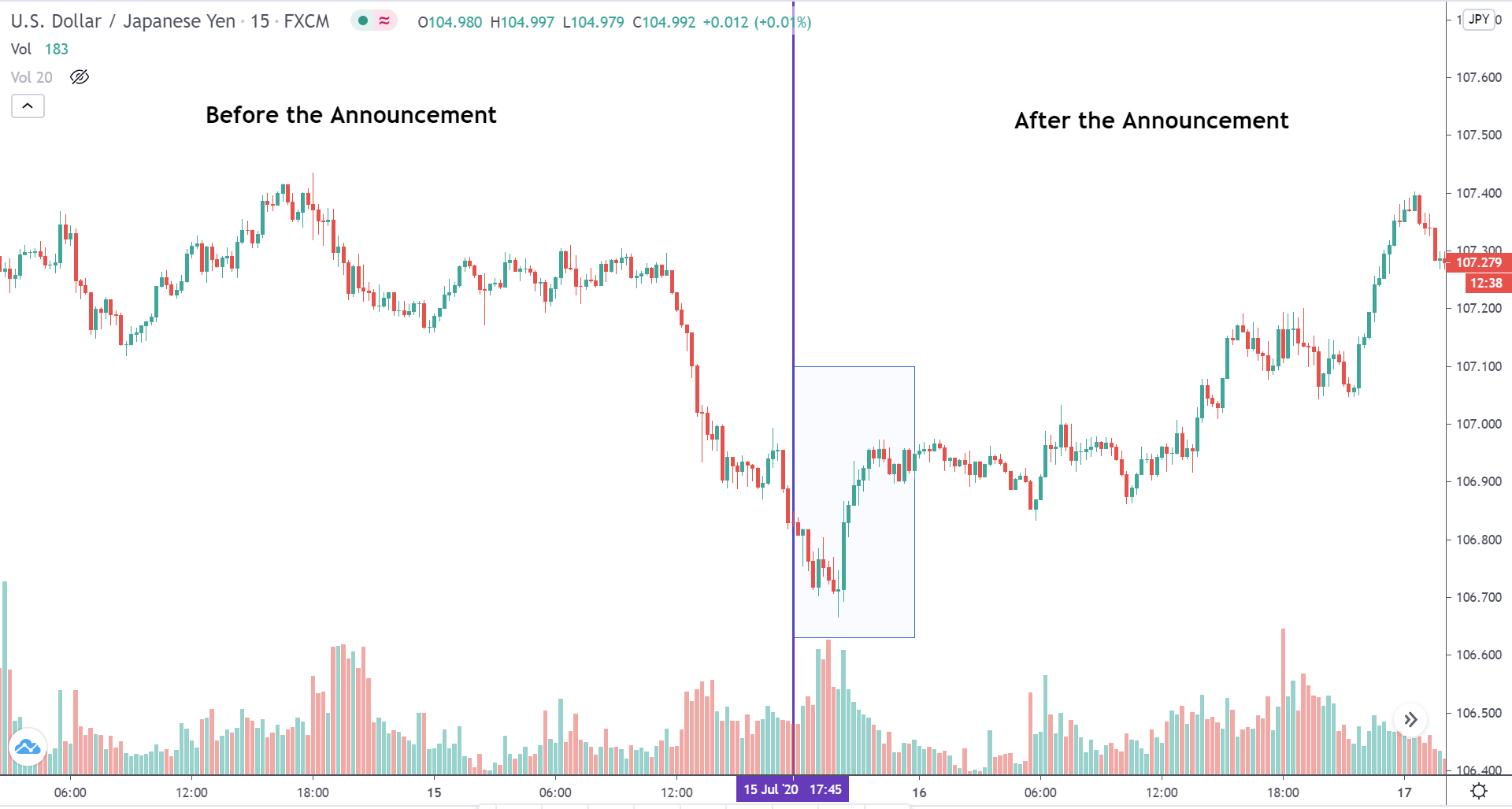 Before the news announcement, the volatility of the market was feeble. The price which was inclined down initially, but had begun to move switch direction during the release of the news.

When the Import Prices news report was announced, the volatility was moderate in the beginning but reduced later in the day. The price which was showing bullishness prior to the news continued with the same sentiment. Thus, traders can follow their strategy without any hesitation as the news barely induce high volatility. 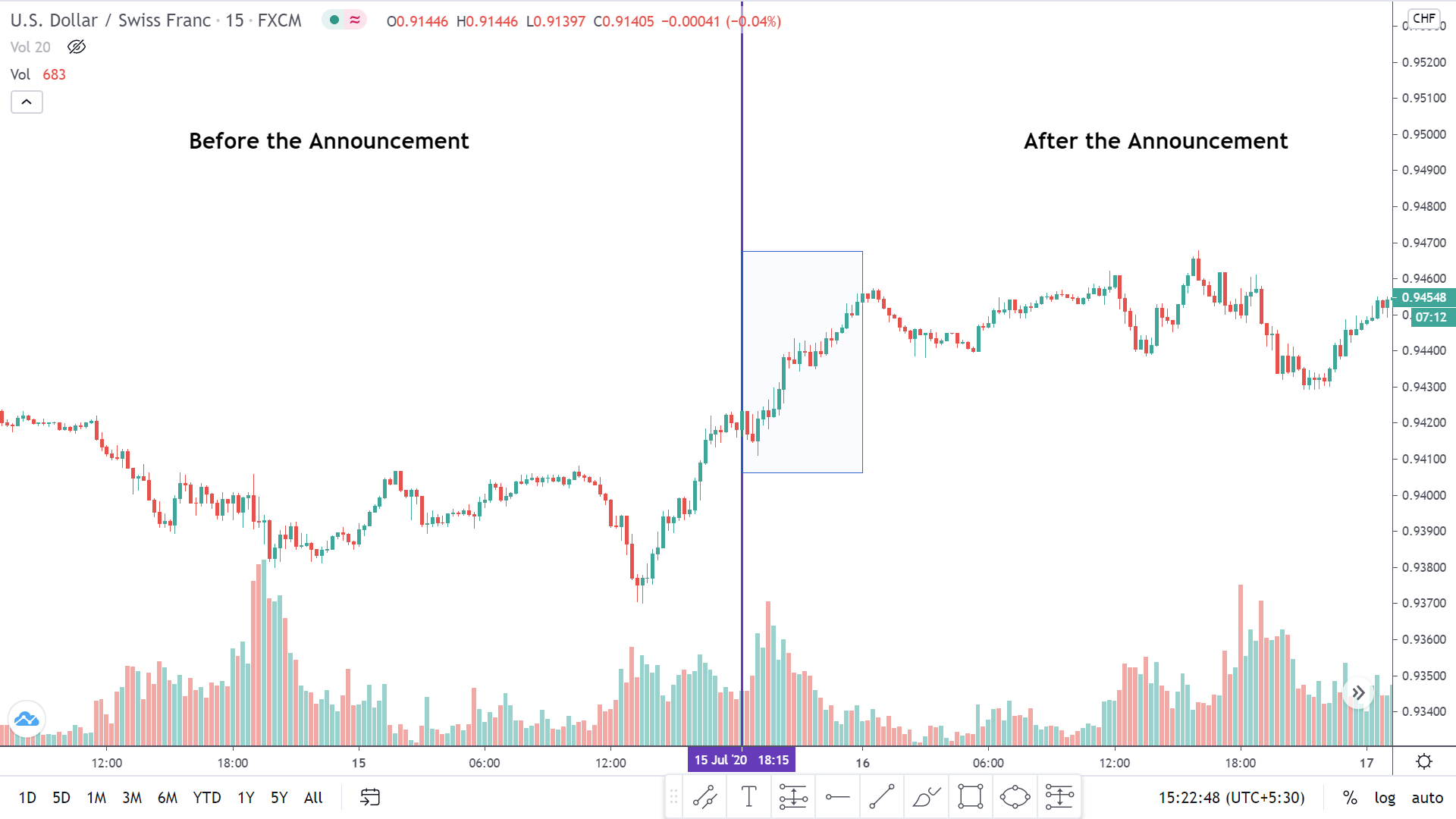 Before the announcement of the report, the market was in an evident uptrend making higher highs.

Right when the report was announced and the North American session began, the market reversed direction from an uptrend to a downtrend. However, the price failed to make a higher high. The volatility increased significantly, which can be seen from the volume indicator. 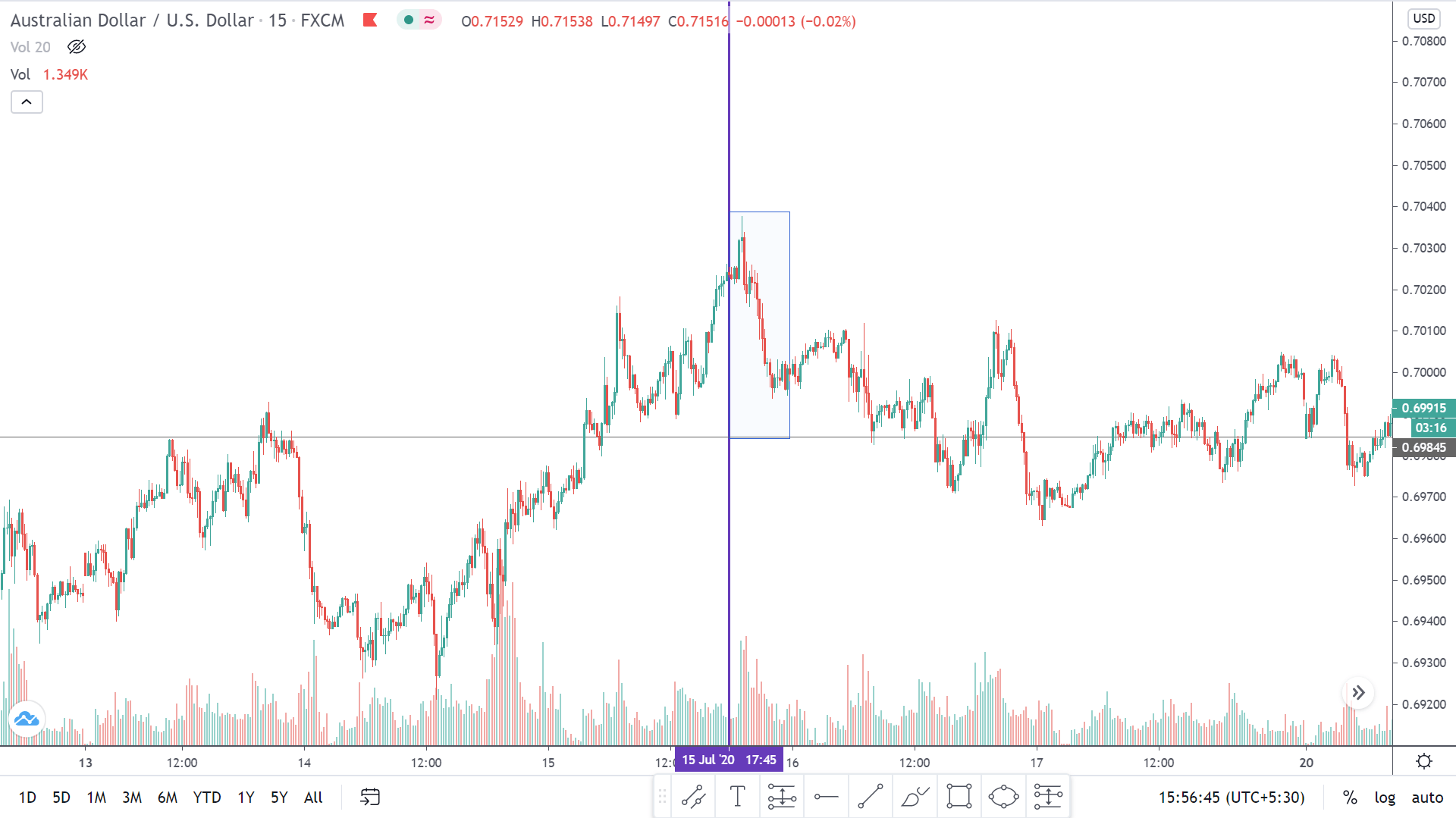 The Import Prices is an essential indicator in as it is a factor of calculation for fundamental drivers. As we saw, even though this indicator did not really bring in volatility in the market, it indirectly does significantly affect the currency prices when combined with other drivers. Cheers!