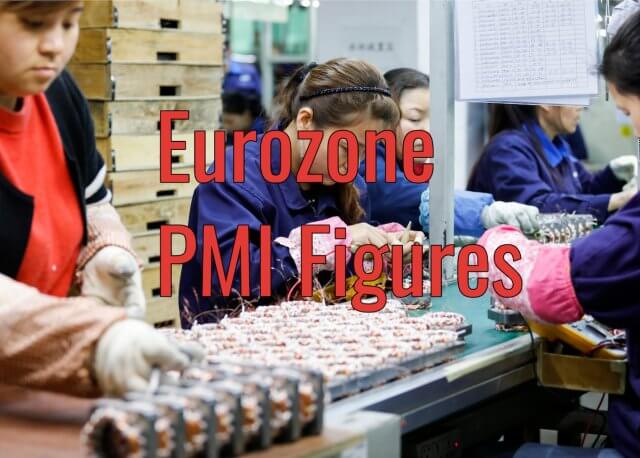 The eyes will remain on the PMI figures from Eurozone, the United Kingdom, and the United States on the news. All of the indicators are expected to perform better than before; therefore, buying can be seen in EUR, GBP during European session and selling during the U.S. session.

The EUR/USD pair was closed at 1.15969 after placing a high of 1.16267 and a low of 1.15401. Overall the movement of the EUR/USD pair remained bullish throughout the day. The EUR/USD pair continued its bullish streak for the 5th consecutive day on Thursday. They rose above 1.1600 level amid E.U. Summit’s success & broad-based U.S. dollar weakness, in the wake of increasing coronavirus cases in the U.S.. However, the gains were limited because of rising safe-haven appeal after the tensions between the U.S. & China escalated over consulate issues.

The Euro continued to benefit from the E.U.’s agreement on a recovery fund worth 750 euro billion. Investors were stocking into Italian bonds as the Eurozone’s third-largest economy was set to benefit from the funds. The safe-haven German bonds also cheered inflows despite potential competition from the upcoming issuance of the European Commission’s mutual debt.

Besides this, the U.S. dollar struggled to gain traction and failed to receive risk-averse inflows. U.S. jobless claims from last week came in as disappointed with an increase to above 1.4M. The hopes for quick U.S. economic recovery vanished and weighed on the U.S. dollar that ultimately raised EUR/USD prices.

The U.S. Dollar Index that measures the U.S. dollar value against the basket of six currencies was down 0.1% near 94.934 after hitting its lowest since March 9. This situarion also helped in the upward trend of the EUR/USD pair on Thursday. However, the positive news related to coronavirus vaccine countered with the headlines of mounting cases and coronavirus-related deaths in America. The U.S. coronavirus cases reached 4 million on Thursday with over 2600 new cases average, the world’s highest rate. The news about vaccine development from all over the world was raising optimism around the market. As earlier this week, Russia claimed that its first vaccine against the coronavirus was ready as two groups of volunteers completed clinical trials with results showing that all of them build up immunity.

On the other hand, Oxford University’s vaccine and China military vaccine also remained under highlights this week. All the vaccine news in the market, though, helped EUR/USD pair but were also overshadowed by the rising number of coronavirus globally.

This raised the safe-haven demand and limited the additional gains in EUR/USD pair on Thursday. Meanwhile, the German Gfk Consumer Climate was released on the data front at 11:00 GMT, which came in as -0.3 against the expectations of -4.6 in July and supported Euro, which ultimately added in the EUR/USD pair.

The EUR/USD has been trading in a bullish channel, which is providing resistance at 1.1629 level. At the moment, the EUR/USD pair is trading at 1.1609 level, and the continuation of a bullish trend can lead to its prices towards 1.1625 level. Further extension of a bullish trend can lead EUR/USD towards 1.1690 level upon the bullish breakout of 1.1625. The pair is holding above 50 EMA that supports a bullish bias. Today we should consider taking buying trades over 1.1565 level.

The GBP/USD pair was closed at 1.27402 after placing a high of 1.27599 and a low of 1.26727. Overall the movement of GBP/USD pair remained flat yet slightly bullish throughout the day. The GBP/USD pair maintained its bullish streak for the 5th consecutive session on Thursday, supported by the weaker U.S. dollar across the board and negative Brexit hopes. However, the pair dropped heavily before posting gains on Thursday, and that fallout was because of the downbeat comments from the MPC member of Bank of England.

The U.S. Dollar Index fell below 95 levels and reached 94.6 level on Thursday, its lowest since March. The greenback’s massive sell-off was further supported by the poor than expected jobless claims data on Thursday. At 17:30 GMT, the Unemployment Claims form the U.S. increased to 1.416M against the projected 1.3M and weighed on the U.S. dollar. The rise in the number of jobless claims resulted from the increasing number of virus cases from the U.S.

The U.S. coronavirus cases extended to 4 million on Thursday with over 2600 new cases average, the highest rate in the world while the death toll in the U.S. reached 143,000. The weak U.S. dollar gave a push to GBP/USD pair prices on Thursday towards higher levels.

On Brexit front, the latest Brexit talks failed to provide any progress in negotiating and provided negative results instead as the U.K. press reported that the U.K. could be willing to leave the E.U. without a deal.

Supporting the statement, E.U.’s top negotiator Michel Barnier also said that a Brexit deal by the end of 2020 was highly unlikely. These statements weighed on the Cable and its pairs like GBP/USD pair that showed a sudden fall in Thursday prices.

Meanwhile, the local nation’s pandemic situation was also alarming as the U.K. government allowed to open Gyms and swimming pools and set the masks mandatory while getting service from takeaway restaurants. This made traders confused as gyms and pools could be more dangerous in spreading the virus.

Lastly, the interest rate setter of Bank of England, Jonathan Haskel, said that he was worried that Britain’s economic recovery from the coronavirus crisis could be slow. He added that the recovery would depend heavily on whether people felt confident to go out.

Haskel, who backed the BoE’s latest 100 billion pound expansion of asset purchases last month, also warned that unemployment could be worse than in the 2008-09 financial crisis. Haskel’s downbeat comments weighed on the Cable and caused the earlier losses of GBP/USD pair. However, the pair GBP/USD managed to end its day with a bullish candle as the dollar was also struggling.

The GBPUSD is also holding in an overbought zone, and now it can drop until 1.2685 level, which marks 23.6% Fibonacci retracement below this the next support will be found around 1.2670 level. At the same time, resistance stays at 1.2730 and 1.2760. The RSI and MACD are in the bullish zone, but they form smaller histograms that suggest odds of selling bias in the market. Let’s consider taking buying trade over 1.2740 until 1.2795 level today.

The USD/JPY pair was closed at 106.847 after placing a high of107.228 and a low of 106.709. Overall the movement of the USD/JPY pair remained bearish throughout the day. The U.S. dollar was weakened on Thursday with recovery gains in Europe despite heightened tensions between the U.S. and China.

The U.S. Dollar Index slipped at 94.6 level, which is the lowest level since March. The drop in the U.S. dollar was caused by the fears of slow economic recovery after a resurgence of infected cases in the U.S. and the improved risk sentiment of the market.

The risk-sentiment on Thursday was supported by the improved German Gfk consumer confidence, which suggested that Europe’s largest economy was on the way of its recovery. The confidence was improved after the 27 member states of the E.U. showed consensus on the E.U. stimulus package that will help the region rebuild from the pandemic’s damage.

The improved risk sentiment in the market pushed the EUR/USD pair prices on Thursday. However, risks sentiment remained under stress due to the escalated tensions between U.S. & China amid intellectual property theft. On Thursday, the U.S. ordered China to close its consulate in Houston and accused it of spying. Beijing called this move by the U.S. as “political provocation.”

Mike Pompeo, the U.S. Secretary of State, told that the decision was taken because China was stealing its intellectual property. China’s foreign ministry denounced the move and said that its embassy in Washington was receiving death threats.

The Chinese foreign ministry spokesman said that the reasons given by the U.S. for closing the consulate were unbelievably ridiculous. She urged the U.S. to reverse its erroneous decision, or china would react with firm countermeasures.

In response to China’s anger, the U.S. President Donald Trump provided hints for the closure of more Chinese consulates and fired the heat more. The rising fears of a dispute between the U.S. & China raised a safe-haven appeal. As in result, Japanese Yen gained strength, and the USD/JPY pair dropped.

On the data front, the Japan market was off due to holiday, and the U.S. released its jobless claims for the last week at 17:30 GMT. The data exceeded the anticipation of 1.3M and came in as 1.416 M; the rise in data means that the U.S. economy has a long way to go before starting to recover. This weighed heavily on the U.S. dollar, and hence, the USD/JPY pair declined further.

The forex market shows some serious selling trend in the USD/JPY as the pair fell to 106.200 while writing this update. The USD/JPY may find support around 106.850 level, which marks the double bottom support on 4 hours timeframe. Boosted safe-haven demand can also trigger more selling until 105.950 and 105.130 level. The RSI and MACD are also supporting selling bias while the resistance will stay at 106.600 level. Let’s consider selling below 106.450 level today. Good luck!