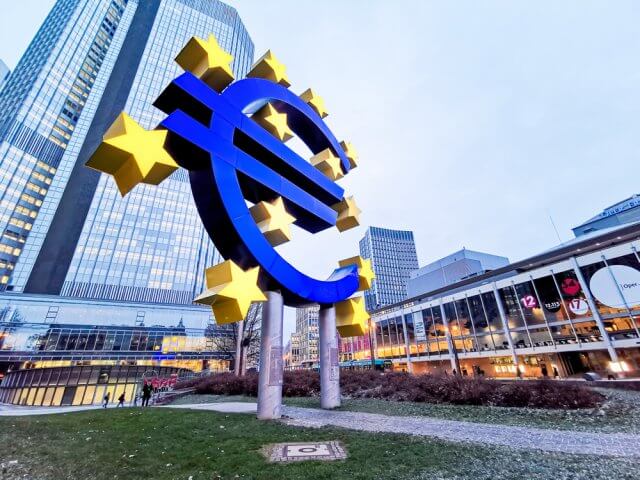 It’s going to be a busy day from a fundamental’s viewpoint, as the European Central Bank is due to release its rate decision. Furthermore, the U.S. will be releasing a series of high impact events like Retail Sales m/m, Philly Fed Manufacturing Index, and Unemployment Claims. Although ECB isn’t expected to hike the interest rate, the ECB press conference can drive movement in the EUR/USD pair today. Besides, U.S. events are expected to perform adversely for the U.S. dollar.

The EUR/USD pair was closed at 1.14114 after placing a high of 1.14473 and a low of 1.13900. Overall the tendency of the EUR/USD pair remained bullish throughout the day. The EUR/USD pair continued its bullish streak for the 4th consecutive day and reached a multi-month high level near 1.14500 level on Wednesday. The pair rose to the highest level since March 10 in the early Wednesday trading session. Nevertheless, it did not live there for long and was pulled back in the American session.

The upward movement of EUR/USD towards a multi-month high level was caused by the European Central Bank’s monetary policy meeting on Thursday. The lower move was triggered by a recovery of the U.S. dollar across the board. The U.S. Dollar Index (DXY) erased most of its losses and recovered from weekly lows, rose above 96.00 level, and gave strength to the U.S. dollar that eventually weighed on EUR/USD pair.

The risk sentiment was also up in the market by the optimism about the potential vaccine for COVID-19. As a result, the Dow Jones was up by 0.80%, and NASDAQ was up by 0.35%.

On the data front, the U.S. dollar was strong due to better than expected data released on Wednesday. The Empire State Manufacturing Index was published at 17:30 GMT, which showed that the index rose to 17.2 from the expectations of 10.0 in July and supported the U.S. dollar.

In Europe, the key event ahead is the European Central Bank meeting on Thursday, in its last meeting, ECB made its biggest decision in June and left the rates unchanged and provided no stance to change further. The focus will be on the press conference, where traders will keep an eye on Lagarde’s speech to find fresh clues about the economic outlook. However, the tone is estimated to be positive, and Lagarde’s firm commitment to the full 1.35tn euros PEPP is also expected.

The GBP/USD pair was closed at 1.25879 after placing a high of 1.26467 and a low of 1.25417. Overall the movement of GP/USD pair remained bullish throughout the day. The GBP/USD pair edged higher on Wednesday on the back of increased risk-appetite that made the U.S. dollar weak due to weakened appeal for the safe-haven currency. The risk sentiment was bolstered by many factors, including reports suggesting China’s economy was rebounding despite the COVID-19 pandemic.

As in result, Investors shifted towards riskier assets like GBP/USD currency pair as the world’s second-largest economy was continuously showing improvement while America was lagging. The latest US CPI data that edged higher by 0.6% was also not enough to boost the U.S. economy’s confidence.

The soft demand for the U.S. dollar due to an extended period of weak growth and the prevailing second wave of coronavirus induced economic downturn, helped the GBP/USD to move upward on Wednesday.

The Pound rose on Wednesday following the release of the latest U.K. Consumer Price Index for June that exceeded the forecasted 0.5% and came in as 0.6%. As in result, investors became more optimistic about Britain’s economic recovery.

The policymaker of Bank of England, Silvana Tenreyro, said on Wednesday that Britain’s economic recovery from the coronavirus lockdown would probably be delayed by the consumer’s caution towards viruses, decreased activity due to social distancing and rising unemployment. She added that behavioral responses mean that the U.K. economic outlook will continue to depend on the global and domestic spread of COVID-19.

She also said that she was prepared to push for fresh stimulus measures to aid the U.K.’s struggling economy. She said that a V-shaped economic recovery was unlikely.

On the data front, the Consumer Price Index for the year from the U.K. was released at 11:00 GMT, which showed an increase to 0.6% from the forecasted 0.4% and supported British Pound. The year’s Core CPI also increased to 1.4% from the expected 1.2% and supported GBP.

The PPI (Producer price index) Input for June from the U.K. decreased to 2.4% from the expected 3.0% and weighed on GBP. However, the PPI Output for June increased to .3% from the anticipated 0.2% and supported GBP. The RPI (Raw-material price index) for the year came in line with the 1.1% expectations. Most of the data came in better than expected and supported British Pound that gave strength to GBP/USD pair and made it move on the upside.

Looking forward, GBP investors will be waiting for the release of the UK ILO Unemployment rate for May on Thursday. If unemployment rises, the U.K.’s GBP will show signs of losses. Meanwhile, U.S. traders will await the U.S. Retail Sales data. Any sign of fall in Retail Sales will undermine the U.S. dollar.

On Tuesday, Federal Reserve Governor Lael Brainard offered a downbeat assessment of risk ahead. She said that the path ahead for the U.S. economy was under the clouds of high uncertainty, and the Federal Reserve should use forward guidance and large scale asset purchases for a sustained period to help the recovery.

In a virtual event hosted by the National Association for Business Economics, Brainard said that the pandemic was the key driver of the economy’s course. A thick fog of uncertainty still surrounded the U.S. and downside risks predominated.

The calls for further stimulus accommodation from the Federal Reserve by Brainard weighed on the U.S. dollar that dragged USD/JPY with it.

However, the uncontrolled rise in the numbers of coronavirus cases from the U.S. made investors cautious about holding the greenback, and hence, USD lost its traction and weighed on the USD/JPY pair.

The losses in the U.S. dollar were extended after many countries reported renewed lockdown measures to help control the virus’s spread. The California State, which is considered the most populous state of America, also imposed renewed restrictions and weighed on the U.S. dollar as its economic recovery would be difficult.

The cities and states imposed lockdown measures on the back of warning given by the World Health Organization that pandemic could only worsen if countries failed to follow strict precautions. In response to this, Hong Kong, Philippines, Hungary, Australia, and California announced lockdown measures. These restrictions imposed negative pressure on market sentiment as it will affect the global economic recovery.

Meanwhile, Beijing announced sanctions on Lockheed Martin for his involvement in the latest U.S. arms sale to Chinese-claimed Taiwan. This raised the ongoing tensions between the U.S. & China that were already heightened due to the South China Sea issue. The lockdown mentioned above restrictions and ongoing US-China tensions raised a safe-haven appeal that supported Japanese Yen and weighed on USD/JPY pair.