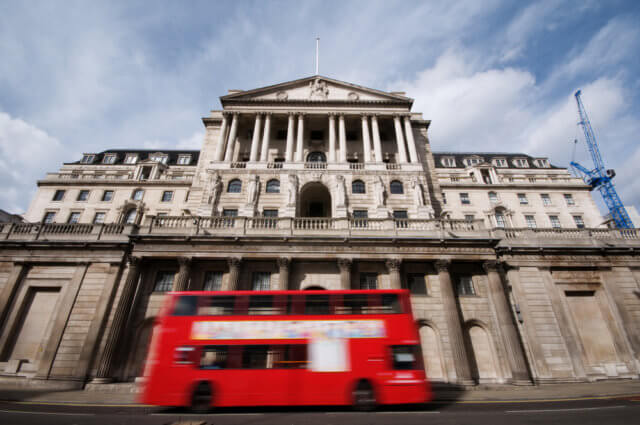 On the news front, the eyes will remain on the U.K. Monetary Policy reports due during the late European hours. BOE isn’t expected to change the rates, and it may keep them at 0.10%; however, it will be important to see MPC Official Bank Rate Votes. Besides, the European Final CPI data will remain in focus today. During the U.S. session, the Unemployment Claims and Philly Fed Manufacturing Index will be the main highlight to drive further market movement.

The EUR/USD closed at 1.18161 after placing a high of 1.18824 and a low of 1.17873. The EUR/USD pair continued following its previous day bearish trend on Wednesday ahead of the FOMC meeting. The pair posted losses on the day despite upbeat macroeconomic data from Europe.

The U.S. dollar became strong in response to the Federal Reserve’s rate decision. The Fed left its monetary policy unchanged and signaled no changes to borrowing costs potentially through 2023. The growth projections by Fed pointed a return to pre-pandemic levels by the end of 2021.

The Federal Reserve Chairmen, Jerome Powell, said that the current bond-buying level was appropriate and said that more fiscal support was likely to be needed. The U.S. dollar index found support at 92.8 level and spiked to 93.15 level and weighed on EUR/USD pair.

On the data front, At 14:00 GMT, the Trade Balance from the Eurozone showed a surplus of 20.3B against the forecasted 19.3B in July and supported single currency Euro. However, the upbeat data failed to reverse the pair’s movement as the focus was all on the FOMC meeting and Fed decision.

As the WHO has warned that the death toll in Europe is likely to increase in October and November, the local currency has come under pressure since then. On Wednesday, the regional health authorities announced that Madrid’s Spanish capital would introduce selective lockdowns in urban areas where the coronavirus has spread widely. This also weighed on local currency and added further pressure on EUR/USD pair.

On Wednesday, the European Commission President Ursula von der Leyen came to the European Parliament in Brussels to deliver her first state of European Union Address. She announced new plans that included measures to tear down single market restrictions, a new strategy for the Schengen zone, a proposal to increase the 2030 target of emission reduction to 55%, and investment for digital technologies.

The GBP/USD closed at 1.29666 after placing a high of 1.30070 and a low of 1.28749. Overall the movement of the GBP/USD pair remained bullish throughout the day. The pair GBP/USD extended its previous daily gains and rose above 1.3000 level on Wednesday amid dovish hopes for the FOMC meeting. The strong CPI report from the U.K. negative Retail Sales report from the U.S. also added further gains in the GBP/USD pair on Wednesday.

As investors have digested the recent developments surrounding Brexit and the internal market bill, the heavy tone surrounding the U.S. dollar also helped the GBP/USD pair to surgeon Wednesday. The heavy bearish pressure on the U.S. dollar was exerted by the release of disappointing U.S. monthly Retail Sales figures for August.

At 17:30 GMT, the Core Retail Sales dropped to 0.7% from the anticipated 1.0%, and the Retail Sales were declined to 0.6% from the projected 1.1% and weighed heavily on the U.S. dollar that helped GBP/USD pair to move on the upside. Meanwhile, from the U.K., at 11:00 GMT, the Consumer Price Index for the year rose to 0.2% from the expected 0.1% and supported the Sterling. The Core Consumer Price Index also rose to 0.9% from the expected 0.7% and supported British Pound.

On the Brexit front, the head of the European Commission said on Wednesday that the chances of reaching a trade deal with Britain were fading by the day as the British government pushes ahead with moves that would breach their withdrawal agreement.

Brussels have warned Prime Minister Boris Johnson to scrap the Internal Market Bill, or it would sink the talks on future trade arrangements before Britain finally leaves the E.U.’s orbit on December 31. However, Johnson has refused to step back from issuing an Internal Market Bill.

The President of the European Commission, Ursula von der Leyen, said that the timely agreement’s chances have started to fade with the time passing, which raised the fears on no-deal Brexit. However, this failed to cap the additional gains in GBP/USD pair as markets have already priced the no-deal Brexit worries. Moreover, the U.S. dollar was also under pressure on Wednesday ahead of FOMC meeting results and the speech of Fed Chair Jerome Powell. This added further strength in the GBP/USD pair.

The GBP/USD pair is trading at 1.2909 level, holding within an upward channel supporting the pair at 1.2909 level. The closing of the recent Doji candle over the EMA and upward trendline support level of 1.2909 level suggests odds of upward movement in the market. Considering this, we may have some upward trend in the Sterling ahead of the BOE rate decision. Thus, we should look for a buying trade with a target of 1.2996 level. Violation of 1.2909 le el can trigger selling bias until 1.2828 level, but it depends upon the policy decision today. Let’s keep an eye on it.

The USD/JPY Pair was closed at 104.944 after placing a high of 105.432 and a low of 104.799. Overall the movement of the USD/JPY pair remained bearish throughout the day. The pair USD/JPY extended its bearish trend for the 3rd consecutive day and fell to its lowest since July 31. The U.S. Dollar Index fell 0.3% on Wednesday ahead of the U.S. Federal Reserve policy meeting outcome.

The decline in the U.S. dollar was due to the expectations that the Federal Reserve Open Market Committee will maintain a dovish stance on the economy’s outlook. Last month during the Fed’s annual Jackson Hole Symposium, the Federal Reserve unveiled a major change in policy and said it would now target an inflation rate that averages 2% over time. Previously the Fed’s target was to maintain inflation at 2%; the current U.S. consumer inflation is at 1.3%.

The Market Participants do not expect any rise in the Fed’s benchmark interest rate of 0.25% for a longer period; however, they were keenly awaiting the meeting to conclude whether the central bank issues any surprise economic projections. The dovish expectations kept the local currency under pressure that weighed on the USD/JPY pair on Wednesday.

However, in July, the Business Inventories that were released at 19:00 GMT dropped to 0.1% from the forecasted 0.2% and supported the U.S. dollar. The NAHB Housing Market Index also favored the U.S. dollar when it rose to 83 from the anticipated 78 and capped further downward movement in the USD/JPY pair.

On Wednesday, the U.S. President Donald Trump urged Republicans to hold a larger coronavirus package as this will increase the chances of striking a deal with Democrats. The comments from Trump showed a need for stimulus and raised hopes that the stimulus package will be announced soon, and hence, the U.S. dollar came under fresh pressure that ultimately weighed on USD/JPY pair prices.

On the other hand, the USD/JPY pair’s losses were limited by the latest news that supported the risk sentiment in the market. The U.S. Federal Government drew a sweeping plan on Wednesday to make vaccines for the coronavirus available for free to all Americans. The federal health agencies and the Defense Department offered plans for a vaccination campaign that will start in January or later this year. The market participants are waiting for his speech to find fresh clues about the economic condition and further monetary policy decisions by the U.S. government. Hence, the local currency remained under pressure ahead of it and kept weighing the USD/JPY currency pair.

The USD/JPY pair had violated the double bottom support level of 105.300 level, and closing of the candle below 105.300 level may drive more selling bias in the USD/JPY. On the lower side, the support stays at 104.780 level, and a bearish breakout can lead USD/JPY price further lower towards 104.300 level. The focus will remain on the U.S. Jobless claims data as it may drive further market trends. The MACD and EMA are also in support of selling bias.