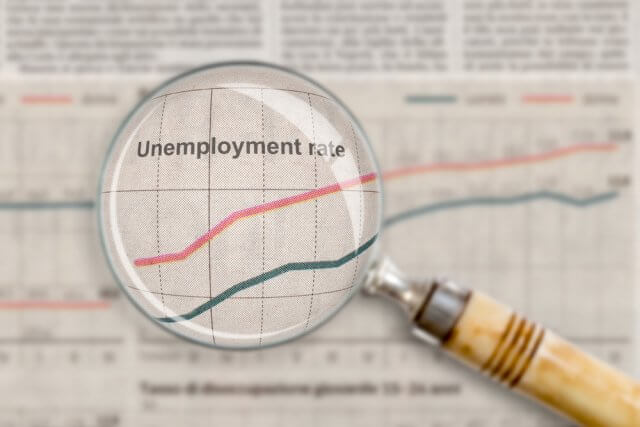 The market’s fundamental side is a bit busy today as the focus on traders will stay on German GfK Consumer Climate and U.S. Unemployment Claims as these both events have the potential to drive some price action in the market.

The EUR/USD pair was closed at 1.15701 after placing a high of 1.16012 and a low of 1.15067. Overall the movement of the EUR/USD pair remained bullish throughout the day. On Wednesday, Euro racked up gains against the U.S. dollar and tested 1.16 level on Wednesday after extending its benefits for the 4th consecutive session. The Euro rally of this week could be attributed to the E.U. Summit’s success, where European leaders managed to show consensus on massive stimulus package after four days of discussions.

The second-longest ever E.U. Summit indicated the difficulty in getting the consensus of all E.U. member countries on the E.U. recovery fund. Under the new agreed agreement, the EUR 750 Billion recovery fund will be distributed as EUR 390 Billion in grants and EUR 360 in low0interest loans.

This new agreement represented a compromise between E.U.’s wealthier nations, commonly known as Frugal Four, including Netherland, Denmark, Sweden and Austria, and poor member countries as Italy and Portugal. The former wanted most of the funds distributed as loans versus other wanted the funds as grants. In addition to the recovery fund, the E.U. members also approved a seven-year EUR 1.07 trillion budget.

Euro traders cheered after the E.U. Summit ended successfully, and the pair EUR/USD extended its gains. However, the gains were limited and were dragged by some factors in the late session. Factors included the chance of correction after a strong rally and profit-taking. The deal leaves the E.U. economy that is already suffering from a massive debt which will have to be paid back. The agreement was forced on the wealthier nations of the E.U. that are not very fond of large handouts to developing nations in the E.U. The deep division persisted in the E.U. between rich & developing countries; it has only been papered out for now.

All these factors raised concerns, and investors started getting out of EUR/USD pair in the late session, making gains of the pair short.

A statement by ECB President Christine Lagarde also helped in decreasing the daily gains of EUR/USD on Wednesday as she said that the deal between 27 member countries on 750 billion euro fund to help the bloc’s weaker economies recover from pandemic crisis, “could have been better.”

However, the EUR/USD pair’s gains were supported by the weakness in the U.S. dollar that was prompted after a possible delay in the U.S. fiscal stimulus package was reported. The Senate majority leader, Mitch McConnell, said that he was not expecting the bill for paycheck protection program to be rolled out before two weeks.

U.S. dollar also suffered because of the record-high number of coronavirus cases in the U.S. Even President Donald Trump now changed his tone and rhetoric about the pandemic and said in his speech today that the pandemic will get worse before it gets better. The death toll in the U.S. raised since records on Wednesday to 1,000 and weighed heavily on the U.S. dollar.

The broad-based U.S. dollar weakness further surged after the release of macroeconomic data. The Housing Price Index and Existing Home Sales data both fell short of expectations in May and June respectively and added further in the upward motion if EUR/USD pair.

The EUR/USD has come out of a bullish channel, which was providing resistance at 1.1509 level. Now, this level has been violated, and it’s likely to provide support. At the moment, the EUR/USD pair is trading at 1.1590 level, and the continuation of a bullish trend can lead its prices towards 1.1605 level. Continuation of a bullish trend can lead EUR/USD towards 1.1646 level as the pair is holding above 50 EMA that supports a bullish bias. Today we should consider taking buying trades over 1.1565 level.

The GBP/USD pair was closed at 1.27348 after placing a high of 1.27435 and a low of 1.26440. Overall the movement of GBP/USD pair remained bullish throughout the grounds. On Wednesday, Sterling came under pressure in the early trading session on the concerns that the U.K. will not reach a deal with the European Union. The Daily Telegraph reported that the U.K. government was working on assuming that trade deal with Europe after the end of the transition period will be conducted on World Trade Organization terms.

The U.K. Government officially reported abandoned hope of striking a Brexit trade deal with the E.U. The latest round of Brexit talks began in London this week, but expectations are that they will end in a deadlock today. Both sides were still at disagreement over fishing rights, the European Court of Justice, governance of the deal, and level playing field guarantees. The negotiations will finish on Thursday.

This weighed on Sterling heavily and the pair GBP/USD after posting gains for three consecutive days, started moving in the opposite direction in the early trading session on Wednesday. The pair GBP/USD even crossed the previous session’s lowest level on the fears of no-deal Brexit hopes.

However, the losing trend in GBP/USD pair was reversed in late session on Wednesday after the release of poor than expected data from the U.S. That further dragged the U.S. dollar and supported the GBP/USD pair. In addition to U.S. dollar weakness, the news about U.K. Prime Minister saying that the U.K. could get back to normal as early as Christmas also supported an upward trend in currency pair.

The U.S. dollar that was already under pressure due to the increasing number of coronavirus cases and recorded high death numbers because of the virus in the U.S. came under more pressure after the U.S. economic release data. The U.S. economy’s struggle to fight against coronavirus kept the local currency under pressure as the U.S. dollar index also fell below 95.35 level. The weak U.S. dollar also played its part in reversing the GBP/USD pair’s movement on Wednesday.

Meanwhile, Boris Johnson ordered the British army to prepare for a possible four-way crisis this winter involving a second spike in coronavirus, flu outbreak, a chaotic Brexit, and widespread flooding. This news was also behind the losses post by GBP/USD pair on Wednesday.

The GBPUSD is also holding in an overbought zone, and now it can drop until 1.2685 level, which marks 23.6% Fibonacci retracement below this the next support will be found around 1.2670 level. At the same time, resistance stays at 1.2730 and 1.2760. The RSI and MACD are in the bullish zone, but they form smaller histograms that suggest odds of selling bias in the market. Let’s consider taking buying trade over 1.2740 until 1.2795 level today.

The USD/JPY pair hovered near the top end of its daily trading range near the 107 level. Some intraday U.S. dollar rebound supported the uptick in currency pair. However, in the absence of any strong follow-through, the pair remained under pressure amid a combination of negative factors.

The U.S. dollar bulls remained defensive mode as worries about the second wave of the coronavirus infection post threat on economic recovery coupled with the delay in U.S. economic stimulus measure raised investors caution. The Republicans & Democrats have been struggling to reach consensus on a $3 trillion relief fund.

The safe-haven Japanese Yen benefited with the rising concerns about the U.S. & China dispute. The tensions between both nations increased further after the United States abruptly ordered China to close its consulate in Houston.

On the other hand, On Wednesday, the U.S. House of Representatives was set to vote on legislation reversing President Donald Trump’s controversial order to ban entry as immigrants from mostly Muslim-majority countries. The NO BAN Act has broad support from Democratic legislators and was likely to pass the democrat-controlled House despite strong disapproval from Republicans and the White House.

Joe Biden, former Vice President of the U.S., has vowed that if he is elected as president, he will end the Trump’s so-called Muslim travel ban on his first day in office. At 18:00 GMT, the Housing Price Index for May was released on the data front, which showed that the index fell to -0.3% from the anticipated 0.3%. At 19:00 GMT, the Existing Home Sales from the U.S. also plunged to 4.72 M from the projected 4.77M in June and weighed on the U.S. dollar. This capped additional gains in USD/JPY pair on Wednesday.

The USD/JPY bounced off to test the previously violated upward trendline of 107.250, as investors seem to sell JPY on the back of increased COVID19 cases in Japan. A bullish breakout of 107.250 level can extend buying until 107.500 level while support continues to hold around 106.930.

The RSI and MACD suggest opposing signals; for instance, the RSI suggests bullish bias, while the MACD suggests selling. Today, let’s choppy trade session by selling below 107.250 and buying above 106.700 level. Good luck!