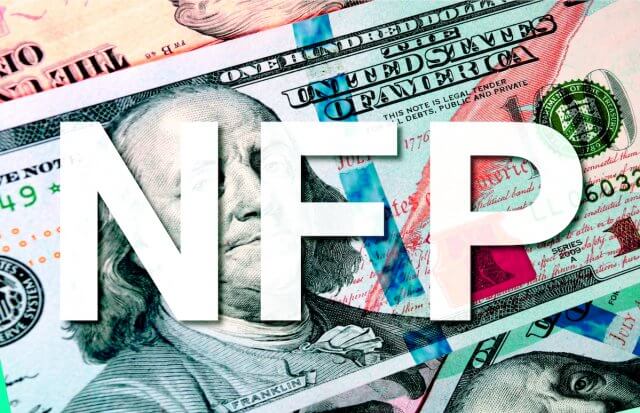 On the news front, it’s going to be a busy day, as the U.S. economy will be releasing it’s Non-farm payroll figures. For all the new members, the NFP is the most awaited data, and it’s expected to show an 8.2% unemployment rate along with a 0.5% average hourly earnings. Such a figure should drive buying in the dollar, and gold may dip on the positive news release today. However, the 900K Non-farm employment change is below 1371K figures beforehand, which may burden on the U.S. dollar. The mixed movement is expected from the dollar today.

The EUR/USD prices were closed at1.17455 after placing a high of 1.17695 and a low of 1.17170. Overall the movement of the EUR/USD pair remained bullish throughout the day. On Thursday, EUR/USD prices rose on the back of upbeat European stock market amid improved risk sentiment due to rising hopes of U.S. stimulus measure and some positive corporate news.

Different European companies reported gains, and increased sales in September gave signals of a significant recovery in the European corporate sector. It raised the European currency against its rival U.S. dollar and supported the upward trend of the EUR/USD pair on Thursday.

Meanwhile, the optimism raised in the market related to the U.S. stimulus measures after U.S. Treasury Secretary Steven Mnuchin confirmed that talks with Nancy Pelosi had a significant breakthrough. However, the differences were still there. The fact that both sides were showing a willingness to reach a consensus and issue the next round of aid raised bars that the U.S. Congress would announce the package sooner.

These hopes in the market supported the risk sentiment that helped the riskier Euro currency to post gains against its rival U.S. dollar and push the EUR/USD pair even higher.

At 14:00 GMT, the Producer Price Index for Eurozone dropped to 0.1% against the expectations of 0.2% and weighed on local currency. Whereas, the Unemployment Rate for the whole bloc remained flat with forecasts at 8.1%. Most data from Europe on Thursday came in as expected and supported Euro that also added further gains in EUR/USD pair.

The U.S. dollar index also fell by 0.2% on Thursday, and this weakness drove the EUR/USD pair in the upward direction, but the gains remained limited as the European countries were forced to implement renewed restrictions due to the second wave of coronavirus.

On Wednesday, European countries like Finland, Spain, the Czech Republic, Slovakia, Spain, and Poland implemented new restrictions as the infection cases were continuously increasing. These restrictions kept the local currency under pressure, and the gains in EUR/USD pair limited on Thursday.

The EUR/USD has violated the upward trendline support level of 1.1728 level, and now the same level is working as a resistance for the EUR/USD. Below this, the EUR/USD can trade with a bearish bias until the 1.1695 level. Conversely, negative NFP figures may lead the EUR/USD price towards the 1.1755 level. The bearish bias remains strong today.

The GBP/USD pair was closed at 1.28859 after placing a high of 1.29785 and a low of 1.28194. Overall the movement of the GBP/USD pair remained bearish throughout the day. After posting gains for six consecutive days, the GBP/USD pair dropped on Thursday amid different headlines in the market related to Brexit talks. The talks between the U.K. and the E.U. suggested some progress in breaking the deadlock in Brexit talks.

The comments after the latest round of talks between the U.K. & E.U. over the post-Brexit deal provided differing reports of progress that suggested that both sides were far from reaching a consensus. This weighed on the Sterling and dragged the pair GBP/USD from its previous daily gains.

The differences over the key sticking issues like fisheries and level playing fields remain intact in the latest trade negotiations. Some reports suggested that a landing zone on state aid has been identified between the E.U. & the U.K., and the only fishing issue was left. Both reports were providing different information, and this confused the market traders and raised fears of a no-deal Brexit that weighed on local currency and ultimately on the GBP/USD pair.

The Cabinet Office Minister Michael Gove said that the U.K. has already made it clear that it will not look into the demands to take control over the access to its waters and fish after the Brexit-transition period. He said that the U.K. would rather leave the E.U. without a Brexit deal than sticking with the E.U.’s Common Fisheries Policies.

The U.K. has also issued an internal market bill that undermines the withdrawal agreement, and this has already made the E.U. angry. The chances for a no-deal Brexit are increasing day by day as the E.U. has threatened to take legal actions against the U.K. in response to the internal market bill. The pressure over negotiators has been increased to reach a consensus before the European Summit on October 15 as the top E.U. negotiator Michel Barnier will have to address the latest updates on Brexit negotiations.

The GBP/USD is also supported over a strong trading range of 1.2835 – 1.2810 support levels. Above this range, the Cable will always have strong odds of bouncing off until 1.2901 and 1.2945 level. At the same time, a bearish breakout of 1.2811 level may lead the Sterling towards 1.2764 level. Today, we should look for a buy trade 1.2896 until the next target level of 1.2950 as the market is likely to stay supported. Let’s brace for the U.S. non-farm payroll data today to have further certainty about the pair.

The USD/JPY closed at 105.543 after placing a high of 105.726 and a low of 105.401. Overall the movement of the USD/JPY pair remained bullish throughout the day. Despite the broad-based U.S. dollar weakness and negative ISM Manufacturing PMI, the USD/JPY pair posted small gains on the day and climbed to a fresh daily high of 105.726 level. The upward momentum in the USD/JPY pair could be attributed to the improved risk sentiment in the market after the hopes for a U.S. stimulus package from the U.S. Congress increased.

On Thursday, the U.S. Treasury Secretary Steven Mnuchin said that he held talks with Nancy Pelosi to discuss the next round of U.S. stimulus measures, and he hoped that it would be released soon. The difference in the size of the package between Republicans & Democrats is still there, but they have agreed that consensus should be quickly reached, so the optimism surrounding the package increased and weighed on the safe-haven Japanese Yen that ultimately added Support to the USD/JPY pair.

However, at 05:30 GMT, the Final Manufacturing PMI from Japan rose to 47.7 against the projected 47.3 in September and supported the Japanese Yen that capped further upside momentum in the USD/JPY pair.

The Wards Total Vehicle Sales from the U.S. also rose to 16.3M from the anticipated 15.5M in September and supported the U.S. dollar.

The U.S. dollar was weak across the board on Thursday, as the U.S. Dollar Index (DXY) posted 0.2% losses on the day. However, the USD/JPY pair still manage to post gains on the day due to positive data releases. Most of the data released on Thursday came in Support of the U.S. dollar except the highlighted data of ISM Manufacturing PMI. But traders tend to ignore the declining PMI and focused more on other positive releases like Personal Spending and Unemployment claims.

The USD/JPY has violated the double bottom support level of 105.277 level amid an increased safe-haven appeal. The coronavirus news of Trump and his wife testing positive is making the market volatile. The technical side of USD/JPY continues to be bearish around 105.200, and the series for EMA is now extending resistance at 105.550 level. On the flip side, the support holds at 104.800 level. The MACD also supports the selling bias amid a stronger Japanese yen due to increased safe-haven appeal. Bearish trend continuation and violation of the 104.800 level can open additional room for selling until 104.350. Good luck!