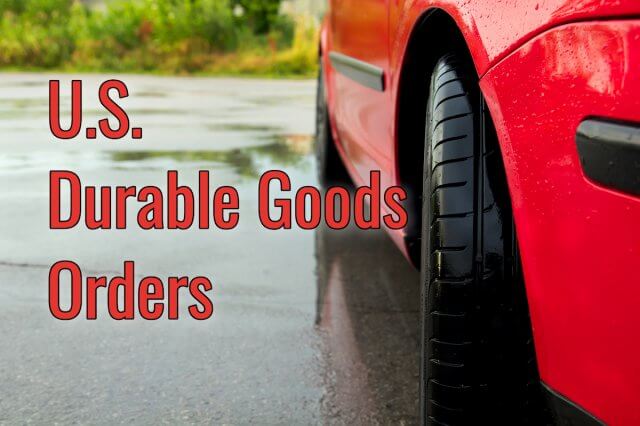 The EUR/USD pair was closed at 1.6680 after placing a high of 1.16867 and a low of 1.16263. Overall the movement of the EUR/USD pair remained bullish throughout the day. After declining for four consecutive days, the EUR/USD currency pair fell to its lowest level in two months in an earlier trading session but reversed its direction in the late American session rose on Thursday.

During the first half of the day, the EUR/USD pair was continuously weighed by the broad-based U.S. dollar strength amid the lack of significant macroeconomic data from the Eurozone. The DXY that measures the greenback’s performance against its rival currencies rose to its highest level since late July at 94.59. However, the U.S. dollar gains were deteriorated by the decisive rebound in Wall Street’s main indexes. The S&P 500 Index was up by 1.23% on Thursday, and the DXY was also starting to decline near 94.30 level. This provided strength to the risk sentiment that ultimately pushed the EUR/USD pair to reverse its direction.

On the data front, at 13:00 GMT, the German IFO Business Climate dropped to 93.4 from the anticipated 93.9 and weighed on single currency Euro. At 17:57 GMT, the Belgian NBB Business Climate came in as -10.8 against the forecasted -11.0. From the U.S. side, the Unemployment Claims last week surged to 870K against the forecasted 845K and weighed on the U.S. dollar. The weak U.S. dollar added strength in EUR/USD pair on Thursday.

The rise in EUR/USD pair’s prices on Thursday could also be attributed to the chief economist’s positive comments for the Eurozone and Global Head of Macroeconomics, Carsten Brezesk. He said that the German economy has already entered the next recovery stage after the strong rebound in the third quarter. This was related to the German IFO Business Climate survey’s relatively strong release on Thursday that advanced in September to 93.4 from the previous 92.6. However, the single currency remained under pressure due to the high uncertainty faced by the largest Eurozone’s economy as the COVID-19 rate continued to increase across Europe.

On Thursday, both France and the United Kingdom counted record-breaking daily cases of COVID-19, with the U.K. reporting 6634 new COVD-19 cases on a single day. It was the highest number recorded by the country even before the nationwide lockdown. The rising number of infections across Europe and countries adopting new restrictive measures to control the spread and damage by coronavirus kept weighing the EUR/USD prices on Thursday.

The bearish bias of the EUR/USD continues to dominate the market as it’s providing selling bias at 1.1650. The bearish breakout of the 1.1650 level can extend the selling trend until the 1.1590 level, while resistance stays at the 1.1680 level today. A bullish breakout of the 1.1686 level can drive the buying trend until the 1.1760 level. Mixed bias prevails in the market today.

The GBP/USD pair was closed at 1.27434 after placing a high of 1.27808 and a low of 1.26902. Overall the movement of the GBP/USD pair remained bullish throughout the day. After posting losses for three consecutive days and remaining flat for a day, the GBP/USD pair finally rebounded on the upside on Thursday amid the U.S. dollar weakness and fresh actions by the U.K. government to lessen the impact of the second wave of coronavirus in the country.

The British Pound rebounded against the U.S. dollar on Thursday after the U.K. government revealed fresh measures to protect businesses and jobs. This helped decrease the ongoing fear about the economic fallout by the newly imposed restrictions on the economy. To contain the virus, the U.K. government made a law that prohibits gathering more than six people. Furthermore, the bars and pubs in the U.K. were ordered to close by 10 PM, and movie theatres and parks were closed again. However, on Thursday, the UK Chancellor Rishi Sunak attempted to ease the pandemic’s economic fallout.

According to the Tory government’s new plans, from November, the U.K. will subsidize the pay of employees who have not returned to work full time but are working at least a third of their usual hours. This came in as the furlough scheme’s expiry date at the end of October was near, and the U.K. businesses had been calling on the government to renew the support. The calls for new support increased after the fears emerged in the market that the second wave could improve the job losses.

On Thursday, the U.K. reported a record-high number of coronavirus cases in a single day with a count of 6634 cases. It was the highest single-day count even before the lockdowns. This pushed the need for new measures from the government that was also welcomed by the Bank of England’s Governor Andrew Bailey. However, the BoE governor, Andrew Bailey, was less optimistic about the economy when he said that the fast recovery pattern over the summer would not continue in the same way. The British Pound that was surged against the dollar on the back of new measures might not live for long as the uncertainty around the Brexit talks between the E.U. & the U.K. remains on the card.

The latest Brexit update shows that the E.U. has threatened to take legal actions against the U.K. over its plans to go ahead with the so-called internal market bill that would undermine some parts of the withdrawal agreement the Northern Ireland issue. The E.U. has given a deadline of the end of September to the U.K. to scrap the bill. Meanwhile, Michel Barnier, a top E.U. negotiator, has also said that despite the U.K.’s wrong intentions to halt the withdrawal agreement, the Brexit deal was still possible, but this time E.U. will remain firm and realistic in negotiations. This also kept supporting the GBP/USD gains on Thursday.

Meanwhile, on the data front, at 15:00 GMT, the CBI Realized Sales rose to 11 from the projected -10 and supported British Pound that added gains in GBP/USD pair on Thursday. On the USD front, the rise in unemployment claims during last week to 870K from the projected 845K weighed on the U.S. dollar pushed GBP/USD pair even higher.

The cable is consolidating in a sideways trading range of 1.2770 to 1.2725 level, as it has formed an ascending triangle pattern on the hourly timeframe. A bullish breakout of 1.2770 level can lead the Sterling price towards 1.2819 level on the higher side. Bullish bias will be more substantial over the 1.2770 level and bearish below the same level today.

The USD/JPY pair was closed at 105.409 after placing a high of 105.529 and a low of 105.203. After posting bullish bias for three consecutive days, the GBP/USD pair remained in a confined range on Thursday, but one way or another managed to close its day with modest gains.

The Governor of the Bank of Japan, Haruhiko Kuroda, and the Prime Minister of Japan, Yoshihide Suga, met on Wednesday met for the first time since the prime minister took office last week. After the meeting, Kuroda said that there was no change in the Bank of Japan’s stance that former PM Shinzo Abe set that pledged monetary easing in pursuit of a 2% inflation target. Furthermore, Kuroda said that the deadline for aid to pandemic hit firms might extend, and this weighed on the Japanese Yen that ultimately supported the USD/JPY pair’s upward momentum.

On the other hand, the persistent uncertainty over the U.S. stimulus and resurging coronavirus cases worldwide resumed the downfall momentum in Wall Street Indexes and provided support to the safe-haven greenback that added in the upward trend of USD/JPY.

In an early trading session on Thursday, the Bank of Japan published its Minutes from its latest meeting and showed that policymakers were willing to act as needed to counter the pandemic’s effects on the economy. However, the USD/JPY pair’s gains were limited by the increased number of jobless Americans who filed for Unemployment claim benefits during the last week. The actual number came in as 870K against the forecasted 845K and weighed on the U.S. dollar.

Furthermore, the Federal Reserve Chairman Jerome Powell and U.S. Treasury Secretary Steven Mnuchin testified before the Senate Banking Committee on Thursday. Both were gathered to discuss their agencies’ role in controlling the losses caused by the coronavirus crisis.

Powell said that the fears of slow economic growth have increased after the failure of the U.S. Congress to pass additional relief funds. Whereas, Mnuchin forced Congress to quickly pass the targeted relief fund by focusing on both parties’ needs and continuing the negotiations after that. The U.S. Dollar Index (DXY) rose to a two-month highest level, and this continued supporting the USD/JPY pair.

On Friday, the USD/JPY is consolidating with a bullish bias to trade at 105.460 level, and the series for EMA is now extending at 105.550 level. On the lower side, the support holds at 104.840 level. The MACD is also in support of bullish bias amid a stronger U.S. dollar and reduced safe-haven appeal. Bullish crossover of 105.550 level may drive more buying until 106.258. The idea is to stay bearish below the 105.470 level today. Let’s wait for Jobless Claims from the U.S. to determine further trends. Good luck!