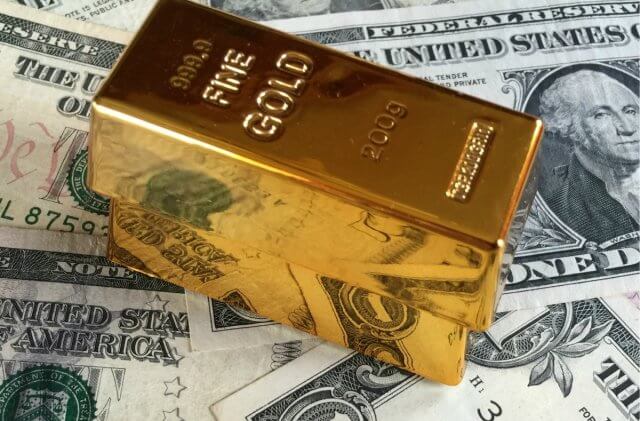 On the news side, the Canadian inflation rate will be in highlights, while the U.S. will release its existing home sales, which can drop as people may not have invested in the fixed assets amid covid19. The market can exhibit retracements from yesterday’s price actions.

The EUR/USD pair was closed at 1.15283 after placing a high of 1.15395 and a low of 1.14227. Overall the movement of the EUR/USD pair remained bullish throughout the day. The EUR/USD pair extended its bullish streak for 3rd day and reached the highest level since January 2020 after crossing 1.1500 level. The pair surged based on an agreement on a massive stimulus plan and broad-based U.S. dollar weakness.

The U.S. Dollar Index traded at its lowest since March at 95.37level on Tuesday and posted the third decline in a row. It dragged the U.S. dollar, which ultimately pushed EUR/USD higher. The U.S. dollar was weak due to hopes for a potential second set of the stimulus package from Congress and a rising number of coronavirus cases in the U.S. The broad-based U.S. dollar weakness gave a push to EUR/USD pair prices.

On Europe front, the long-awaited 750 billion euros stimulus package from the European Commission was agreed on by all member countries with some changes in its initial proposal. The 750 Euros worth package included 500 billion for grants and 250 billion for loans, but it was changed to 390 Billion in grants and 360 Billion in loans on Monday.

The agreed package sends tens of billions of euros to countries hardest hit by the virus, most importantly Spain and Italy, that has suffered hardest from the pandemic against its E.U. counterparts.

After the E.U. stimulus plan was approved by its member states, the hopes for E.U. economic recovery, after being hit by the pandemic, raised and boosted risk-on market sentiment in the market. As in result, the risk-perceived Euro currency gained and pushed EUR/USD pair higher.

The risk sentiment in the market was also supported by the hopes of a potential virus vaccine. The trials of coronavirus vaccine from the U.K. and China gave positive results in early-stage tests. Both countries claimed that the vaccine developed by their companies induced an immune response in the studied participants.

The increased risk sentiment after the potential vaccine news added further in the gains of EUR/USD pair. In the absence of any macroeconomic data release on Tuesday, the pair continued to follow the good news reaction and U.S. dollar weakness and reached above 1.1500 level.

The EUR/USD is trading within a bullish channel, providing resistance at 1.1556 level. Below this, the EUR/USD may find support at 1.1501 level. While the bullish breakout of 1.1556 can lead EUR/USD prices further higher until 1.1613 levels. The MACD and RSI are holding in a bullish zone, and these may drive bearish correction in the market today. Let’s expect selling bias below 1.1550 level today until 1.1500 and 1.1465.

The GBP/USD pair was closed at 1.27329 after placing a high of 1.27677 and a low of 1.26484. Overall the movement of GBP/USD pair remained bullish throughout the day. The GBP/USD pair extended its bullish rally and rose to its 5-week highest level since June 10 above 1.2700 level. The bullish rally in currency pair was caused by the risk sentiment and broad-based U.S. dollar weakness.

In the absence of any Brexit headline or major macroeconomic data release, the currency pair GBP/USD followed the U.S. dollar’s selling bias and continued its bullish streak for 3rd day. The continuous surge in coronavirus cases in the U.S. raised worries that the economic recovery is expected to take much longer than expected and kept the U.S. dollar bulls defensive. The sentiment was coupled with the optimism in the market about vaccine development and further decreased the safe-haven greenback.

As for the virus vaccine, the leading British drugmaker AstraZeneca and Oxford University revealed that their COVID-19 vaccine induced an immune response in its first clinical trials on humans. Two other potential vaccines, developed by Cansino Biologics in teamwork with China’s military establishment and the German drugmaker Biotech in collaboration with U.S. drugmaker Pfizer, also showed positive results early stages of the trials.

The risk sentiment was again boosted by the potential virus vaccine positive news and lead the pair GBP/USD on the upside. On the data front, the Public Sector Net Borrowing from the U.K. reached 34.8 B against the expected 34.5 B and gave almost null-effect to GBP/USD as it came as expected. On the U.S. front, there was no macroeconomic data on Tuesday.

On the virus front, the British economy has been hit hard by pandemic as last week, the Office for Budget Responsibility forecasted that the U.K. economy would contract between 10.6% -14.3%. However, the Chief Economist, Andy Haldane, maintained the optimistic tone in her speech and said that the economy had recovered about half of the fall seen in March & April after the pandemic. He added that the economy had produced a V-shaped bounce back.

These positive notes by Andy Haldane not only added in the risk sentiment but also pushed the currency pair GBP/USD gains even higher towards a 5-week top level.

The GBPUSD is also holding in an overbought zone, and now it can drop until 1.2685 level, which marks 23.6% Fibonacci retracement below this the next support will be found around 1.2670 level. At the same time, resistance stays at 1.2730 and 1.2760. The RSI and MACD are in the bullish zone, but they form smaller histograms that suggest odds of selling bias in the market. Let’s consider taking selling trade below 1.2740 until 1.2675 level today.

The USD/JPY pair reached under resumed bearish pressure during the U.S. session as another USD selling-wave knocked the markets. Currently, the USD/JPY pair is trading at its weakest level in 5 days at 106.85, losing 0.35% daily. The risk-on market sentiment initially got support from the fresh, upbeat report that Bloomberg has just reported about a COVID-19 vaccine developed; as the Russian Defense Ministry stating that they completed Phase 2 trials, leading First Deputy Defense Minister Ruslan Tsalikov to say the first domestic inoculation is ready for use, the article reads. Also, Japan approved the usage of dexamethasone to be included in Japan’s basket of cures to the pandemic, after earlier passing Gilead’s redelivery for its use.

However, the vaccine news suggests that the pandemic’s cure is nearby, which favored the risk sentiment. There are approximately 16 other vaccines that are in the progress of clinical trials in Australia, France, Germany, India, South Korea, the U.K., the U.S., and China.

The European Union (E.U.) leaders agreed on late Monday for a possible €1.8 trillion ($2.06 trillion) coronavirus spending package but with some changes in the proposal that was meant to reverse the coronavirus-induced slump in the European economies.

This news boosted the risk-on market sentiment and strengthened the bid tone around riskier assets. An additional boost on the risk sentiment was derived from negotiations for a second stimulus package in the U.S. after the sustained rise in the pandemic cases from the U.S., which increased hopes of America’s Phase 4 stimulus. Consequently, the safe-haven assets are facing boosted demand to expect Japanese yen as Japan is facing an increased number of COVID19 cases.

The USD/JPY has violated the symmetric triangle pattern, supporting the pair at 107 levels. Besides, the pair has also dropped below 50 periods EMA, which is suggesting further selling bias in the USD/JPY pair. On the lower side, the USD/JPY is facing support at 106.700 level, and closing of candles above this may drive slight bullish correction until 107 and 107.100 level before it continues with its selling bias. A bearish breakout of 106.700 level can drop until 106.535 level. Good luck!