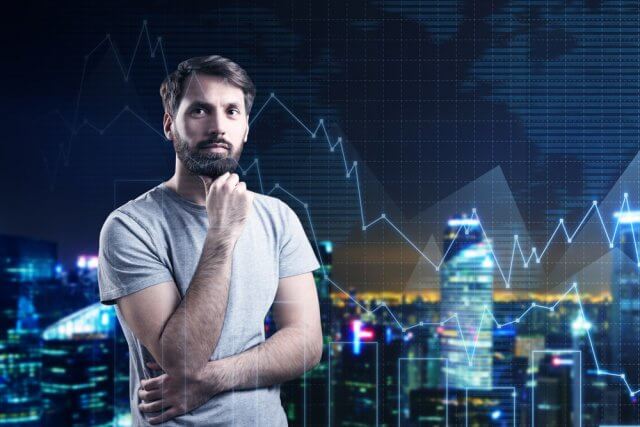 On the news front, traders will keep their focus on the German trade balance, and U.S. Jobless Claims data in order to predict further price action in the market. Both events are expected to perform better than before and may help positive moves in the U.S. dollar.

A day before, the EUR/USD pair was closed at 1.13294 after placing a high of 1.13516 and a low of 1.12621. Overall the movement of the EUR/USD pair remained bullish throughout the day. The EUR/USD pair rose on Wednesday due to the U.S. economy’s gloomy look after a rising number of infection cases from the U.S. Despite growing fears over a possible second wave of coronavirus in the U.S., the market’s risk sentiment improved. Investors have weighed hopes in favor of a swift economic recovery despite signs of a pandemic resurgence.

The Greenback has been increasingly compromised by the growing doubts over its safe-haven status, as the Chinese economy was improving quickly while the U.S. was still facing the prospect of the second wave. The EUR/USD pair edged higher on Wednesday against the U.S. dollar despite concerns that Eurozone’s economy could be headed for an additional recession than previously forecasted.

According to E.U. Commission Vice President Valdis Dombrovski, the European economy was facing many risks, including the second wave of coronavirus. The report of the E.U. Commission indicated that the rising number of infection cases in the U.S. and other markets had deteriorated the global outlook, and it could drag the European economy with itself.

However, in the absence of Eurozone economic data on Wednesday and the presence of safe-haven demand, the investors lost confidence in the U.S. dollar because of America’s struggling economy. And with the Euro being a direct competitor of the U.S. dollar, investors turned towards it and benefited single currency Euro, which ultimately pushed the EUR/USD pair.

On Wednesday, Spain and Italy’s leaders called for a strong response from the European Union to the economic crisis triggered by COVID-19. Ten days ahead of the E.U. Summit, where leaders of member countries will try to reach a deal on 750 B euros COVID-19 recovery package and the long-term E.U. budget, Italian PM met its Spain counterpart on Wednesday.

On the other hand, German Chancellor Angela Merkel on Wednesday urged E.U. countries to show unity and overcome differences to approve a massive coronavirus recovery plan in E.U. Summit. However, the gains were limited due to recent forecasts of and 8.7% contraction in the Eurozone economy this year. This weighed on the single currency and limited the daily gains in EUR/USD pair.

On Thursday, Euro traders will look forward to the release of German Trade data. Any improvement in the Eurozone powerhouse economy export will push the pair EUR/USD higher further. Meanwhile, the U.S. employment data will be under close observation by the traders to take fresh impetus. The EUR/USD pair will be driven by Eurozone economic data for the rest of the week. Any signs of economic recovery in the Eurozone area will provide support to the persisting gains.

The EUR/USD pair has violated the triple top resistance level of 1.1340 level, and above this, the pair has the potential to go after the 1.1405 resistance area. A bullish breakout of 1.1405 level can extend buying until 1.1489. Stay tuned to our forex signals; we will share more signals as soon as the market shows some movement.

The GBP/USD pair was closed at 1.26092 after placing a high of 1.26229 and a low of 1.25085. Overall the movement of GBP/USD pair remained bullish throughout the day. The GBP/USD exchange rate rose for the 4th consecutive day on Wednesday and reached 1.26229 level on the back of decreased demand for the U.S. dollar and a new stimulus package from the U.K. government.

The UK Chancellor Rishi Sunak said on Wednesday that U.K. would cut VAT on hospitality as part of a 3 Billion British Pound plan to prevent mass unemployment that was caused by the coronavirus pandemic.

He also announced that the U.K. government would pay firms a 1000 pounds bonus for every staff member they kept for three months when the furlough scheme will end in October. He also announced a scheme which will give 50% off to the people dining out in August. He added that he would cut VAT on food, accommodation, and attractions from 20% to 5% from next Wednesday. Mr. Sunak warned that hardships were ahead but also vowed that no-one would be left without hope.

The Chancellor refused to extend the furlough scheme beyond October as it would provide false hope to people that they will return to their jobs. Longer, the people remain on furlough; the more likely their sill could fade.

Mr. Sunak said that the U.K. would cut stamp duty on house purchases of up to 500,000 British pounds. The government will also invest an extra 1B pound in the work & pension department to support unemployed people.

After the 30 B pound stimulus package announcement, the GBP currency got some support and lifted GBP/USD pair a little.

On Brexit front, the U.K. government was seeking to agree “special provisions” with the European Union over food supply to Northern Ireland from the U.K. This provided some optimism over the Brexit and compromised deal. However, prospects of no-deal were also there in the market as the U.K. has said that it would go for Australian-style agreement if the end of the transition period secured no deal.

Meanwhile, the U.S. dollar was under pressure as its safe-haven status was compromised due to the pandemic’s struggling American economy. The U.S. Dollar Index was slipped 0.5% at 96.40 on Wednesday and weighed on the U.S. dollar. The weak U.S. dollar in the wake of an increased number of coronavirus cases from the U.S. gave a push to the already increasing GBP/USD pair on Wednesday.

The GBP/USD is trading with a bullish bias, especially after violating the resistance level of 1.2570 level. For now, this level is working as support, and the Cable can show further bullish bias above 1.2570 level to lead the GBP/USD pair towards 1.2680 level. The MACD and RSI are holding in a buying zone and the 50 EMA, which also supports the pair’s buying trend. The recent candles are also bullish, as it seems like the traders are looking to enter fresh long entries over 1.2630 level. Let’s consider taking buying trades today.

The USD/JPY pair was closed at 107.257 after placing a high of 107.709 and 107.200. Overall the movement of the USD/JPY pair remained bearish throughout the day. On Wednesday, at the Department of Education, U.S. Vice President Mike Pence claimed progress against COVID-19 even the infections topped 3 Million in numbers. In reply to the hiked number of cases from Florida, Arizona, and Texas, Mike Pence said that these were the early indications of a percent positive testing.

Pence joined President Trump in his push for reopening schools as it was needed not just for educating kids but also for the workforce and providing essential services. He also announced plans for new CDC guidelines after President Trump criticized public health agency for its impractical instructions to reopen schools. Donald Trump warned schools on Wednesday that if they do not open in fall 2020 due to coronavirus pandemic, he may cut off government funding.

Pence said that the national death rate from coronavirus was lowered compared to before and said that early indications for positive testing from three major states were flattening. Pence and Trump’s statement pushed he equities back into upward trend and decreased the demand for safe-haven U.S. dollar, downed the U.S. Dollar Index to 96.47 level, and added in the downward trend of USD/JPY.

The U.S. dollar was already under pressure due to the rising number of coronavirus cases, which affected the U.S. economic outlook as it was struggling heavily to fight the pandemic. This compromised the safe-haven U.S. dollar status, and hence U.S. dollar lost its demand in the market, which dragged the USD/JPY pair with itself.

However, the safe-haven Japanese Yen was stronger against the U.S. dollar on the back of increased demand for safe-haven during uncertainty related to coronavirus and positive macroeconomic data from Japan on Wednesday, which helped to add losses in USD/JPY pair. On the data front, at 4:50 GMT, the Bank Lending for the year from Japan surged to 6.2%from the forecasted5.0% and supported the Japanese Yen, which ultimately pushed the already rising USD/JPY pair prices further.

The USD/JPY is consolidating in a wide trading range of 107.800 to 107.250. At the moment, the pair is trading with a selling bias of below 107.80 resistance. On the hourly charts, the USD/JPY is dropping below 50 periods EMA, which supports the Japanese pair’s selling bias. It seems like we have a margin to capture quick 25 pips in USD/JPY as the pair moves within a sideways range and has odds of the testing support level of 107.250. Good luck!