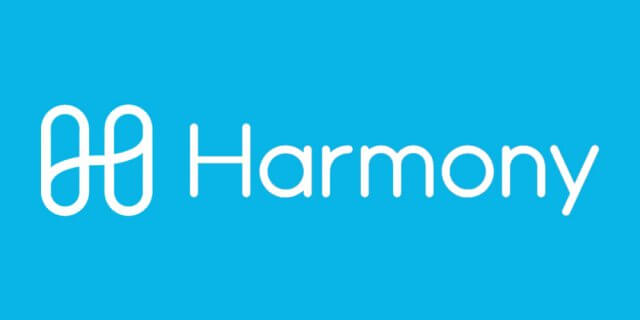 Bitcoin, the first blockchain and cryptocurrency was designed to facilitate a peer-to-peer payment system that operates beyond the centralized control of governments and without intermediaries such as banks. But as the cryptocurrency has gained more popularity and more users crowd the network, so has the transaction speed slowed down, and transaction fees became prohibitively expensive.

Succeeding blockchains have attempted to improve Bitcoin one way or another. One of these is Ethereum, which enables developers from all over the world to build ‘smart contracts.’ Smart contracts are a new kind of contract that is self-executing and self-enforcing. But even Ethereum failed to solve the scalability problem, averaging only 15 transactions per second.

Other projects like Zilliqa have sought to solve the scalability problem by implementing sharding – the technique of partitioning a database so as to enhance network speed. Still, this approach came short. First, it does not support state sharding, preventing nodes with limited computing power from participating in the network. Second, it uses a proof-of-work mechanism for the random generation of transaction validators.

Harmony is a project that seeks to address the enduring issue of blockchain scalability by providing a fully scalable, secure, and environmentally friendly blockchain.

Harmony is a public blockchain network that aims to provide scalability for decentralized applications. It aims to do this by dividing the network states into shards, effectively “scaling linearly in all three aspects of machines, transactions and storage.”

Harmony differentiates itself from other scaling blockchains in the following ways:

Harmony utilizes a proof-of-stake consensus mechanism based on what it calls (FBFT) to facilitate faster transactions. On top of that, it uses BLS (Boneh-Lynn-Shacham) signatures – a signature technology that verifies user authenticity. The BLS signature allows Harmony to scale faster than if it were using the traditional PBFT algorithm.

Harmony employs sharding, which involves partitioning network data into smaller and more manageable chunks. This is to achieve high-level scalability by facilitating faster confirmation of transactions. However, it goes further to incorporate ‘state sharding,’ also known as network sharding. State sharding involves splitting the entire network’s state across all the nodes and yet again across shards, paving the way for nodes to interact with each other without verification conflicts.

Who’s on The Harmony Team?

The Harmony team comprises experts who bring to the table experience in cryptocurrency and blockchain, coding, engineering, decentralized protocols, and business. The core team is made of Stephen Tse, Rongjian Lan, Nick White, and Sahil Dewan.

Stephen Tse is an experienced engineer and coder with more than 15 years of experience. He has a Ph.D. in security protocols and compiler verification from the University of Pennsylvania.

Rongjian Lan is a decentralized protocols enthusiast who was also a search infrastructure engineer at Google’s Play Store. Lan is the author of more than ten academic papers on Spatio-temporal and map-based visualization.

Nick White is an artificial intelligence and applied mathematics researcher who has Bachelor’s and Master’s degrees in electrical engineering from Stanford University.

Sahil Dewan has a degree in business from the Harvard Business School, where he also served as president of the blockchain and cryptocurrency Club. He’s a former employee at the Draper Dragon Fund.

The Harmony Token (ONE)

Harmony has a utility token known as ONE, which runs atop the network’s mainnet since June 2019. The token plays the following roles in the Harmony ecosystem;

ONE’s distribution was as follows:

Where to Buy and Store ONE

You can buy ONE tokens from a variety of exchanges, including Huobi, Binance, WazirX, KuCoin, BitMax, Gate.io, MXC, HitBTC, Bilaxy, and Bitsonic.  With storage, you also have a variety of options, including Trust, Ledger, Math Wallet, and Guarda Wallet.

Harmony manages to solve the decade-old, thorny issue of blockchain’s lack of scalability. By its use of state sharding, and it’s a unique twist to the traditional practical Byzantine fault tolerance mechanism, the blockchain can scale faster than other existing blockchains. Harmony excels where other blockchains have fallen short, and perhaps we’ll see more blockchains adopting some of its techniques in a bid to attain increased scalability.