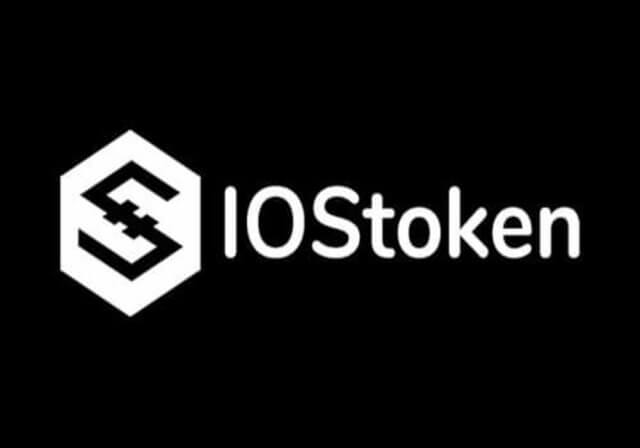 Current online services are centralized. And this has exposed them to serious privacy violations, fraud, high fees, and regulatory interference. In an era when personal autonomy and privacy are more valued than ever, centralized service provider systems are considered obsolete.

Blockchain tech proponents consider it the ultimate solution for all modern problems, and are actively exploring in finding solutions to these issues. Ethereum, Steemit, and EOS are some of the blockchain-based projects that have taken the lead in this regard. However, the majority of them are too specialized. Steemit, for instance, aims to decentralize the ability for content creators to earn from crypto, while Ethereum wants to enable the creation of decentralized applications.

What’s more, these blockchains are burdened by low transaction throughputs that can sometimes overwhelm the network. Ethereum’s CryptoKitties saga is a glaring example of how much the blockchain is incapable of supporting a massive volume of transactions. These two limitations – inflexibility and lack of scalability – make it impossible for the blockchain to be used for enterprise purposes.

Internet of Services (IOS) is a blockchain project that wants to power enterprises by providing a Blockchain as a Service platform. This way, online businesses can take advantage of the properties of blockchain technology to improve service delivery for the benefit of all stakeholders. The network has two tokens: IOST and Servi, which play different but complementary roles in the platform.

What is the Internet of Services (IOS)?

IOS is a blockchain infrastructure designed to achieve high levels of security and scalability for online businesses. It aims to solve the problem of high fees, slow transactions, and slow throughput associated with the traditional blockchain.

The team believes that these problems are caused by the present limiting nature of the current blockchain infrastructure and its slow transaction verification protocols. The end game is to eliminate these problems so that online service providers can take advantage of blockchain in ways not possible before.

How Does IOS Work?

The IOS platform is powered by five pieces of technology, which we’ll take a look at below.

Before we get into EDS, we first need to understand the concept of sharding. Sharding is a data partitioning technique in databases that breaks data chunks into smaller and more manageable pieces. Sharding is by no means a novel concept – but one that’s been used in the computing space for years.

In a blockchain environment, sharding divides the computational workload of network nodes in a way that every individual node is not responsible for maintaining the entire blockchain, or for participating in the verification of every single transaction. Instead, nodes only maintain information and process the transactional load in their partition/shard.

But this raises some questions. How do you assign nodes for the shards? How can the network cushion itself against potential malicious node activity? How do you choose leader nodes?

IOS utilizes a Distributed Random Protocol (DRP) to take care of these issues. In a nutshell, DRP utilizes ‘non-interactive zero-knowledge proofs (NIZKs)’ and ‘publicly verifiable secret sharing (PVSS) to create tamper-proof and truly randomized shard nodes. It also uses Algorand and Omniledger protocols to prevent the malicious activity of nodes. With these mechanisms, the network ensures that leader nodes operate the DRP protocol, and are ejected from the network if they don’t.

TransEpoch is a protocol that enables remaining nodes to continue working when other nodes are downloading transactions’ history data – a process known as ‘epoch.’ TransEpoch uses the Byzantine Fault Tolerance consensus mechanism to prevent malicious nodes from taking over the petition during the epoch.

In any sharding system, the network will always need to conduct cross-shard transactions from time to time. This adds a layer of complexity on the network that renders it vulnerable to double-spend attacks. The IOS network implements the ‘Byzantine Shard Atomic Commit (Atomix)’ protocol to reduce the likelihood of this happening.

IOS implements a new consensus mechanism known as Proof of Believability that segregates all the nodes in the network into two categories: believable and normal. This is how it works: believable nodes are in charge of processing transactions, after which normal nodes validate and verify these transactions.

For a node to be assigned into the believable category, it first has to have a satisfactory believability score. This score is calculated based on token balance, reviews by the community, and community participation.

For their part, normal nodes are tasked with ensuring that believable nodes are acting transparently. If a believable node is caught acting maliciously, the believability status is revoked, and they will lose their tokens. This is meant to incentivize good behavior among nodes.

MSBs are IOS’s way of preventing the blockchain from becoming too bulky. In the traditional blockchain, each node maintains the entire network. While this enhances its security, it also means the whole process is bound to become resource-intensive as more transactions are conducted on the network.

IOS eliminates this problem through the use of MSBs, which is a protocol that facilitates nodes to validate just the headers of previous transaction blocks (as opposed to entire blocks) and that the entire network is proportionately distributed across shards.

Tokens of the IOS Network

IOS has two tokens: the IOS token (IOST) and the Servi token. The IOS token facilitates transactions and the payment of commission fees on the network. They are also a factor in the calculation of believability scores. Users can earn IOST by validating transactions and renting processing power and storage that will be used in smart contracts execution.  The IOS team distributed all the tokens (a total of 21 million) during the ICO.

Here are the other uses cases of IOST:

The token’s distribution was as follows:

The Servi token measures the contribution of validator nodes. Unlike IOST, the token is not tradable, and it’s automatically destroyed after the verification of a block. This allows the nodes with a high believability score to take turns with the validation process, ensuring a fair process for everyone. The Servi token is self-issuing.

Who’s on the IOS Team?

The IOS team comprises members with nothing but stellar credentials. The members are spread across Asia and North America, and include the following:

Where to Buy and Store IOST

You can grab yourself some IOST tokens from any of several exchanges such as Binance, Huobi, BitHumb, HitBTC, Bitrue, BKEX, BitMax, Upbit, and Bitvavo. It’s available as a market pair with cryptos such as BTC, ETH, BNB, USDT, as well as with Fiat currencies such as the US Dollar and the Euro.

While IOST’s proposition is not exactly new in the blockchain space, it manages to inject something fresh with its novel technologies that guarantee top-notch scalability and security for applications. And the platform is not limited to any specific kind of application, making it flexible for all sorts of businesses. It will be interesting to see how the project evolves over time.