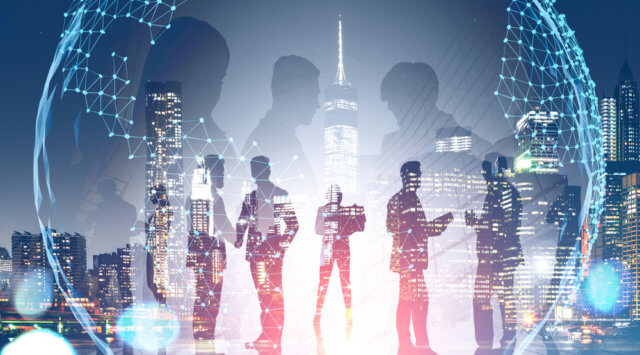 On the forex front, the British pound slid 0.5% to a two-week low of $1.3017, posting a three-day decline. Official data showed that U.K. retail sales dropped 0.6% on month in November (+0.2% estimated), falling for a fourth straight month–the worst run since 1996. On the other hand, the Bank of England held its benchmark rate at 0.75% unchanged as expected.

The EUR/USD pair exhibit bearish bias to hit the low level of 1.1117 from the Tuesday high of 1.1175 ahead of United States data release. At the moment, the EUR/USD pair is currently trading at 1.1116 and consolidates in the range between the 1.1114 – 1.1126. The pair has dropped but still staying inside the one-week-old symmetrical triangle.

The EUR/USD currency pair’s weekly candle now has a long upper shadow, which is a significant clue of bulls losing steam above the resistance of the trendline dropping from September 2018 and June 2019 highs.

The currency pairs trendline resistance is currently seen at 1.1148. The pair had increased to a high of 1.1175 previously but dropped again below 1.1148 on the next day. As a result, the consecutive failure of buyers to beat the convincing break above the trendlines has supported the negative risks, which may increase if the United States data ignore past expectations. The data is scheduled to release today.

If the personal spending and Core PCE release unexpectedly come out better, they will validate the Federal Reserve’s recent decision to pause the rate cuts and push the greenback higher.

On the other hand, a big miss may fuel the greenback sell-off. Looking forward, the EUR/USD currency pair will turn bullish mainly if the pair beats the weekly close above the trendline hurdle at 1.1148.

On Friday, the EUR/USD continues to trade mostly sideways, while investors await the U.S. GDP figures. The EUR/USD is trading with slightly bearish sentiment, and it’s very likely to test the next support area around 1.1110 on the 4-hour chart.

The bearish breakout of this level can trigger further selling until 1.1085. Conversely, the bullish bias can lead the EUR/USD to 1.1125 and 1.1160 resistance levels. Let’s wait for the sell trade below 1.1110 today.

The voting result will be released at 15:00 GMT on Friday. Traders will likely watch the final figures of the United Kingdoms’ 3rd-quarter Gross Domestic Product (GDP) for new directions. According to the forecast, there will no change in the GDP figures on QoQ and YoY basis that are 0.3% and 1.0%, respectively.

The USD/JPY closed at 109.366 after placing a high of 109.685 and a low of 109.180. Overall the trend for USD/JPY on Thursday remained bearish after the Bank of Japan kept its rates unchanged on Thursday at minus -0.1% the pair USD/JPY dipped in the financial market.

The BOJ voted 7 to 2 to keep its short-term interest rates at -0.1% and the long-term rates at 0%. According to the Central Bank of Japan, the economy was likely to continue on a moderate expanding trend. The impact of the global economic slowdown on domestic demand was expected to be limited in the future. Although the fears of global economic slowdown still prevail in the market.

The global economic outlook was raised after the phase-one deal between the U.S. & China and the victory of Johnson in Britain elections. Bank of Japan revised its GDP forecast for next year to 1.4% from the previous prediction of 1.2%.

The positive gestures and statements in Bank of Japan’s monetary policy statement on Thursday weighed on USD/JPY prices.

Adding in the downward trend of pair USD/JPY was the U.S. economic data that day. At 18:30 GMT, the Current Account Balance for the 3rd Quarter of the U.S. declined to -124B from -122B expectations. The Unemployment claims from last week surged to 234K from expected 225K. The C.B. Leading Index also fell to 0.0%, and the Existing Home Sales dropped to 5.35M from 5.44M of expectations.

On the other hand, the U.S. House of Representatives voted in favor of passing the impeachment of Donald Trump and made him third U.S. president to be impeached. However, the U.S. Senate of Republicans is still to vote on this, and it is expected that they will not vote against Trump.