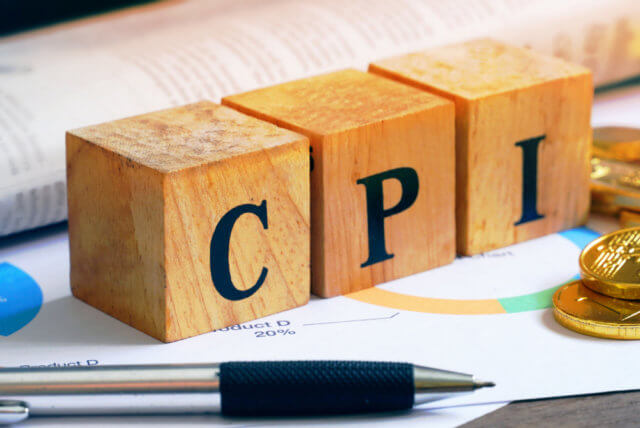 On the forex front, the British pound plunged 1.6% to $1.3122, wiping out its gains since the election day last Thursday. Media reported that U.K. Prime Minister Boris Johnson might amend the withdrawal agreement bill to block any further extension of Brexit. Hence the prospect of a no-deal Brexit is still on the table.

Also, the U.K.’s official data showed that the jobless rate for the three months to October was steady at 3.8% (3.9% expected). Later today, investors will focus on U.K. consumer inflation data for November (CPI +1.4% on year expected).

The EUR/USD currency pair remains in the red territory and hits the strong bearish track after got repeated rejection to cross the 200-day Moving Average resistance. As of writing, the currency pair is currently trading at 1.1133, representing a 0.14% declines on the day and consolidates in the range between 1.1131 – 1.1155.

The EUR/USD pair hit the high level of 1.1155 but failed to beat the 200-day Moving Average resistance. Looking forward, the currency pair will likely pick up further selling trend if the German data disappoints expectations, whereas if the German data beats expectations figures, the currency pair can beat the 200-day Moving average.

It should also be noted that the buyers failed to secure a daily close above the long-term average for the 4th-straight day on Tuesday because the range between the United States and German ten-year bond yields increased nearly 5-basis points to 218 basis points.

Looking ahead, the German IFO survey, scheduled to release at 09:00 GMT, is expected to show the expectations index increased to 93.0 in December from 92.1, according to the latest survey of analysts.

As we recently mentioned that an above-forecast figure is needed to confirm last week’s ZEW survey, which showed the German economy has bottomed out and draws bids for the EUR currency. Moreover, an upbeat on expectations will likely yield a move above the 200-day MA at 1.1151.

The European Central Bank’s President, Lagarde, is scheduled to speak at 08:30 GMT. Lagarde is unlikely to sound dovish and will likely repeat the need for fiscal stimulus.

Technically, the EUR/USD traded mostly sideways ahead of CPI, and German Business Climate figures. The EUR/USD is trading with a slightly bearish bias, and it’s very likely to test the bullish trendline on the 4-hour chart. The bullish trendline is likely to support the EUR/USD above 1.1125. Continuation of a bullish bias over 1.1125 can hold EUR/USD bullish unto 1.1160 and 1.1185. The EUR/USD’s next support lingers around 1.1095 today,

The GBP/USD currency pair flashing red and hit the four-day lows of 1.309 down -0.30% on the day. The currency pair continues its bearish streak and still under pressure. That is mainly due to hard Brexit fears intensified after UK PM Johnson’s confirmed to the parliament that his office planned to ensure by law that the U.K.’s post-Brexit departure period will end in Dec 2020.

It should be noted that the departure uncertainty regarding Brexit was always considered as the risk faced by the GBP currency, but it was priced in sooner than anticipated. As a result, the soft Brexit premium is currently being priced out of GBP, and buyers have been sent back from the buying track.

At the greenback front, the U.S. Dollar (USD) benefited from the upbeat industrial production and housing market numbers along with the welcome comments from the Federal Reserve (Fed) officials. The greenback also got the support of trade-related positive statements from the Treasury Secretary Steve Mnuchin and Trade Representative Robert Lighthizer.

Looking forward, the GBP buyers will closely observe the November month inflation data, whereas the Fed speak will likely offer additional hints. In this regard, T.D. Securities said, “We look for CPI to edge a touch lower to 1.4% y/y in November (market 1.5%). Underlying this, we expect core CPI to hold unchanged at 1.7% y/y (market 1.6%) for the 3rd-month in a row.

The GBP/USD is trading bearish below 1.3178 as the pair has violated the 61.8% Fibonacci retracement level of 1.3240. Below the same mark, the 50 periods EMA is likely to provide resistance to the GBP/USD.

The RSI and MACD are holding in the oversold zone, suggesting odds of a bullish reversal upon completion above the double bottom support level of 1.3095. Today, consider taking buying trades above 1.3100 and bearish trades below 1.3178.

On the data side, at 2:00 GMT, the U.S. Department of the Treasury published the TIC Long-Term Purchases for October, and it showed a decline to 32.5B from expected 52.2B and weighed on U.S. dollar.

The Building Permits from the United States showed growth in November when released at 18:30 GMT. In the previous month, it was expected that 1.41M building permits would be issued. Still, according to the reports, the number of actual building permits in November exceeded the expectations and came in as 1.48M to support the U.S. dollar.

The number of U.S. residential buildings that began construction during November also exceeded the expectations and supported the U.S. dollar on Tuesday. It was expected that 1.34M house buildings would start its construction, but in actual 1.37M, housing starts.

At 19:15 GMT, the Capacity Utilization Rate from Federal Reserve was published, which showed that 77.3% of available resources were being utilized during November. The expected figure was almost the same 77.4% and did not affect the U.S. dollar. However, Industrial Production from the United States for November also increased to 1.1% from expected 0.8% and supported the U.S. dollar.

At 20:00 GMT, the JOLTS Job Openings for October showed growth to 7.27M from the expected 7.01M and supported the U.S. dollar. And at 20:01 GMT, the IBD/TIPP Economic Optimism for the month of December was surged to 57.0 from forecasted 54.2 and supported U.S. dollar on Tuesday.

On the technical side, the USD/JPY consolidates below 109.700 resistance level. The same level marks a triple top pattern has the USD/JPY faced a hard time violating it back on Dec 1, 13, and 16.

The 38.2% Fibonacci retracement level is supporting the USD/JPY pair around 109.200 level. While the RSI and MACD are suggesting chances of further selling in the USD/JPY pair. The pair may trade bearish below 109.53 to target 109.200 today.