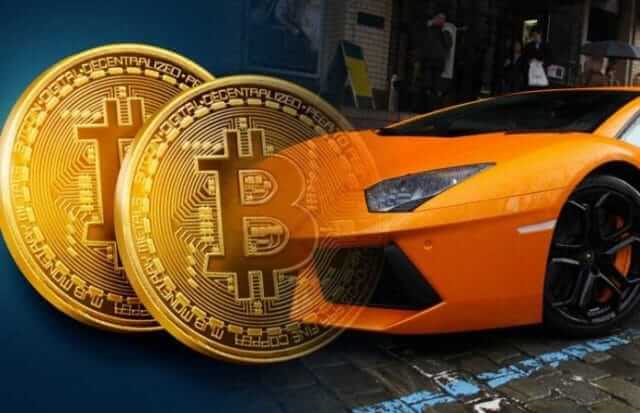 Ten years after blockchain came to life, we’re seeing new adoptions of the technology on a larger scale than ever before. These days, barely a week passes without hearing another blockchain application in news headlines. The latest to enter the fray has been none other than sports car favorite Lamborghini – which is now using Salesforce blockchain to authenticate cars.

One of the most recognized luxury car brands, Lamborghini, has been leading from the front in innovation in the automobile industry since 1963. And the brand is now tapping into blockchain’s potential to streamline its processes, enhance customer experience, and maintain the value of its legacy autos.

“Innovation has been at the core of our company since its founding,” said Paolo Gabrielli, Head of After Sales at Automobili Lamborghini, adding “Salesforce Blockchain will allow us to take our innovation a step further, accelerating the authenticity of our heritage vehicles faster than ever.”

And Adam Caplan, senior vice president of emerging technology at Salesforce, said: “Blockchain is changing the way companies approach trust and transparency. Lamborghini is a perfect example of this – we’re excited to see how such an iconic brand is able to innovate and transform the vintage car market with cutting-edge technology like Salesforce Blockchain.”

Lamborghini’s application of blockchain follows a recent pilot project involving its first car to be certified using the technology. In August, Lamborghini Aventador S was certified on Salesforce Blockchain for a show at the Monterey Car Week in California – to protect the authenticity and art of the car. Salesforce announced that the process was one of “authenticity certification, which makes use of Salesforce Blockchain to guarantee data security and incorruptibility.”

The goal, the company announced, was to “prevent counterfeiting; to trace and certify all the information related to the model, and at the same time favor an increase of value for all the stakeholders.”

What is Salesforce Blockchain?

Salesforce is an American digital marketing automation and analytics company. In May this year, the company announced a Blockchain-powered solution that “extends the power of client relations management.” The answer would help users build and maintain the blockchain network, apps, and smart contracts.

The Salesforce Blockchain is built on the Hyperledger Sawtooth Platform – an open-source blockchain platform that allows companies to develop distributed ledger applications and networks.

Salesforce and Blockchain: a History

Salesforce and blockchain go back a year ago – when the company announced its blockchain plans at TrailheadDX. Marc Benioff, the company’s CEO, told Business Insider that he had been thinking about the idea after an attendee at the World Economic Forum approached him and suggested Salesforce should incorporate blockchain in its services. Benioff said he was intrigued by the idea, stating, “And it’s like you know if you did this, this and this you could add blockchain and cryptocurrencies into Salesforce…and I’m like ‘wow,’ and that’s kind of how it works.”

The company had had a dalliance with blockchain before, partnering with the blockchain startup Dapps Inc, which in May 2017 had announced the release of a product allowing users to integrate the Salesforce system with the Hyperledger, Ethereum, and Bitcoin blockchains.

This year, the company joined the Blockchain Research Institute, the global blockchain think tank, which boasts members like Microsoft, IBM, the Bank of Canada, PepsiCo, and other influential companies. In November, Salesforce secured a patent for a blockchain system that would enable it to filter spam and verify the authenticity of emails after they were sent. The patent spoke to the immutability (unchangeable nature) and distributed nature of blockchain that makes it impossible to modify information once it’s been committed to the blockchain.

On May 23, the company published a brief primer of the technology on its blog – recounting the basic principles of blockchain-like its ability to facilitate faster money transfers, improve medical storage procedures and increase transparency in supply chain management. It also explained how blockchain could help Salesforce in its customer relationship management field.

“Blockchain is a technology that promises to fundamentally change how we share information, buy and sell things and verify the authenticity of the information we rely on every single day – from what we eat to who we say we are. And because it can facilitate all of this in a secure, efficient, and transparent ways across many different domains, the effects can be transformative –every business, government, and individual can benefit.”

As a high-end luxury car brand, Italian car manufacturer Automobili Lamborghini has been at the forefront of innovation all its existence. The brand is known for its agility in adopting innovative technologies to transform operations.

Its latest move to leverage blockchain has shown the auto industry that utilizing novel technologies can streamline processes, increase value for customers, and uphold brand value.

In the official press release on November 19, Salesforce gave some insights into how the car brand is using blockchain to improve processes. Divulging that each Lamborghini vehicle undergoes at least 800 certification checks before being released, they stated that the inspections require a massive network of people – “photographers, auction houses, dealerships, repair shops, newspapers, magazines, and other media sources – to curate the full history and most importantly verify all of the parts and service of each unique vehicle.”

In light of how grueling the process is, Salesforce is stepping in to create trust between all the partners involved and to enable Lamborghini to authenticate each vehicle faster and more securely than ever before.

Blockchain is designed to increase trust, transparency, and accountability with every player involved receiving secure, verified, and tamper-proof information. Any change to the chain is immediately recorded on the blockchain and is visible to everyone.

But getting every party involved on board has always been challenging– as it requires heavy-duty data integration at each stage. To resolve this, Salesforce uses clicks – rather than code, to achieve a faster set-up process. This saves the time that would have been used building up lines and lines of code as well as helps to integrate partners who are aren’t Using Salesforce applications.

Lamborghini has named its blockchain system “sicura” – which means safety in Italian. Sicura is the layer that links all the parties involved – dealers, logistics companies, auction houses, media houses, dealerships, photographers, and the car manufacturer itself – so that data can be gathered and shared faster and in a trustworthy manner. Before, the verification process for a car was three to six months, but thanks to Sicura, the process now takes place in a matter of days.

Customers can also download an app that allows them to request a certification or hire a car. And partners can access real-time info, enabling everyone to track progress every step of the way. Once authentication is complete, data is stored on the blockchain where all current and future owners of a vehicle can access it.

Lamborghini is only one in a growing field of companies that are adopting blockchain to make processes quicker, more transparent, and make information permanent and hence tamper-proof. By utilizing the technology, plenty more companies could cut on costs, increase accountability, and enhance the customer experience. One thing is clear, though – the technology is here to stay, and we can expect to see it being adopted on a larger scale in the coming years.