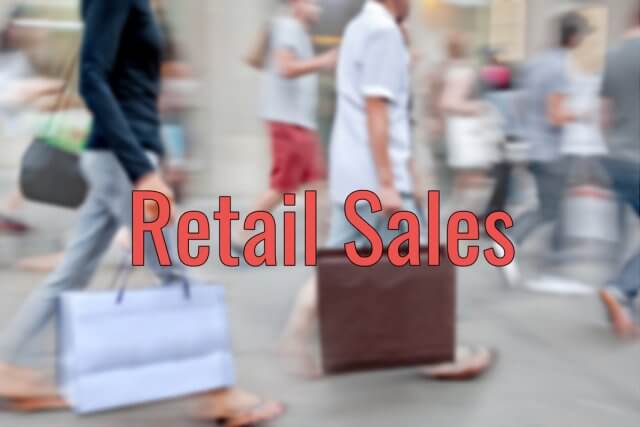 The U.S. dollar soared versus major currencies despite bounce off in the crude oil prices, at the same time, the U.K. Brent also made some bullish recovery. The U.S. House of Representatives assumes to establish a nearly $500 billion coronavirus relief bill, which once again can trigger safe-haven demand of the U.S. dollar.

During the Asian session, the U.S. dollar is headed for its best week since early April, as plunging oil prices pressures on commodity currencies and division over Europe’s emergency fund dragged on the euro. The market will mostly move based upon U.K. retail sales and German business climate figures today.

The EUR/USD has traded bearishly at 1.0771 level after having violated the symmetric triangle pattern, which was supporting it around 1.0850. A daily close under 1.0783 level is likely to drive more sell-off below this level. Traders seem worries about potential recession since the release of worse than expected PMI figures.

The drop in business activity not only in Germany but also in overall Europe has expanded in April, with both services and manufacturing witnessing a historic dip in output as a consequence of the COVID-19 pandemic and subsequent lockdown.

The headline Flash Germany Composite PMI recorded 17.1 in April, down distinctly from 35.0 in March, and by far, it’s the lowest reading since comparable figures were first collected more than 22 years ago. The preliminary figures were based on replies received between April 7-22. Shutdowns caused by the COVID-19 did not influence the survey response rate.

There remains some uncertainty that Europe is still not ready to deepen fiscal integration, and the finance ministers will likely be unable to give an appropriate fiscal stimulus. As in result, the peripheral bond spreads may widen, which may booster further losses in the EUR/USD currency pair.

The eurozone economy experienced the sheerest declines in business activity and employment ever registered during April as a consequence of actions taken to restrain the coronavirus break, according to provisional PMI survey figures. Later today, the focus will remain on the German Ifo Business Climate figures to determine further trends in the EUR/USD pair.

On Friday, the EUR/USD pair continues trading in a selling mode around 1.0773, perhaps due to weaker manufacturing and services PMI figures. The overall trading bias continues to be bearish as the EUR/USD prices are holding below 50 EMA, which is extending resistance around 1.0837 level.

On the 4-hour chart, the EUR/USD has violated the symmetric triangle pattern, which is driving the selling trend in the pair. Currently, it’s holding the pair over 1.077, which is the triple bottom level. Above this, a slight bullish recovery can be seen until 1.0850 level. While bearish breakout of 1.0765 level can drive selling until 1.0649 level today, let’s look for selling trades below 1.0770 level today.

The GBP/USD price is consolidating in a narrow trading range of 1.2424 – 1.2300. Sterling’s overall bias remains bearish since the release of manufacturing data. General business shutdowns at local and international levels in reply to the coronavirus infection 2019 (COVID-19) pandemic unsurprisingly ended in a speedy decline in U.K. private-sector production during April.

The United States President Donald Trump continues to push for the economic re-start, whereas giving worse warnings to Iran. He indicated a decrease in the further coronavirus outbreak. The GBP/USD currency pair flashing buy and sell, now holding at 1.2345 while reporting 0.07% losses on the day, probably due to the Tory government growing criticism about the mishandling coronavirus crisis.

The GBP/USD showed a slight bullish reversal to place a high around 1.2414, but the bullish trend wasn’t long enough as prices recorded soon. At the moment, the Cable is trading at 1.2347 area, which is also a resistance level extended by the downward channel. The 50 periods EMA also extend resistance at the same level 1.2368. A bullish breakout of 1.2368 level can extend the buying trend until 1.2420 level today. Elsewhere, the support continues to hold around 1.2258 level. The 50 EMA and MACD are both are suggesting selling bias in the Cable. So let’s look for selling trades below 1.2399 and bullish above 1.2420 level today.

On Friday, the USD/JPY is consolidating in a narrow trading range of 108.00 level to 107.500 level, mainly due to the risk-on market sentiment keeps the safe-haven Japanse lower and providing support to the currency pair. The U.S. announced 4.427 million initial jobless claims for the preceding week overnight, with an unparalleled 26 million people dropping their jobs since late March.

At the USD front, the U.S. dollar took bids due to mixed risk sentiment, which is starting to dominate the markets and caused the bearish pressure to remain intact. The U.S. Dollar Index, which dropped below the 100 marks earlier in the day, is up 0.12% on the day at 100.47 and stays on track to close the 4th-straight day in the positive area.

The latest pullback of the U.S. dollar kept a lid on bullish moves in the pair. Currently, the USD/JPY is trading at 107.67 and consolidates in the range between the 107.66 – 107.86. However, investors are cautious and waiting for a fresh catalyst before placing any position.

Whereas, the multiple diverging factors failed to provide any meaningful direction or assist the pair in breaking through a narrow trading band held since the beginning of this week. The reason behind the risk-on market sentiment is the report regarding the passage of another $484 billion U.S. economic support package by the U.S. Senate. While the latest modest recovery in crude oil prices also keeps the market sentiment calm.

Looking ahead, the eyes will remain on the Core Durable Goods Orders m/mas that’s due during the U.S. session in order to forecast further trends in the USD related pairs.

The USD/JPY is mostly trading sideways within a narrow trading range of 108.020 – 107.300 zones. At the moment, it’s holding at 107.597, having formed a descending triangle pattern on the 4-hour timeframe. The triangle pattern is extending resistance around 107.850, along with support around 106.980. If USD/JPY manages to violate the descending triangle pattern, we may see pair dropping towards 106.200. While on the upper side, a bullish breakout of 108 can lead USD/JPY prices towards 109.100. The leading indicator, such as MACD and 50 EMA, are supporting bearish bias in the market today.