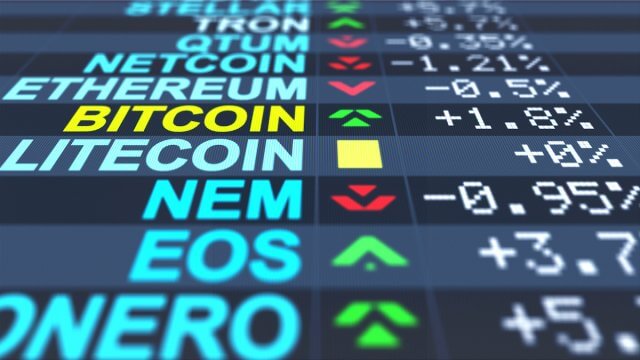 The cryptocurrency sector has surprised the market and pushed towards the upside despite the short-term bearish sentiment surrounding it recently. Bitcoin is currently trading for $10,630, representing an increase of 3.56% on the day. Meanwhile, Ethereum gained 5.49% on the day, while XRP gained 3.71%. 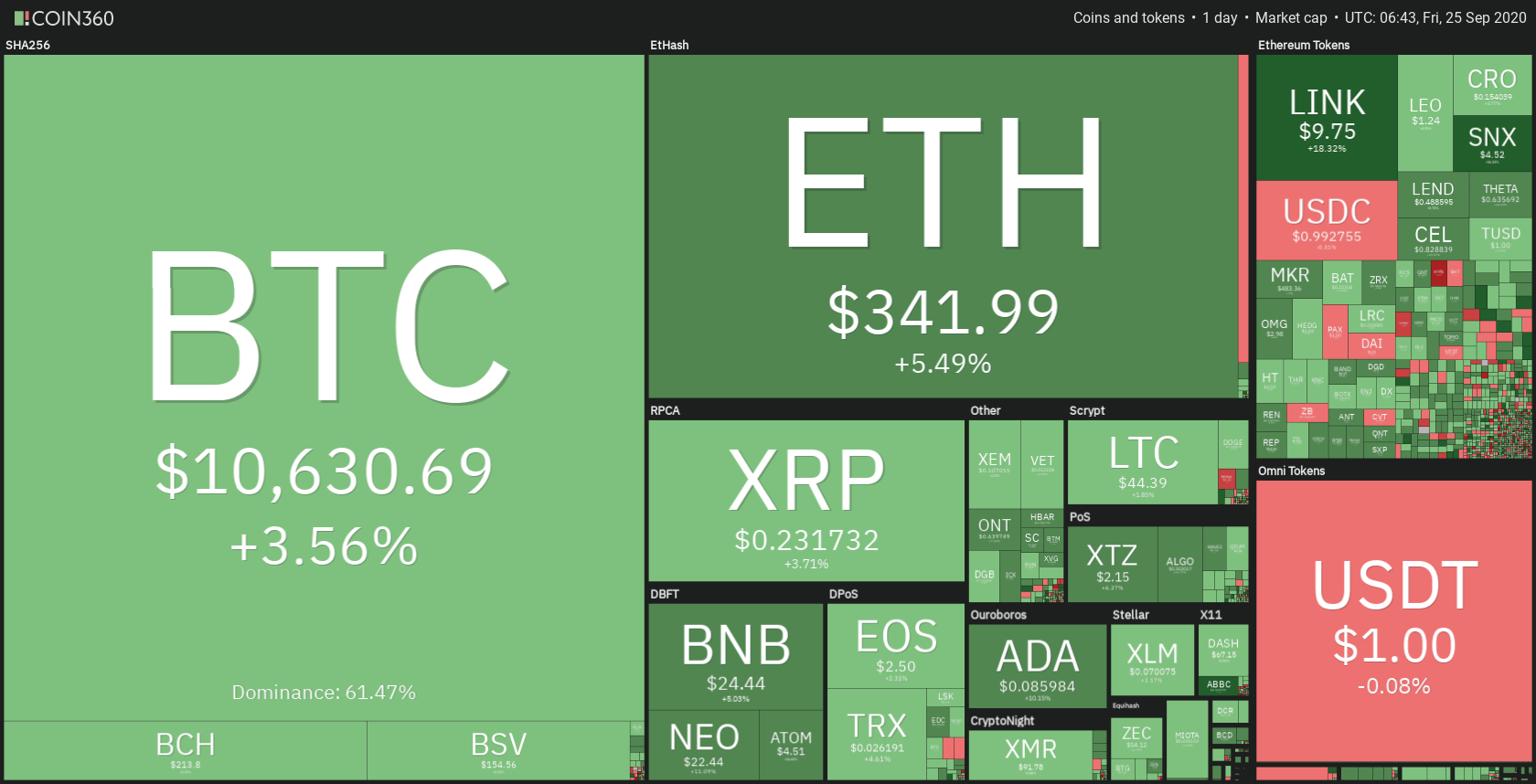 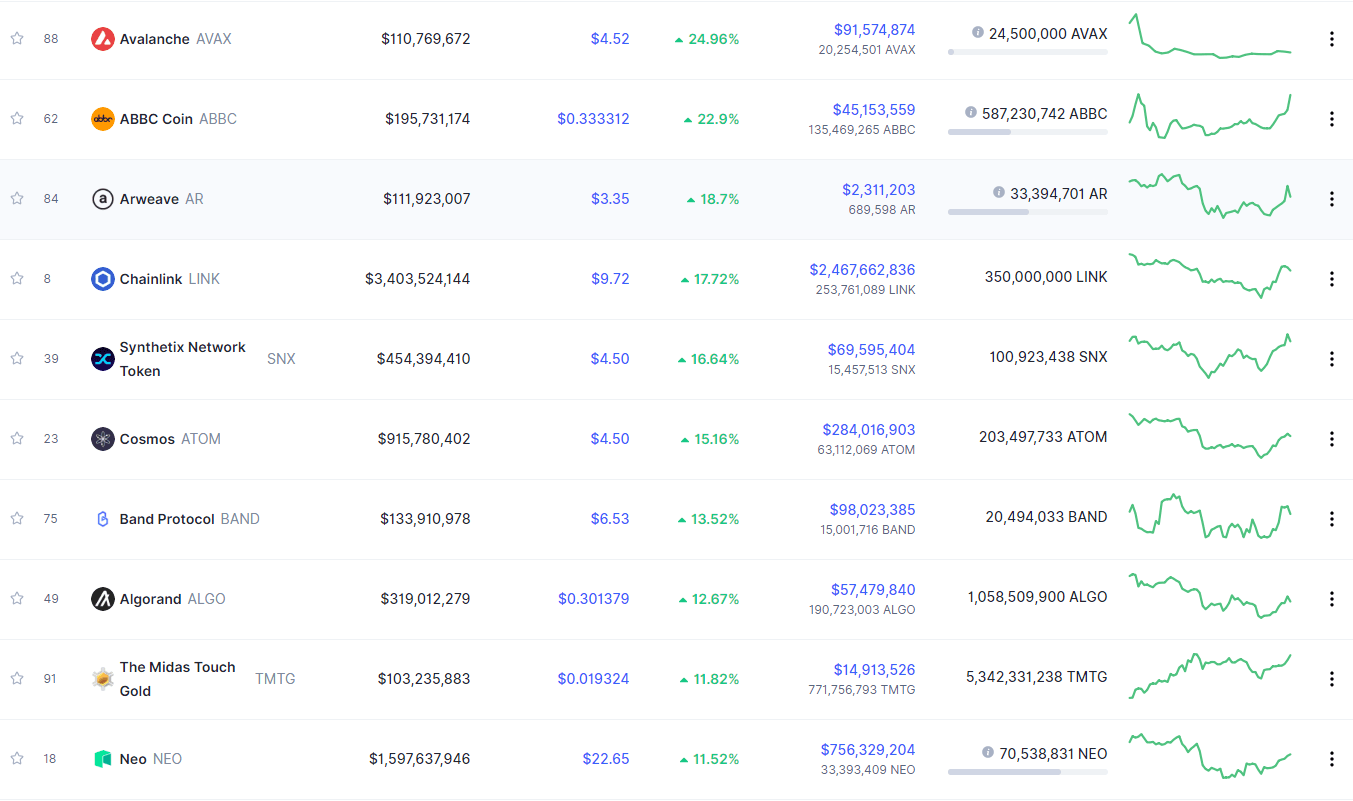 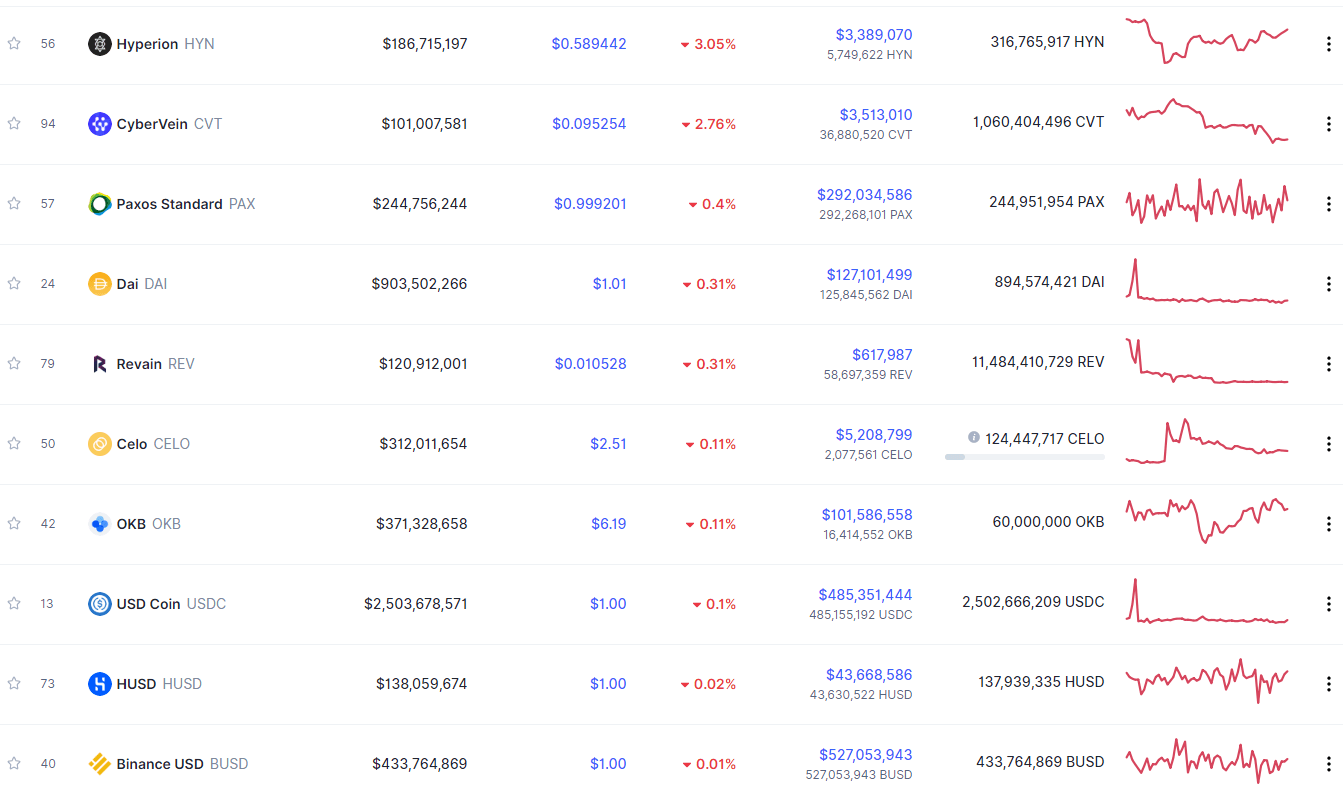 Bitcoin’s level of market dominance stayed at the same spot since our last report, with its value currently being at 61.47%. This value represents a 0.02% difference to the upside when compared to when we last reported. 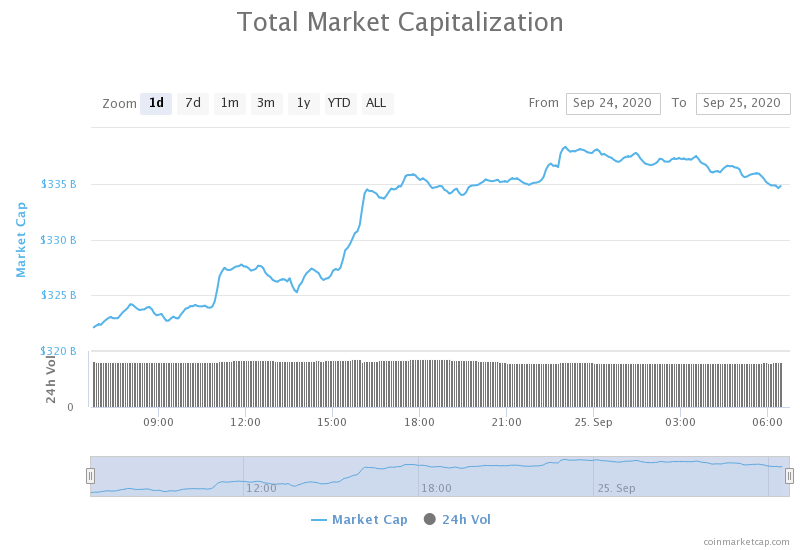 The crypto sector capitalization has increased in value over the past 24 hours. Its current value is $336.29 billion, which represents a decrease of $11.24 billion when compared to our previous report.

Bitcoin has spent the past 24 hours pushing towards the upside, which resulted in a price increase of around 6% during its peak. The largest cryptocurrency by market cap has reached $10,800 before the bulls have exhausted their resources. This move towards the upside has put BTC within the large triangle, meaning that we can expect another strong move (to either side of the triangle) in the short future.

If we take a look at the 4-hour time-frame, the largest cryptocurrency by market cap has pushed past 23.6% Fib retracement and established itself well above it. Once the move ended, BTC found immediate support at the 50-period moving average.

Bitcoin’s short-term technicals have changed its overview from very bearish to slightly bullish. On the other hand, its long-term technicals remained extremely bullish on all time-frames longer than 4-hours.

Ethereum has pushed towards the upside, following Bitcoin’s move and gaining a bit less than 10% in the past 24 hours (during its peak). The second-largest cryptocurrency by market cap pushed past the $340 resistance line and established itself above it, therefore turning it into support. However, further moves towards and past $360 may be difficult at the moment, as we saw option traders for October expiration contracts “betting” that Ether is most likely going to trade between $340 and $360.

Ethereum’s short-term technicals have not changed much since yesterday, tilting just slightly less to the sell-side than before. Its overview of longer time frames is extremely bullish, especially on the 1-day and 1-month technical overview.

While XRP didn’t differ from the rest of the top cryptocurrencies and pushed towards the upside as well, the gains it made may not remain gains for long. XRP managed to gain around 5% in the past 24 hours (during its peak) but found great resistance at the 5th leg of the Elliot impulse wave. XRP quickly bounced off of it, indicating that we may see consolidation and a continuation towards the downside, where XRP will fulfill its move at the $0.219 target.