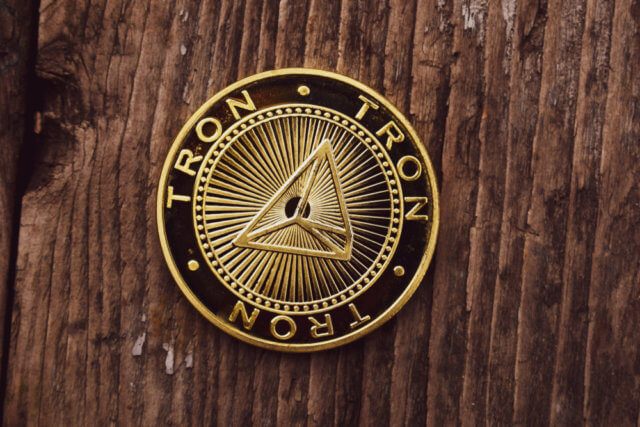 The cryptocurrency market has recovered from the downside push as Bitcoin regained strength and reconquered $6,000. In the past 24 hours, almost every single crypto was in the green. Bitcoin is currently trading for $6,419, which represents an increase of 6.53% on the day. Meanwhile, Ethereum gained 3.21% on the day, while XRP gained 2.4%. 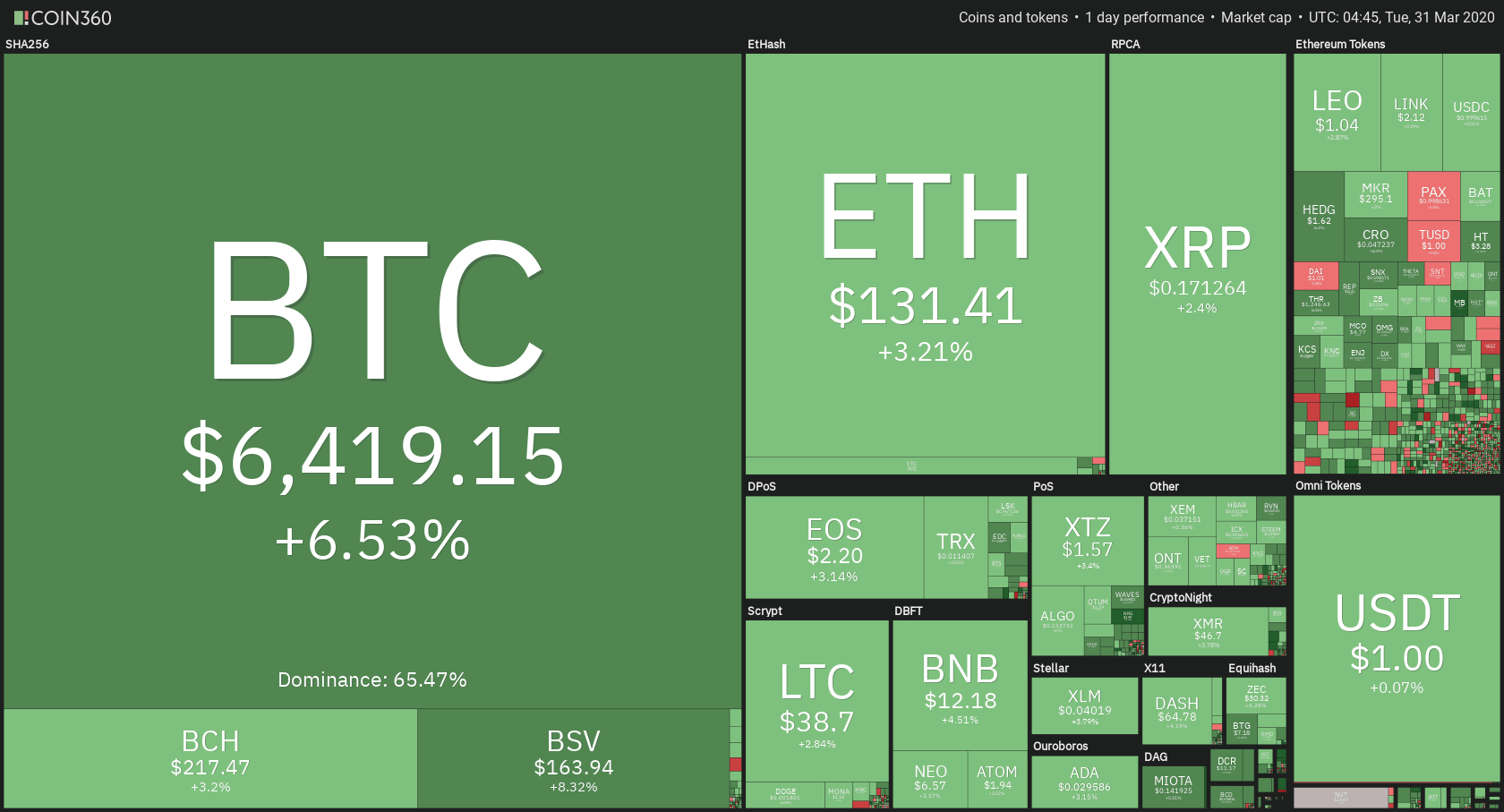 Bitcoin’s dominance dropped half a percent over the past 24 hours. Its value is now 65.47%, which represents a 0.56% difference to the downside when compared to yesterday. 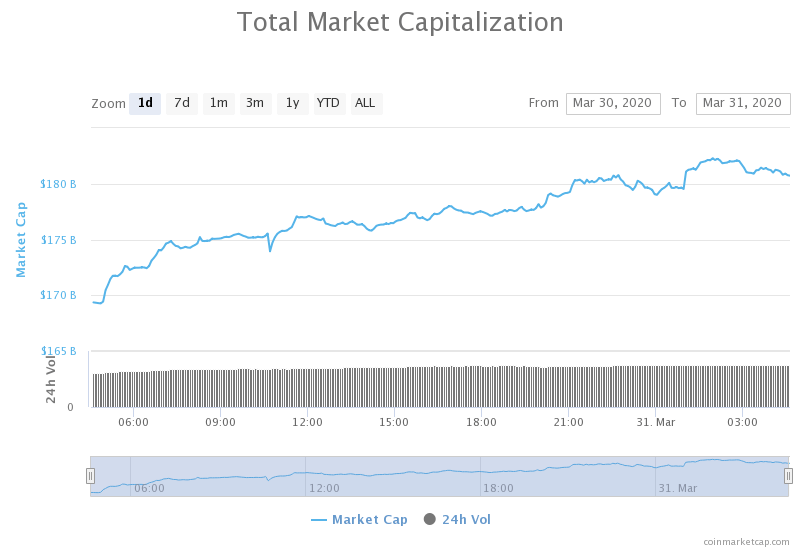 The cryptocurrency market capitalization steadily increased over the course of the day. Its current value is $180.91 billion. This value represents an increase of $6.9 billion when compared to the value it had yesterday.

Tron (TRX) founder Justin Sun posted a tweet announcing the release of Djed on Mar 28. Djed is a system for collateralized loans that he described as “something new.” However, the Djed platform was immediately criticized by the market as many think it is a copy of MakerDAO (MKR).

Bitcoin quickly and efficiently recovered from its most recent push down as its price regained previous levels. The largest cryptocurrency by market capitalization went over $6,000 yesterday, while it established its position today and even made a push towards new highs (namely the immediate resistance of $6,640). However, the push failed due to a lack of volume. Bitcoin’s future is still uncertain mostly due to external difficulties the world is facing rather than Bitcoin’s internal problems.

Bitcoin’s volume was somewhat higher than yesterday, but still at low levels. Its RSI level on the 4-hour chart is just above the middle of the range.

Bitcoin’s downturn pushed Ethereum below the $128 support level, but as Bitcoin recovered, so did Ethereum. The second-largest cryptocurrency by market cap regained its previous support level and pushed higher up. The lack of volume prevented it from even reaching the $139 resistance level, forcing the price to consolidate within the range. Ethereum will most likely keep following Bitcoin’s price movements in the short term.

Ethereum’s volume is currently lower than the previous week’s volume, as well as overall. Its RSI level is just below the mid-range, with a value of 49.

XRP passed over the $0.165 resistance level over the weekend, which was a great milestone towards establishing a stable price. However, the most recent downturn brought its price below this key level yet again. XRP quickly recovered and regained $0.165 as Bitcoin increased in price and pulled the whole market with it. However, the short-term future does not look good for XRP if it keeps trading within the descending range, making lower lows and lower highs.

XRP’s volume is on the same level as it was the previous week, while its RSI level is slowly descending. At the time of writing, its RSI has a value of 50.5.