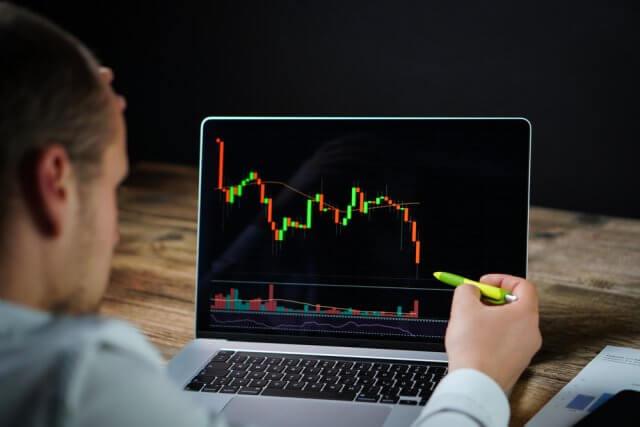 The crypto market has been relatively stable over the weekend only to drop in the past couple of hours. Bitcoin fell under $9,000, which brought other cryptos’ prices down. Bitcoin is currently trading for $8,962, which represents a decrease of 4.47% on the day. Meanwhile, Ethereum lost 6.13% on the day, while XRP lost 4.34%. 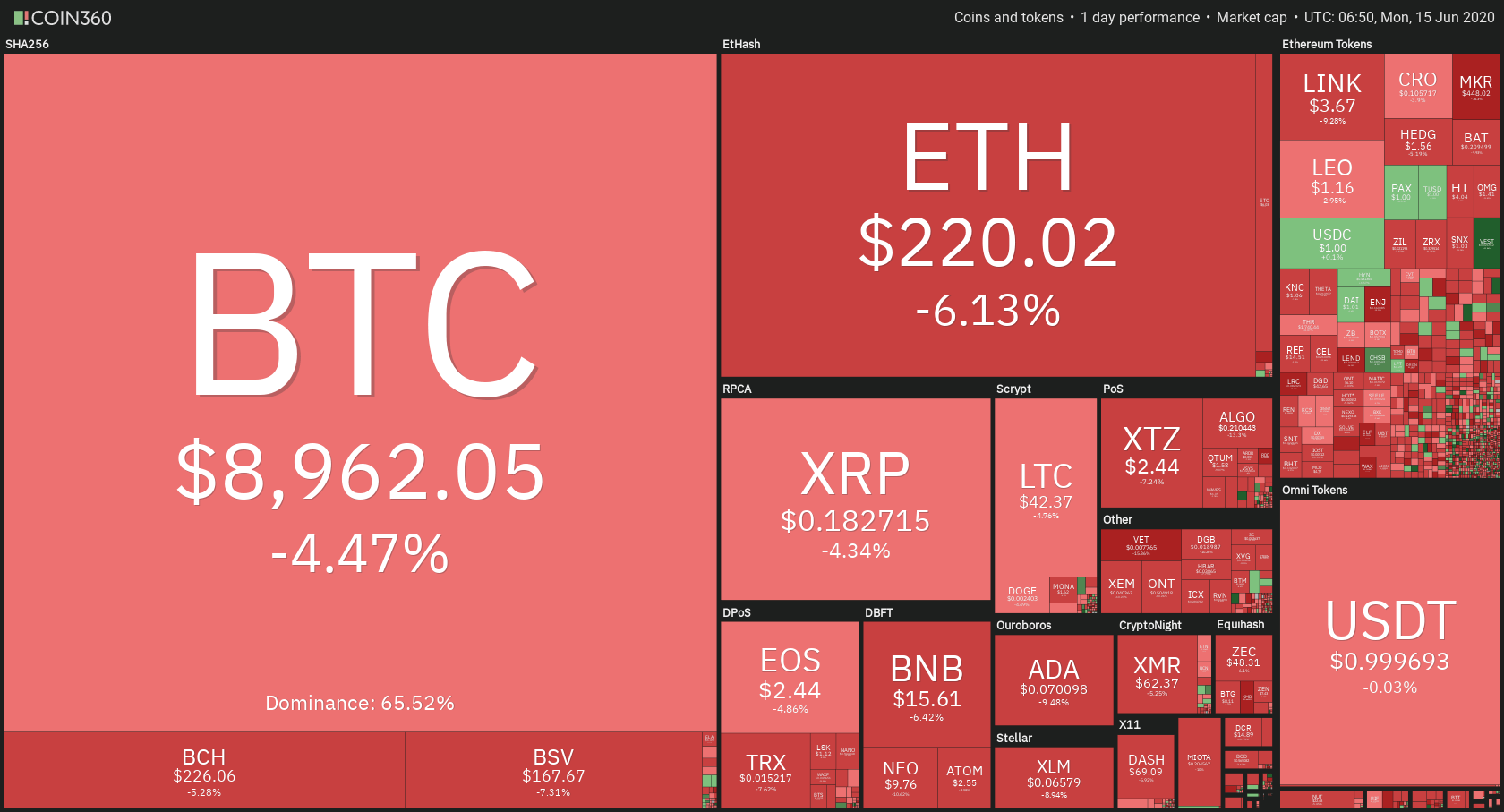 Flexacoin took the position of today’s biggest daily gainer, with gains of 18.57%. Loopring lost 17.68% of its daily value, making it the most prominent daily loser.

Bitcoin’s dominance stayed at the same place since we last reported, with its value currently at 65.52%. This value represents a 0.24% difference to the upside when compared to Friday’s value. 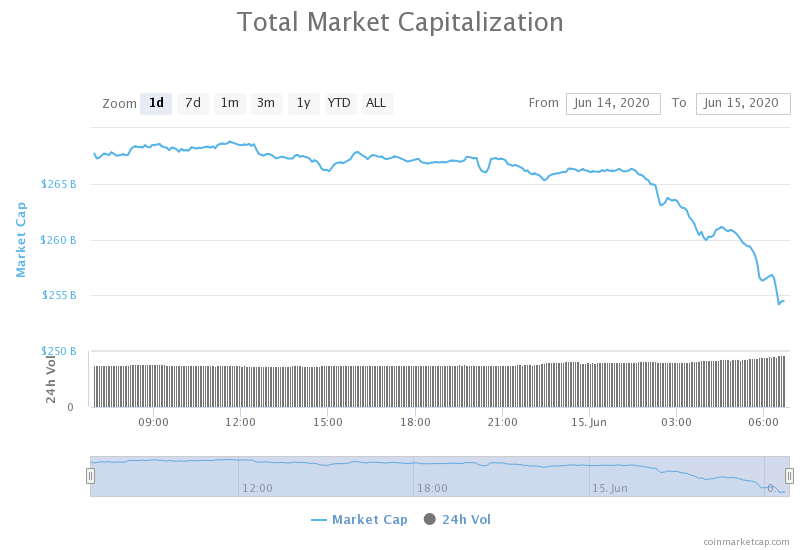 The cryptocurrency market capitalization decreased over the course of the weekend, with the market’s current value being $254.27 billion. This value represents a decrease of $10.24 billion when compared to the value it had on Friday.

The average fee for Bitcoin transactions has dropped under the $1 mark, meaning it is back to levels previously seen only before the Bitcoin reward halving.

According to data shown by the crypto analytics website BitInfoCharts, Bitcoin transaction fees decreased by 91% from May 20 until June 14. With the fees going down from $6.65 to $0.56, we can certainly see the improvement in the tx fee department of Bitcoin.

The largest cryptocurrency by market capitalization had a slow weekend of consolidation after the 11 June price drop. While many analysts were suggesting a bull run, Bitcoin dropped in price yet again, this time below $9,000. The move reached $8,900 before stabilizing between $9,980 and $9,120 level.

Bitcoin’s volume seems to be following a pattern of decreasing its volume from day to day until a spike happens, which brings its volume up.

Ethereum has been pretty stable over the weekend and had low volatility as well as volume. Bitcoin’s move towards the downside dragged it down as well, pulling the price down to $217 levels. The $217.6 level held greatly, stopping the bearish move in its tracks.

Ethereum’s volume increased from almost non-existent to almost the levels of the June 11 price drop.

XRP spent the weekend performing slightly worse than the aforementioned Ethereum and Bitcoin, slowly losing value as it went towards the $0.19 level. However, the most recent price drop brought its price to $0.182 levels, where it was stopped by the long-term descending trend line.