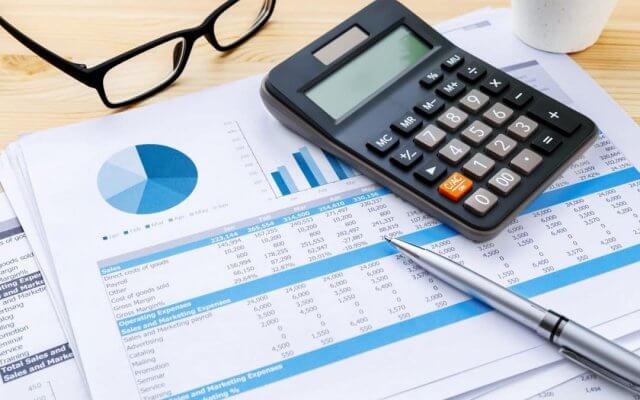 Blockchain is best known as the underlying technology that supports cryptocurrencies. Bitcoin, in particular, is credited as the first cryptocurrency to bring blockchain into the mainstream. But supporting cryptocurrencies is just the tip of the iceberg when it comes to the potential of this disruptive technology.

By definition, blockchain technology is an incorruptible distributed ledger that offers a new way of recording, storing, and sharing data. As such, claiming that this technology seamlessly aligns itself with accountancy wouldn’t be much of a stretch.

However, its entry into accounting raises both excitement and concern for the industry’s players. On the one hand, blockchain is set to improve accounting efficiency. On the other hand, accountants and auditors fear that technology might force them to seek new lines of work.

But one thing is certain, blockchain is a game-changer that cannot be ignored, particularly by the accounting industry. This explains why the Big Four accounting firms, KPMG, PriceWaterhouseCoopers, Deloitte, and Ernst and Young, are working towards incorporating blockchain into their operations.

The Current State of Accounting And Blockchain’s Potential

Much of the accounting work is paper-based. Auditors use these paper trails when reviewing records to ensure data integrity. This method of record-keeping is highly flawed, given the sheer amount of paperwork involved and the time and money resources that go into maintaining these records.

Modern accounting solutions, particularly cloud-based software, are now being employed to help organizations save money and time by introducing efficiency in record keeping. However, these solutions are much like centralized databases, and this renders them vulnerable to cybersecurity threats. Also, being a double-entry system, only the organization and the in-house accountants have direct access to the centralized ledger. This means that regulators and independent public auditors have to request for access to the database, which eventually slows down compliance processes.

Now enters the blockchain, a decentralized ledger system that employs a triple-entry record keeping model. Unlike conventional accounting, blockchain allows accountants to record, retrieve, and avail data to authorized third-parties. The clients, auditors, as well as regulators, will each possess private and public keys to verify their access. With these fundamental properties, blockchain promises the following advantages for accounting firms and auditors;

Data recorded on the blockchain network is said to be immutable, meaning it can’t be corrupted. Once the data is in the chain, smart contracts can be employed to automate accounting functions, reducing the likelihood of human errors.

Usually, auditors have to regularly review records to ensure the validity of the data. Depending on the size of the organization and the data, the auditing process can take several days resulting in a company’s downtime.

Using smart contracts, the auditing procedure can be automated, reducing the time an auditor spends verifying records. In fact, auditing and reporting will be done in real-time, unburdening the auditors and CFOs to concentrate on other important administrative operations.

Thanks to smart contracts, most of the accounting and auditing processes will be automated. This translates to increased efficiency, saving institutions time and money spent on traditional accounting systems. Also, with cryptographic-hash-based security, organizations will spend less on maintaining the cybersecurity of their cloud-based infrastructure.

Blockchain solutions for the accounting industry introduce a new concept of triple data entry, whereby the authorized third-parties can access the data. In this case, organizations will be able to share their Know Your Customer (KYC) data with the authorities in regard to the regulations on the same. Additionally, as more blockchain technologies mature, the use of distributed ledger systems might become mandatory in certain financial sectors.

Will Bitcoin Replace Accountants and Auditors?

Unlike other professionals in other industries, accountants and auditors are pessimistic about the entry of blockchain in the financial sector. Their fear is that this revolutionary technology will replace them in their workplaces, forcing them to seek other lines of work. Luckily, it’s almost impossible to replace human accountants and auditors.

While blockchain will undoubtedly disrupt the financial sector, the role of professional accountants will remain intact as they need to interpret and categorize the data on the blockchain. Most importantly, their expertise will be highly sought after when integrating blockchain into the current accounting infrastructure. Auditors, as well, will still be needed to oversee transactions and track income and outflows.

Although their roles won’t change, there is a need for both accountants and auditors to learn as much as they can about blockchain technology since it’s set to become the standard tool of their everyday job. This way, they position themselves as forward thinkers in the face of a game-changing technology. As a matter of fact, a recent report showed that several universities are now offering blockchain courses to meet the high demand for engineers fluent in this technology. So, it’s not a leap to speculate that future auditors and accountants will basically be blockchain experts trained to identify and report ways in which blockchain can be used in record keeping.

Currently, the biggest challenge hindering the use of blockchain in the accounting industry is that there are few readily available blockchain solutions as yet. This explains why the industry is taking too long to embrace the technology despite the benefits that come with it. Hopefully, this problem will end soon as innovators and investors move in to support this emerging technology. But first, there needs to be preparation procedures to build awareness of what blockchain is all about, and how the technology is evolving.

As various industries continue to warm up to blockchain technology, one thing becomes clear – blockchain isn’t going to disappear any time soon. As it’s application increases, it becomes necessary for industry stakeholders to stay abreast of developments of the technology. Besides, it is common for early adopters of any new technology to benefit more than those who embrace the technology much later.

In this case, organizations and businesses that will deploy blockchain accounting solutions early enough will gain a competitive advantage, which will be manifested in improved customers’ experience. The late adopters will eventually be forced to join the bandwagon lest they risk going out of business.