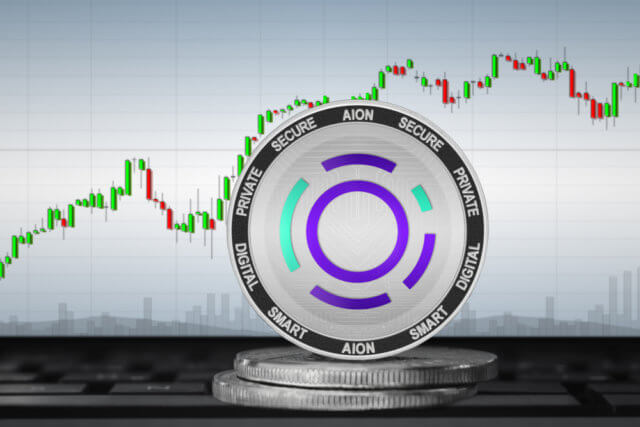 The crypto market dropped severely as bear pressure continued throughout the day. Bitcoin is currently trading for $793, which represents a 4.45% decrease on the day. Meanwhile, Ethereum lost 5.76% on the day, while XRP lost 3.07%. 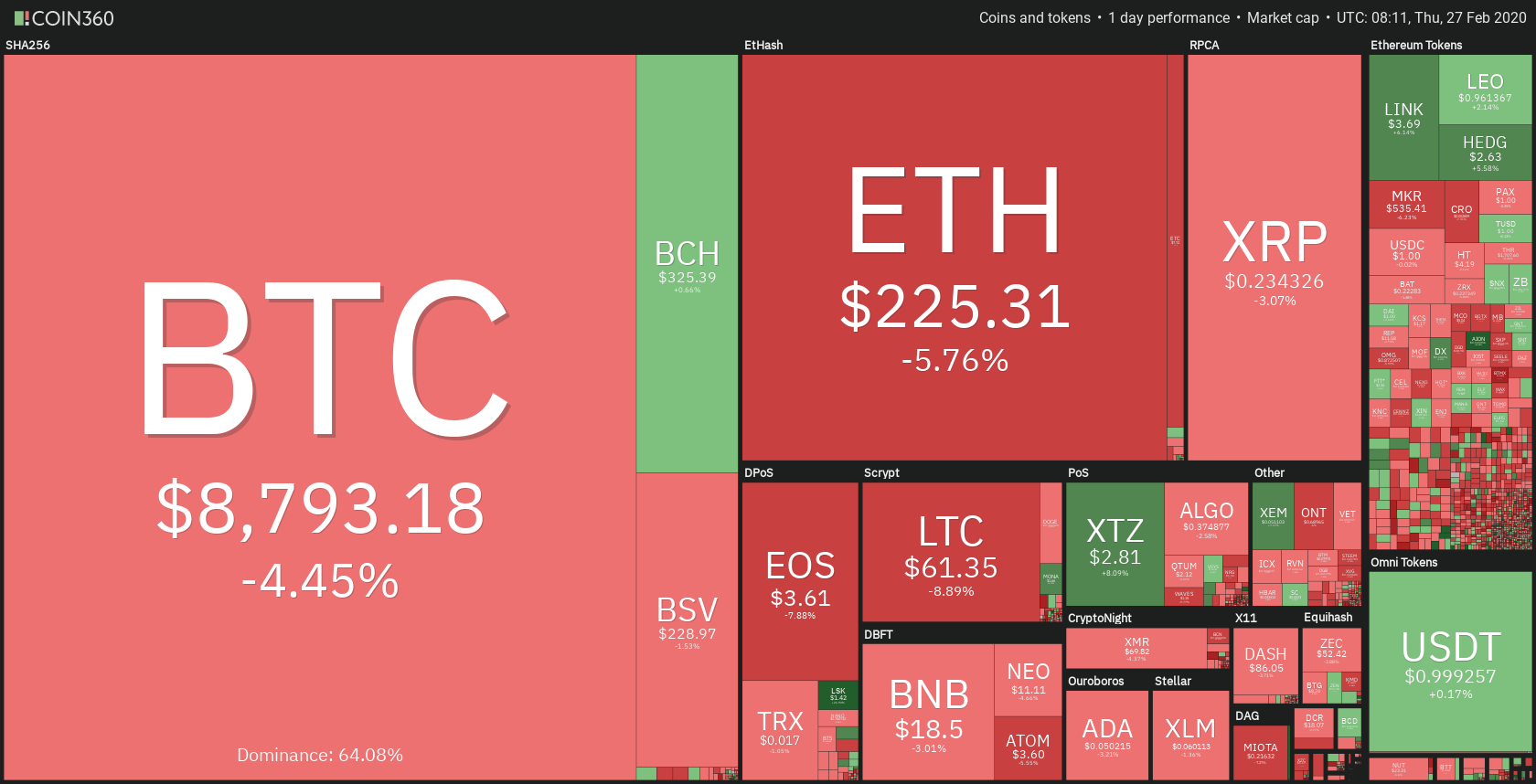 Bitcoin’s dominance remained in the same place in the past 24 hours. Its value is now 64.08%, which represents a 0.03 difference to the downside when compared to the value from when we last reported. 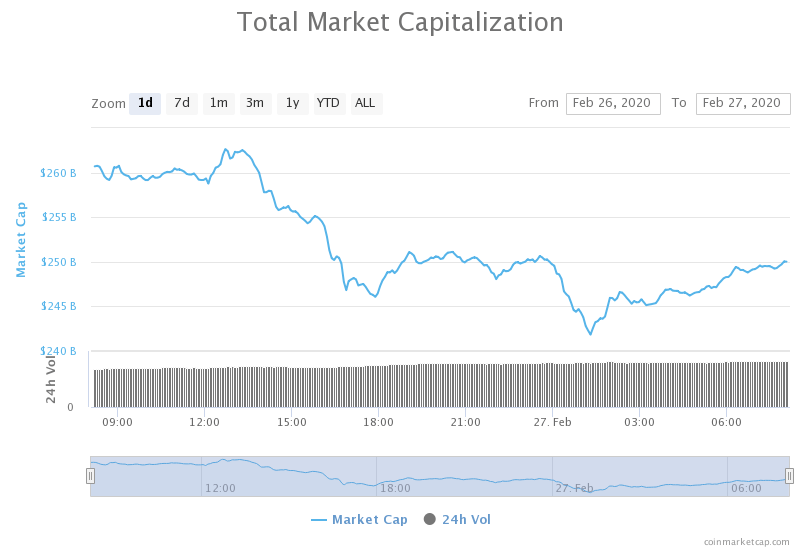 The cryptocurrency market capitalization a lot of its value over the past 24 hours. It is currently valued at $250.01 billion, which represents a decrease of $11.61 billion when its value is compared to the value it had yesterday.

Binance CEO Changpeng Zhao recently tweeted about Craig Wright, the Bitcoin SV (BSV) founder. He made it clear that he did not trust the self-proclaimed Bitcoin (BTC) creator, and called him a fraud.

Zhao said that Wright is not only hurting his own reputation, but rather the reputation of the cryptocurrency industry as a whole. “He claims to be the creator of Bitcoin, Satoshi Nakamoto, which is a lie. He hurts the credibility of Bitcoin and is a disgrace to our entire industry.”

According to the data provided by the analytics website Skew, over $150 million worth of Bitcoin got liquidated on the trading exchange BitMEX on Feb 26. This is the biggest liquidation in 2020. 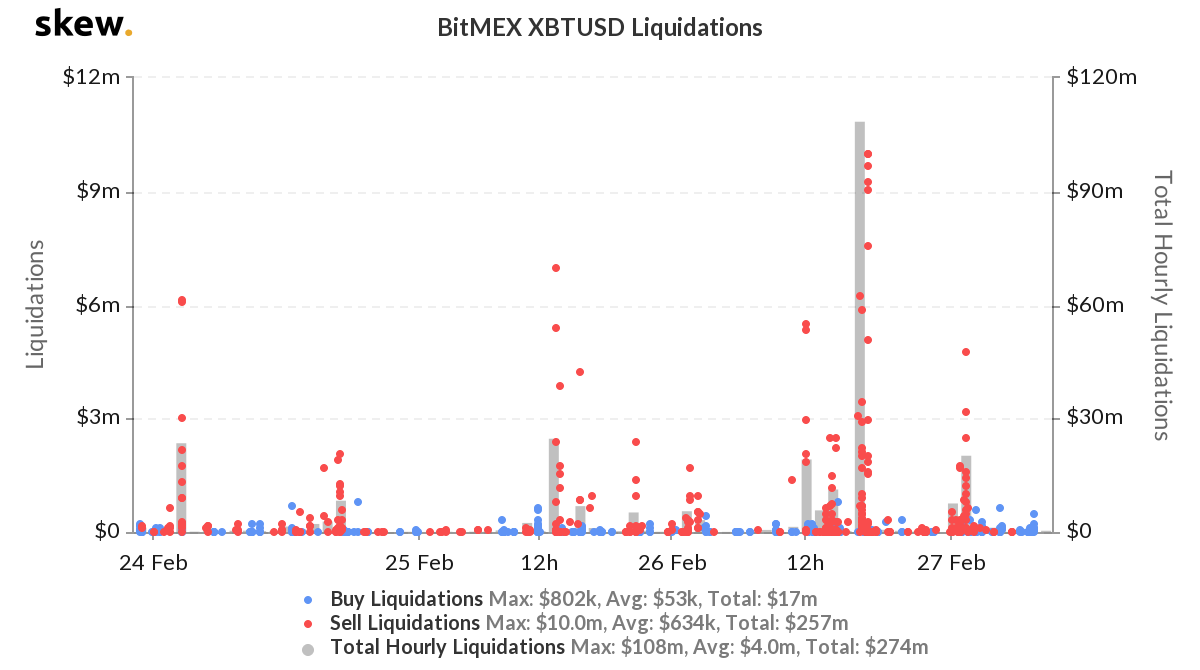 Bitcoin spent the past 24 hours spiraling down below $9,000. The largest cryptocurrency dropped in price fast and decisively as the bear pressure was high and many longs liquidated. However, ever since the bounce off of the $8,650 support, Bitcoin seems to have been going up slightly.

Bitcoin’s volume was increased during the price drop, during its normal or slightly lower than that at the time of writing. It’s RSI level is currently in the oversold territory.

Ethereum’s price took a dive, just like Bitcoin’s price did. Its price broke many support levels along the way, but the $217.7 one held up quite strong and managed to bounce ETH’s price back up. Ethereum looks like it’s gaining some value now, as it managed to even pass the next resistance level, which is standing at $225.5.

Ethereum’s volume is elevated, while its RSI level has just recently left the oversold territory.

When Bitcoin drops in price, it is common that Ethereum falls a bit more in price, while XRP does either better than Bitcoin or worse than almost every other coin in the industry. This time, XRP did better than both Bitcoin and Ethereum price-wise as it did not drop as much over the past 24 hours. The downwards moving trend seems to have stopped at the $0.227 and XRP turned slightly bullish from there as its price started to increase. The move was strong enough to even break the $0.235 resistance, which is where XRP is currently at.

XRP’s volume is elevated, while its RSI level is just above the oversold territory.