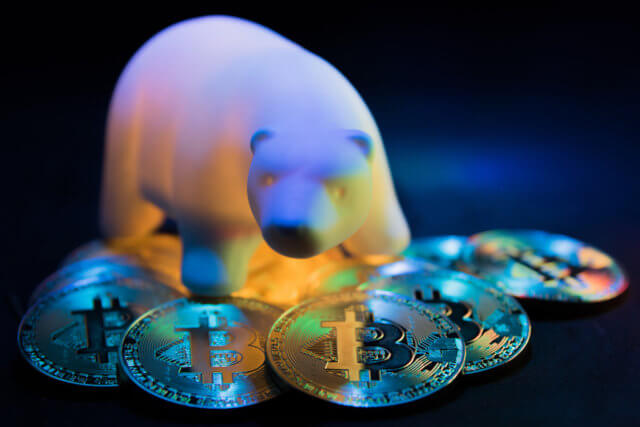 Bitcoin, as well as the majority of the cryptocurrency market, had a significant price drop in the past 24 hours. The psychological resistance of $7,000 has been broken to the downside. Most cryptos stabilized for now, but no one knows where this price action will lead us. Bitcoin fell by 2.87% in the past 24 hours, and it is trading for $6.881 at the time of writing. Meanwhile, Ethereum lost a staggering 8.13%, while XRP fell 9.01%. 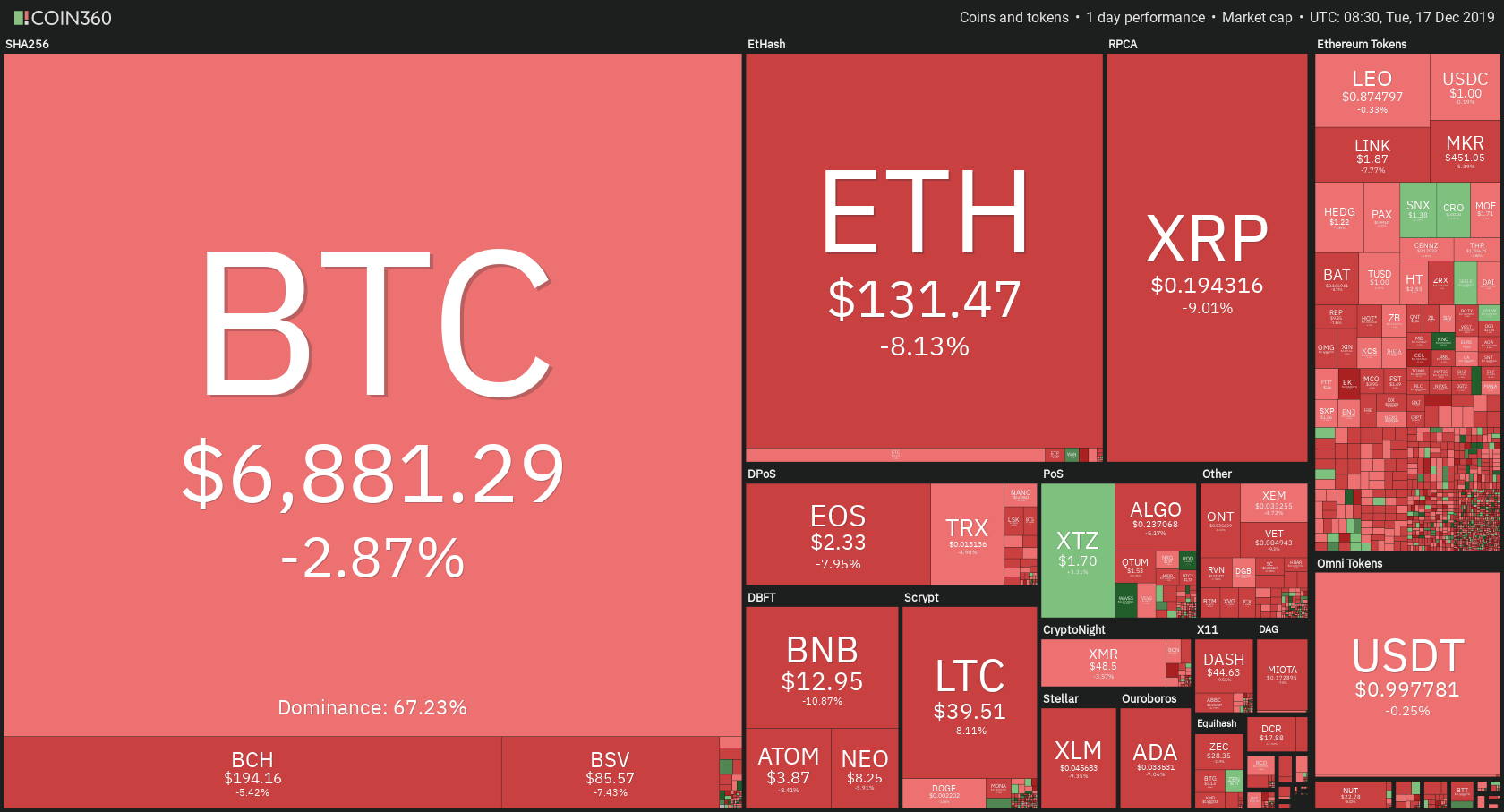 There were, however, cryptocurrencies that gained some value in the past 24 hours. The cryptocurrency that gained the most was Waves, which increased in price by 23.97%. On the other hand, the biggest loser of the day was EDUCare, which lost 16.92% of its value on the day.

Bitcoin’s dominance skyrocketed in the past 24 hours, as cryptocurrencies lost far more value than it did. Its dominance in percentage is currently 67.23%, which represents an increase of 1.14% when compared to the value it had yesterday. 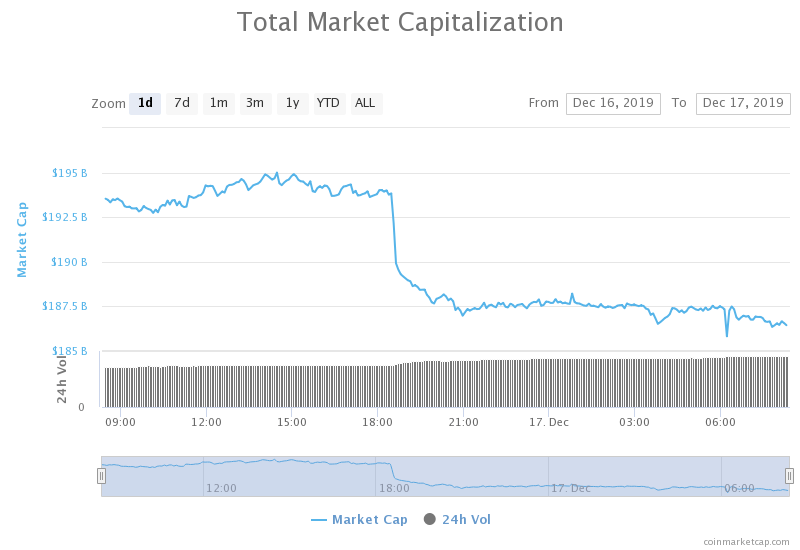 The cryptocurrency market capitalization plunged due to the price drop of almost every single large cryptocurrency. Its total market value is currently $186.45 billion. This value represents a decrease of $7.09 when compared to the value it had yesterday.

The price drop that occurred was not a surprise for most people, though many expected it to be a bit less sudden and explosive. However, not everything is terrible.

Traders and long-term investors are buying into this dip, which suggests that they view the price drop as an opportunity to open their long positions or accumulate more Bitcoin.

Further proof of this can be found in the seemingly unaffected level of Bitfinex BTC/USD longs. The number of long positions that opened skyrocketed after the drop has happened, and it is still on the increase. On top of that, the significant rise in long positions started near the end of November.

Bitcoin broke yet another key support as its price plunged below $7,000. The price is currrently trying to stabilize at around $6,850. It’s currently bound by the $7,000 line which now turned resistence, as well as the $6,640 support line.

Bitcoin’s volume soared during the price drop but quickly dwindled to its regular levels. RSI finally went into the oversold territory after hovering around it for many days. The key level of $7,000 moves to the “upside” key levels.

Ethereum also had a major price drop. However, this one was far bigger than the one Bitcoin had. Ethereum fell under another key support line. The pressure on the downside was so strong that the price fell over 8% in just 24 hours. However, it quickly found support after dropping below the key level. It is now stabilizing just above $130.

Ethereum’s volume is slightly below average when compared to the past couple of days if we take away the significant volume spike that occurred during the price drop. Its RSI value is deep into the oversold territory.

The biggest loser out of the top3 cryptocurrencies by market cap was XRP. Not only it lost most of its value (over 9% on the day), but it also broke all of the known key support levels. Its price movement to the downside, as well as the support levels it may form, are an enigma for now. There certainly have been some levels that had some traction, but these possible support levels are from over two years ago, and it is still unknown if they are valid. All we know is that, for now, XRP stabilized and created an immediate support level at $0.19.