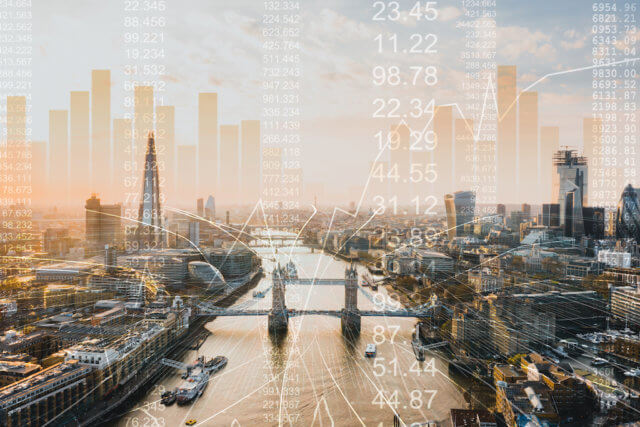 On Tuesday, the market trades with a risk-off sentiment as investors are still waiting for clarity about Brexit and Trade deal between the U.S. and China. The U.S. dollar was steady against other major currencies, with the ICE Dollar Index closing flat on the day at 97.15.

Today in the early Asian session, the EUR/USD currency pair flashing green and trading on the bullish track but failed to cross the 200-day moving average despite the fresh trade truce between the United States and China. The EUR/USD is presently trading at 1.1147, having faced rejection at the 200-day Moving Average at 1.1152.

However, the EUR currency has repeatedly failed to close above the 200-day MA. For example, the Euro currency picked up a strong buying on Friday and climbed to a high of 1.12 only to end the day with moderate losses at 1.1118.

Just like the rest of the forex pairs, the EUR/USD hasn’t made much progress on Monday despite a mixture of PMI data. The EUR/USD is trading with a slightly bullish above the bullish trendline, which is supporting the EUR/USD above 1.1125. Extension of a bullish bias above 1.1125 can keep EUR/USD optimistic until 1.1160 and 1.1185. The EUR/USD’s next support prevails around 1.1095 today,

The GBP/USD currency pair flashing red and representing more than 60 pips decline to 1.3265, having hit the low of 1.3236 during the Asian trading hours. The bearish bias came mainly due to hard Brexit fears. As of writing, the GBP/USD currency pair is currently trading at 1.3295 and consolidates in the range between the 1.3236 – 1.3339. Looking ahead, the GBP/USD pair could come under pressure due to fresh Brexit concerns.

It should be noted that the victory of conservatives will help the United Kingdom Prime Minister Boris Johnson to pass the Bill to rule out European Union transition beyond 2020. The Departure Agreement Bill (WAB) is widely expected to be put for a 2nd reading in the House of Commons on this Friday.

Whereas, the Conservatives leader Boris Jonhson will not hesitate to repeat his promise regarding leave the region with deal or without a deal before 2020 ends. Despite that, the United Kingdom Prime Minster has repeatedly promoted the idea of the Canda-style free trade agreement, and UK PM will likely push for the same after the Bill gets the Parliaments’ approval.

Comments came from Robert Peterson that the PM Boris Johnson is committed to passing the Tory manifesto commitment to end the transition in just over a year from now.

Looking forward, investors will seek more hints of the recent declines in the GBP from the political headlines. However, the traders will keep their eyes on the releases of the UK employment figures. A busy week of the UK calendar is worth watching ahead of the Bank of England policy meeting on Thursday. The consensus is for the unemployment rate to tick up to 3.9%, whereas wages growth eases a little to 3.4% YoY,” says Westpac ahead of the data release.

The GBP/USD is trading bearish below 1.3362 as the pair seems to go for a retracement until 1.3240, which marks a 61.8% Fibonacci level. At the same mark, the 50 periods EMA is likely to support the GBP/USD.

The RSI and MACD are holding in the buying zone, suggesting odds of a bullish reversal upon completion of 61.8% Fibonacci retracement. Today, consider taking buying trades above 1.3190 and bearish trades below 1.3274.

Even after the fresh trade truce of the Sino-US Phase-one deal, the United States and China trade relationships are still being termed as noisy ceasefire by the South China morning post.

On the other hand, ITV’s Robert Peterson thinks the risk of hard Brexit because the United Kingdom’s (UK) Prime Minister (PM) will soon forward the Bill that supports no transition delay beyond 2020.

Moreover, the risk tone gets heavier because the United States’ ten-year treasury yields decline to 1.87%, whereas the S&P 500 Futures losses 0.14% to 3,193 by the press time.

Apart from the trade/Brexit headlines, monetary policy meetings by the Bank of Japan (BOJ) and headline inflation will also entertain momentum traders during this week. Whereas the BOJ is not expected to change the current monetary policy, appreciation of the latest fiscal measures will likely support the Japanese yen (JPY) to strengthen further on Thursday. Moreover, Friday’s inflation data will probably keep exerting downside pressure on the Japanese currency.

The pair is heading towards the double top resistance level of around 109.700. Below this, the USD/JPY is likely to show a bearish correction of up to 38.2% level, which stays at 109.200. On the higher side, the bullish breakout of USD/JPY can lead the Japanese pair towards 110.300. The MACD and RSI are in support of the bullish trend.