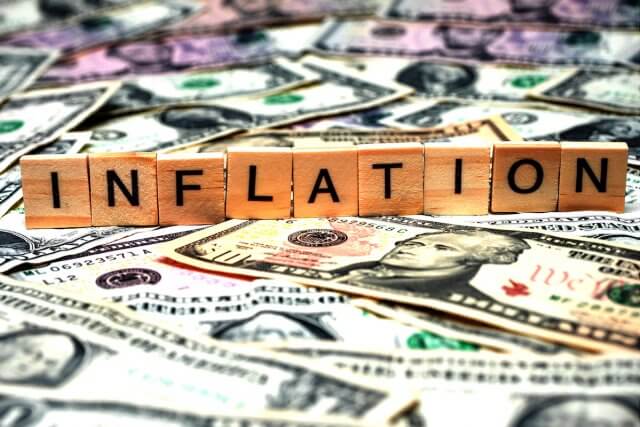 The EUR/USD closed at 1.22077 after placing a high of 1.22095 and a low of 1.21369. After falling for three consecutive sessions, the EUR/USD pair rose on Tuesday as the U.S. dollar eased and U.S. Treasury declined. The U.S. Dollar had hit a more than two and half year lowest level in January after sliding for months as the U.S. Federal Reserve cut its interest rates and speculation of heavy rounds of fiscal stimulus under President-elect Joe Biden’s tenure. However, after Democrats won the Georgia runoff elections, the hopes for massive stimulus packages increased, and the U.S. Treasury yields started to rise that ultimately lifted the U.S. dollar.

This rise in the U.S. dollar weighed heavily on EUR/USD pair during last week; however, the recent rally in U.S. Treasury yields ran out of the stream, and the dollar came back to its previous levels. The U.S. Treasury yield on a 10-year note reached a 10-month high on Tuesday but ultimately had a reverse effect and weighed on the U.S. dollar. This slide-in U.S. dollar added gains in EUR/USD pair on Tuesday as the investors started taking profits. Meanwhile, on Tuesday, the Turkish President Recep Tayyip Erdogan said that country was ready to settle its frayed relationship with the European Union back on track and called on the 27 nation bloc to display the same determination.

These new lockdown measures across Europe to fight the second wave of coronavirus raised the fears of a double-dip recession in the Eurozone that added weight on the single currency Euro and capped further upside in the EUR/USD pair on Tuesday.

On the data front, there was no macroeconomic data to be released from Europe while from the U.S., at 16:00 GMT, the NFIB Small Business Index for December dropped to 95.9 against the expected 100.1 and weighed on the U.S. dollar that ultimately added in the gains of EUR/USD pair. At 20:00 GMT, the JOLTS Job Openings for November rose to 6.53M against the expected 6.42M and supported the U.S. dollar that capped further gains in EUR/USD pair. At 20:02 GMT, the IBD/TIPP Economic Optimism came in line with the forecasts of 50.1.

The EUR/USD is gaining support at the 1.2200 level, and below this, it can dip further until the 1.2189 level. On the higher side, the pair may face resistance at the 1.2226 level, and a bullish breakout of this level can extend the buying trend until 1.2260. The RSI and MACD support a bullish trend, but there’s a chance of bearish correction upon the violation of 1.2190. On the 4 hour timeframe, the EUR/USD pair may face resistance at the 1.2220 level, which is extended by a downward trendline.

The GBP/USD closed at 1.36645 after placing a high of 1.36702 and a low of 1.34932. After falling for four consecutive sessions, the GBP/USD pair raised on Tuesday after Sterling strengthened amid the Bank of England’s positive comments. The Pound Sterling jumped against the U.S. dollar and the Euro on Tuesday as comments from the Bank of England’s governor Andrew Bailey on the viability of negative interest rates dampened some sub-zero rates’ expectations in the U.K.

Bailey said that there were many issues with cutting interest rates below zero, and such a move could hurt banks. After these comments from Bailey, the British Pound gained traction and raised that ultimately pushed the GBP/USD pair higher on Tuesday.

Meanwhile, The Deputy Governor of Bank of England, Ben Broadbent, said on Tuesday that Britain’s coronavirus pandemic was likely to have a limited long-run impact on inflation and has led to less short-term downward pressure on prices than might have been expected from the slump in headline economic output. Broadbent said that a smaller slowdown in inflation reflected shifts in consumer demand during the pandemic that had led to temporary capacity constraints in businesses, as well as support to household incomes from government furlough schemes.

On the data front, at 05:01 GMT, the BRC Retail Sales Monitor for the year for December dropped to 4.8% against the expected 5.9% and weighed on British Pound and capped further upside in GBP/USD pair. From the U.S. side, at 16:00 GMT, the NFIB Small Business Index for December declined to 95.9 against the projected 100.1 and weighed on the U.S. dollar that ultimately added the gains of the GBP/USD pair. At 20:00 GMT, the JOLTS Job Openings for November surged to 6.53M against the projected 6.42M and supported the U.S. dollar that capped further GBP/USD pair gains. At 20:02 GMT, the IBD/TIPP Economic Optimism came in line with the projections of 50.1.

On the other hand, the U.S. dollar was also weak on Tuesday as the U.S. Dollar Index dropped as investors kept an eye on U.S. politics while pressure continued to grow to impeach President Donald Trump. Furthermore, the U.S. dollar was also weak as the prospects of massive stimulus packages from Joe Biden’s government raised as he has shown a willingness to add trillions in new relief bills that ultimately supported the upward momentum of the GBP/USD pair.

The GBP/USD is trading at 1.3692, and it has closed a doji candle on the four hourly timeframes, and it may extend a bearish correction in the GBP/USD pair. On the lower side, the support stays at 1.3636 and resistance at 1.3692 and 1.3720 today. The GBP/USD pair’s 10 & 20 periods EMA is supporting bullish bias in the Sterling. The MACD and RSI thesupport bullish bias; therefore, bullish bias dominates over the 1.3646 level today.

The USD/JPY pair closed at 103.749 after placing a high of 104.333 and a low of 103.718. After rising for four consecutive days, the USD/JPY pair dropped on Tuesday amid the slide in the U.S. dollar. The U.S. dollar index dropped to fresh weekly lows in the 90.20 level as hopes for additional fiscal stimulus raised and provided support to high yielding equities. The House of Representatives introduced an impeachment article against U.S. President Donald Trump that weighed on the U.S. dollar and dragged the pair USD/JPY on the downside.

The U.S. Dollar Index (DXY) fell almost 0.3% on Tuesday against its rivals, while the 10-year U.S. Treasury yields dropped to a session’s low of 1.146%. The U.S. stocks opened higher on Tuesday and recovered from the previous session’s losses, with investors looking for additional fiscal stimulus amid continued political turmoil. The Dow Jones Industrial Average was down by 0.3%, and the S&P 500 was down by 0.6% lower while NASDAQ was low by 1.2%.

Meanwhile, the safe-haven appeal rose on Tuesday after fears rose that there could be further disruptions in the days leading up to Biden’s inauguration on January 20. FBI has said that it has received information specifying that armed protests were being planned at all 50 state capitols and Washington. The FBI’s comments raised the safe-haven appeal and supported the safe-haven Japanese Yen that ultimately added the USD/JPY pair’s losses on Tuesday.

On Tuesday, Federal Reserve Governor Lael Brainard said that the federal banking agencies were in the process of enlisting requests for information on the risk management of artificial intelligence applications in financial services. Whereas, the Boston Federal Reserve Bank President Eric Rosengren said that the U.S. economy could see a strong rebound in the second half of this year as vaccinations became widely available and that monetary policy will remain accommodative. However, the virus was still driving the economy. The losses in USD/JPY pair were also capped on Tuesday after the Donald Trump administration said that it was releasing millions of coronavirus vaccine doses and urged states to offer them to all Americans over age 65 or with chronic health conditions.

The safe-haven currency pair USD/JPY slipped to trade at 103.623 level amid increased demand for safe-haven assets. On the lower side, the USD/JPY pair has completed 38.2% Fibonacci retracement at 103.611 level, and on the further lower side, the USD/JPY pair may find support at 50% Fibonacci level of 103.400 level. The MACD and RSI support selling bias; therefore, we may find support at the 103.283 level. Let’s consider taking the buying trade over the 103.283 level and selling below the same. Good luck!