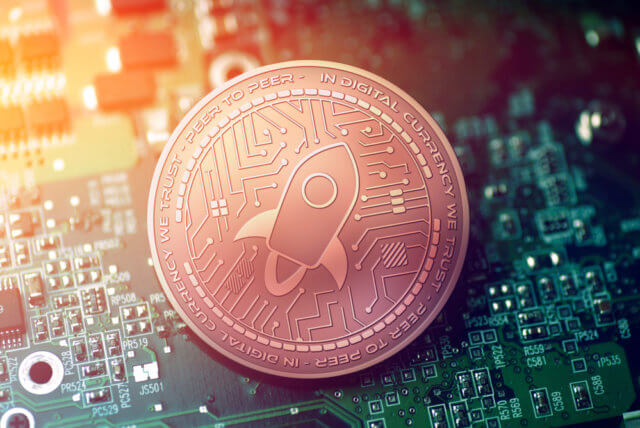 The cryptocurrency market had another, even more, successful push to the upside. The upswing was led by Bitcoin, which broke its immediate resistance. However, many altcoins outperformed it during the spike. Bitcoin is currently trading for $6,820, which represents an increase of 2.68% on the day. Meanwhile, Ethereum gained 3.99% on the day, while XRP gained 1.43%. 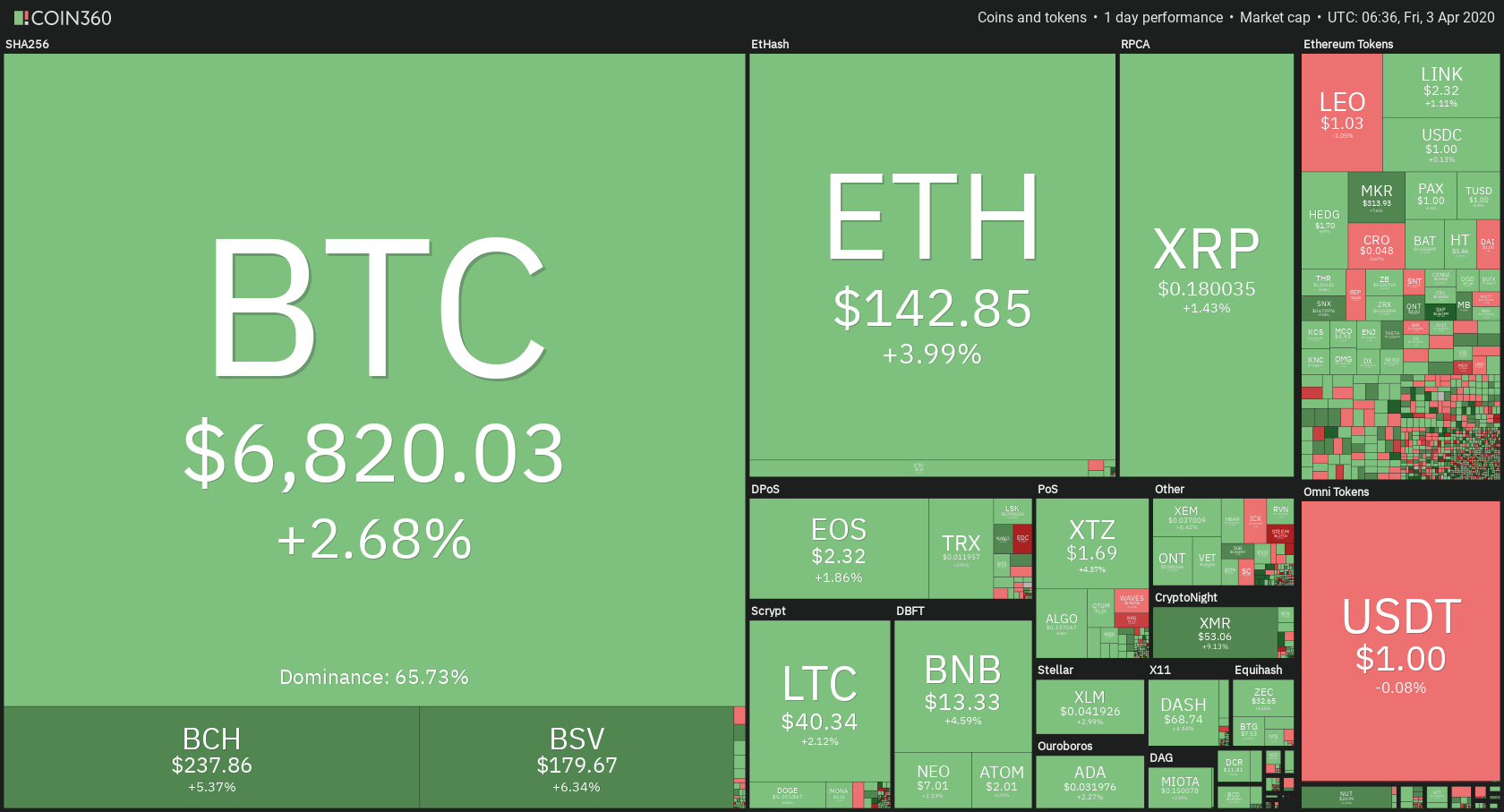 Bitcoin’s dominance increased half a percent in the past 24 hours as it was the one leading the push and gaining the most in value. Its value is now 65.73%, which represents a 0.5% difference to the upside when compared to yesterday. 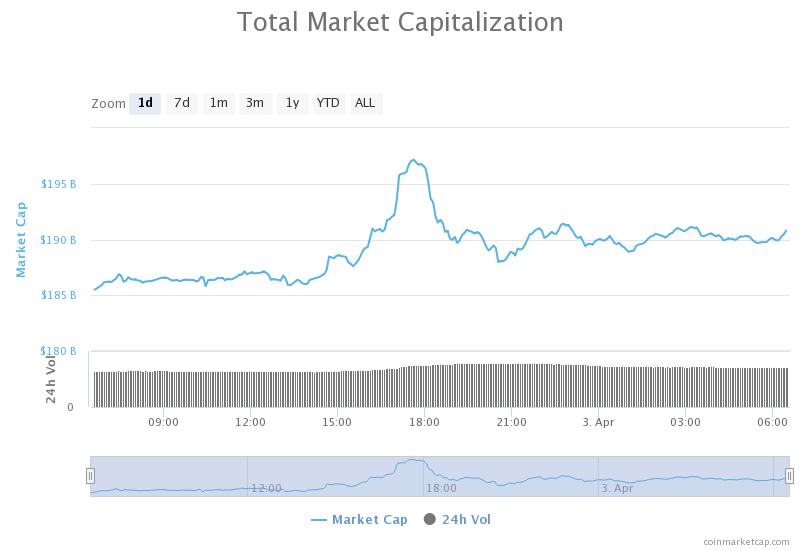 The cryptocurrency market capitalization increased in the past 24 hours. Its current value is $190.79 billion. This value represents an increase of $5.49 billion when compared to the value it had yesterday.

The largest crypto exchange by market volume, Binance, has acquired the most popular crypto indexing website, CoinMarketCap. The purchase was made in secret, which means that the price is still undisclosed.

Binance CEO Changpeng Zhao announced that the deal officially closed March 31, even though a verbal agreement was there “a few months ago.”

The Stellar Development Foundation has shown that it is thinking of the endangered during the times of crisis. It decided to dedicate 2.5 million Lumens to 6 non-profit organizations to help the coronavirus crisis. On top of that, they are very vocal in calling out the community to help.

The foundation will start the initiative off by donating 100,000 Lumens to each of the six charities, while the remaining funds will be used to match the community contributions on a 1-1 basis throughout the month of April.

Bitcoin bulls finally mustered enough strength to reach above the immediate resistance of $6,640, which was contested many times over the past couple of days. The push was gradual rather than sudden, and BTC managed to even contest the next resistance level ($6,850) which held up well. However, one candle brought extreme volume and pushed Bitcoin just below $7,300 just briefly.

Bitcoin’s volume increased when compared to the previous days, while its RSI level is hovering below the overbought territory.

Ethereum had a clean, steady run to the upside, with its price going from $130 all the way up to $143, where it is trading at the time of writing. The second-largest cryptocurrency by market cap finally had an increase in volume after a long period of low-volume trading. The price, at one point, briefly spiked all the way up to the $150 but was quickly brought back down.

Ethereum’s RSI level is currently in the overbought territory on the 4-hour chart, sitting at around $74. A few resistance levels have been added, but they have not been confirmed as key levels yet.

Ever since XRP has left the descending trend, it has been quite stable and upside-oriented. However, its gains did not match the rest of the crypto market. This is the case with today’s gains as well, as XRP gained the least out of the top3 cryptos. However, the move to the upside was steady, and the volume was increased.

XRP’s volume increased multiple times during one 4-hour candle, while it was slightly increased over the rest of the day. Its RSI level is currently at 61.