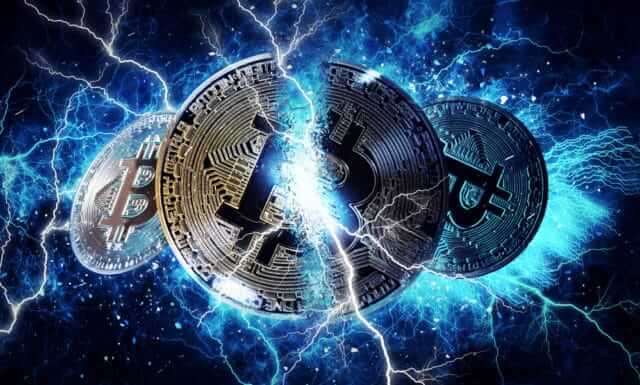 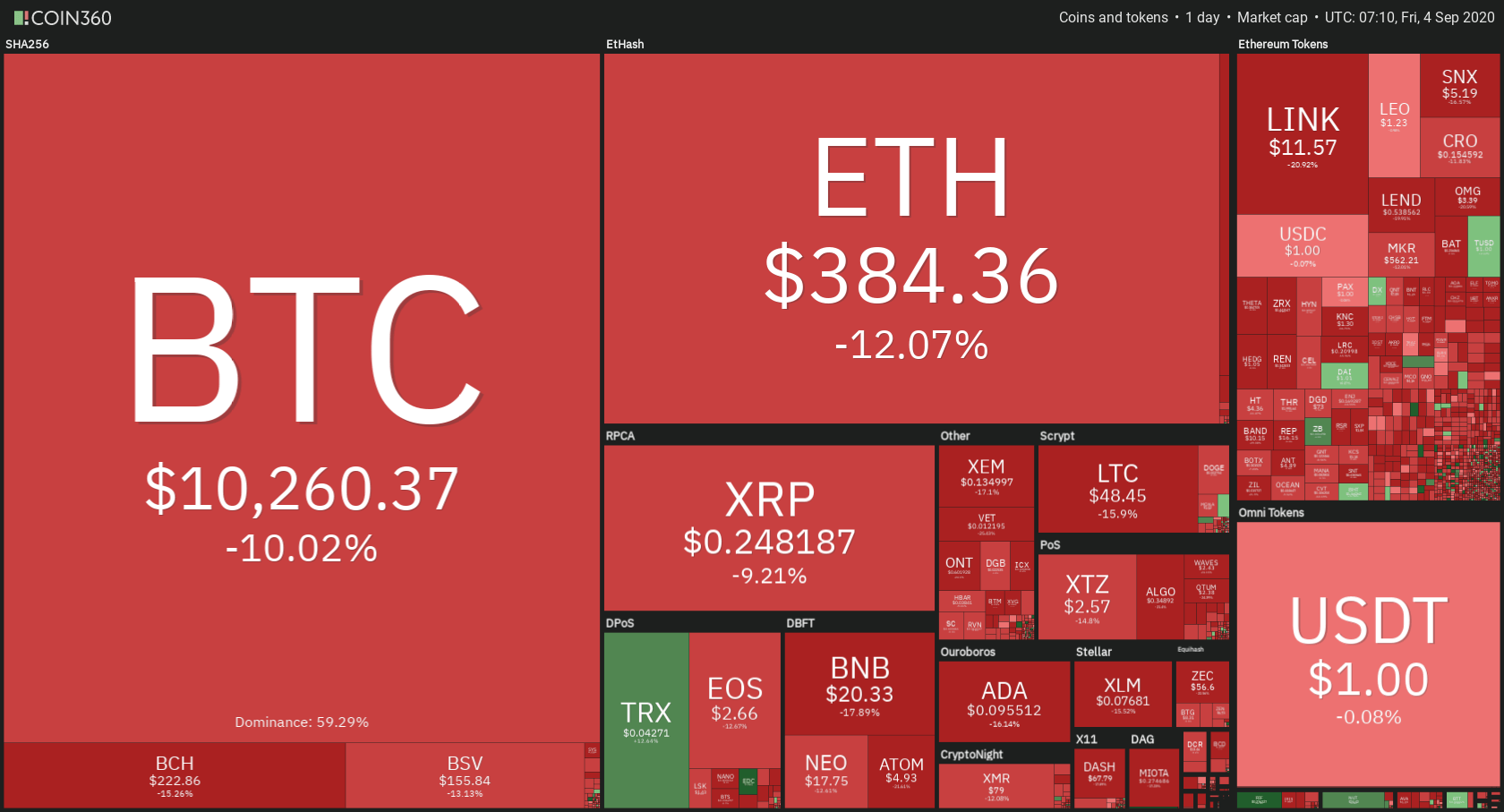 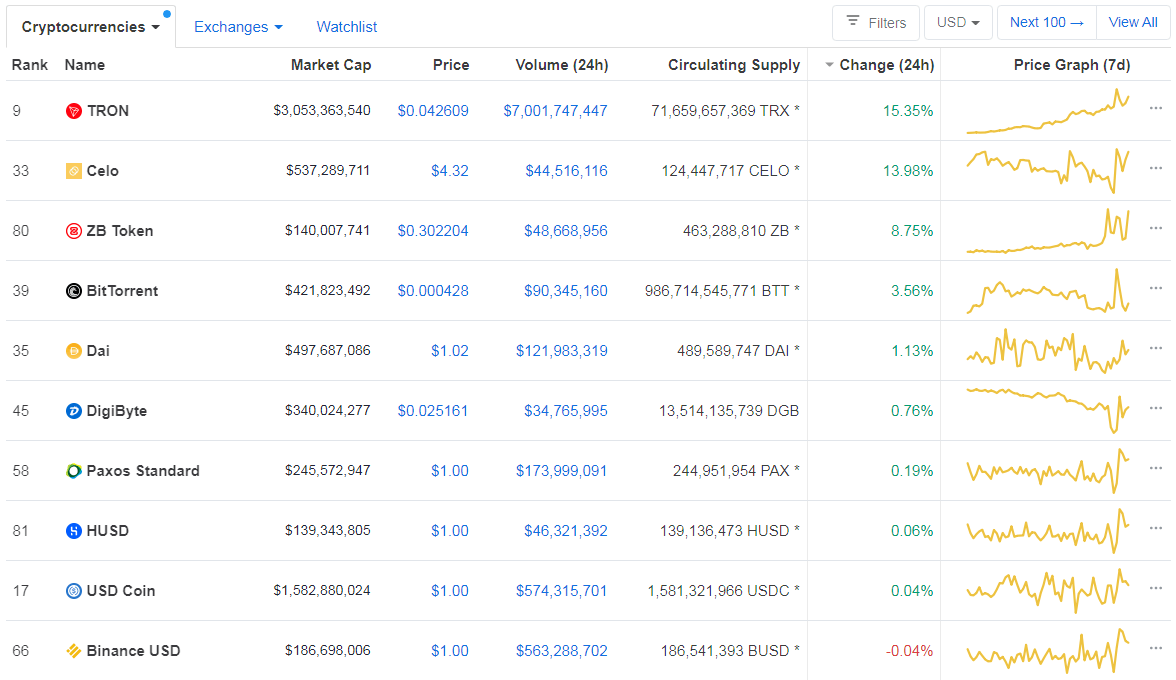 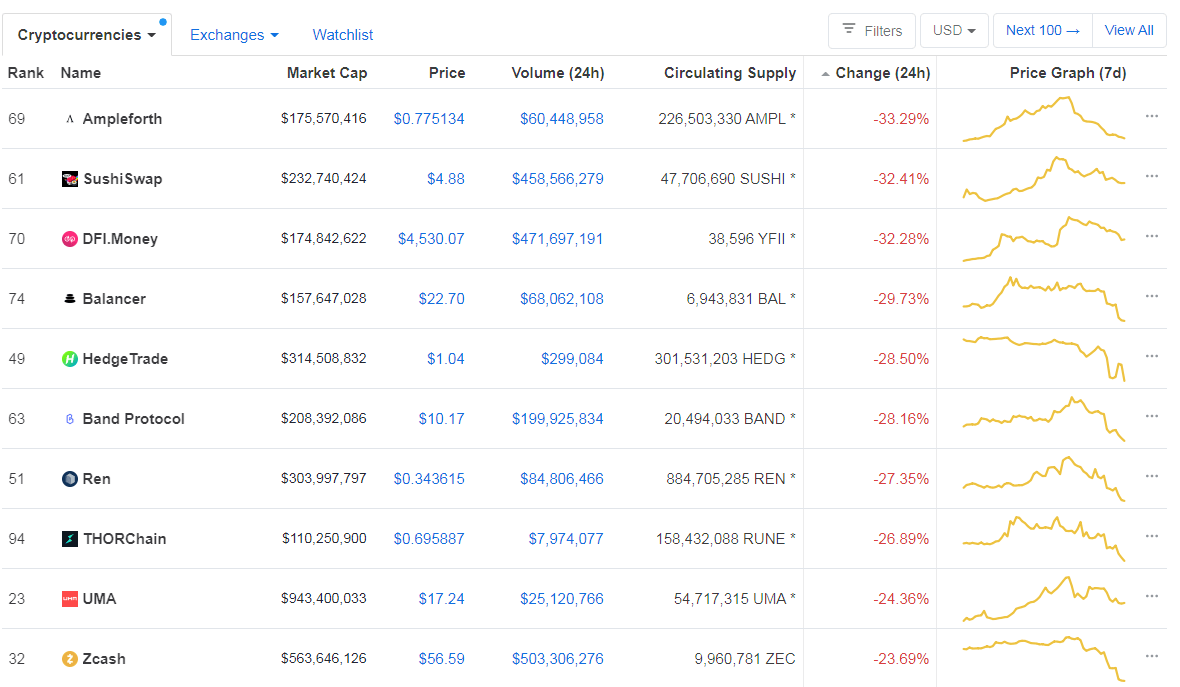 Bitcoin’s dominance level has gone up slightly, with its value is currently at 59.29%, represents a 0.67% difference to the upside when compared to when we last reported. 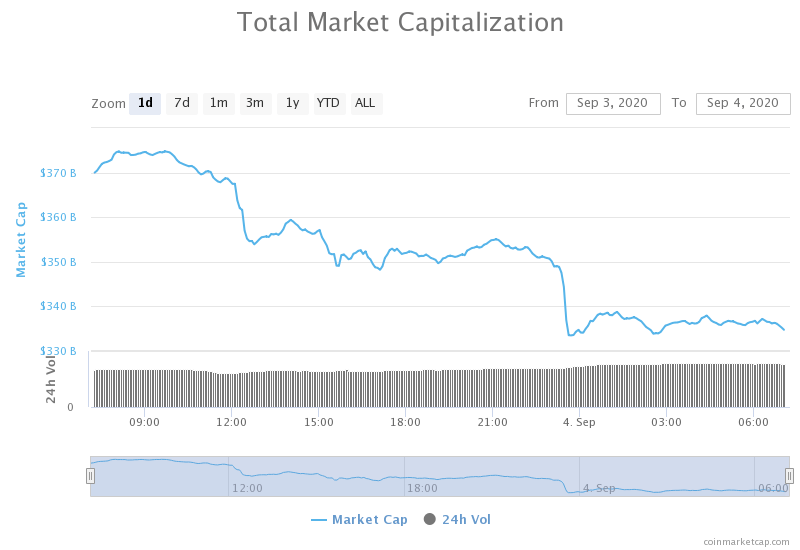 The crypto sector capitalization has plummeted in the past 24 hours. Its current value is $334.65 billion, which represents a decrease of $39.74 billion when compared to our previous report.

After failing to break the $12,000 mark, Bitcoin bears have taken over the market and the price plummeted, reaching as low as $10,000. While it was true that many people were bullish and called for a bull market, Bitcoin’s continuous failed attempts to break $12,000 took its toll and started a short-term bear trend that could reach $9,600 at some point.

There are many reasons that caused Bitcoin (and the rest of the crypto market) to plummet, mainly the US traditional market, DeFi, miners as well as traders.

Ethereum had a similar day to Bitcoin, with its price plummeting and reaching as low as $371. The second-largest cryptocurrency by market cap tried to break the downward pressure after dropping below $445. It quickly bounced off of $415 and pushed towards the upside. However, the $445 level was now resistance, and after a failed attempt to break it, ETH moved further down.

Ethereum is now in its consolidation/recovery stage near $380.

Traders should pay attention to any influx in volume as well as how ETH handles $415.

XRP was no exception when it comes to today’s price movement. The third-largest cryptocurrency by market cap plummeted and reached as low as $0.238 before starting to recover. The price is now recovering at the $0.2454 support level, which is (at the moment) contested. It is still unsure of whether XRP will end up above or below it, so traders should watch out to a breakout to any side.