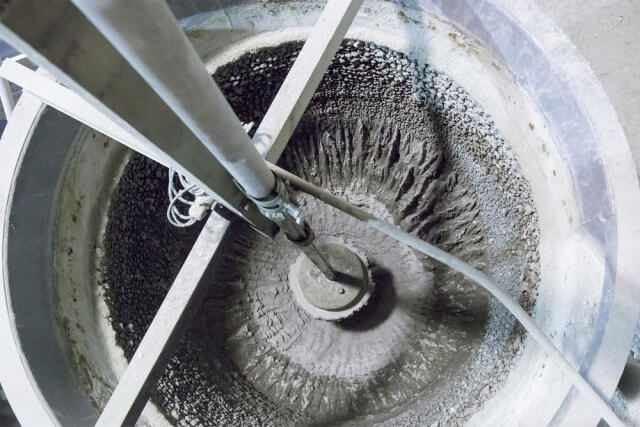 Cement is a commodity that is likely to never run out of demand any time soon. As buildings get kept on renovated in the developed economies, and significant infrastructures like apartments, independent single-family houses, and corporate company buildings continue to be constructed in the developing economies, Cement is required. Increasing Cement Production figures are suitable for the economy, and if the increase is due to international demand, then it is good for the global economy.

Few commodities like Crude Oil, Iron, Steel, and Cement are very required in the modern economy, and countries that are ahead in the production of these goods have experienced substantial growth. Concrete stands behind water in second place as the most widely consumed resource on the planet. Hence, understanding of Cement Production and its impact on economies can help us understand the macroeconomic picture for better fundamental analysis.

What is Cement Production?

The Cement that we generally refer to is the Portland Cement. Cement is the primary ingredient of concrete used in construction. Cement combines with water, sand, and rock to harden to form a concrete structure that has high strength and durability.

Cement is manufactured through a tightly regulated chemical combination of Calcium, Aluminum, Silicon, Iron, and other ingredients. Cement is made using limestone, shells, and chalk or marl combined with shale, clay, slate, blast furnace slag, silica sand, and iron ore. These together, when heated at high temperatures, form a rock-like substance that is ground into the fine powder that we generally refer to as Cement.

How can the Cement Production numbers be used for analysis?

Cement is an essential ingredient in today’s urban infrastructure. It is used in the construction of homes, buildings, apartments, etc. Hence, every physical structure that we can set our eyes on around us is probably made out of Cement. It is for this very reason Cement stands second after water as the planet’s most consumed resource.

Hence, the demand is virtually inexhaustible, not for the near future, at least. As the emerging economies continue to develop at a pace higher than that of the mature economies, there will be a large section of the global population coming into the middle-class, where invariably demand for housing, expansion of businesses are set to increase.

In the world of Cement Production,  China is miles ahead of any other country, exporting 2,500 million metric tons of Cement in 2014. China has the largest cement industry. China uses this Cement for its construction as well as exporting to other countries. Cheaply available Cement has mostly helped China in its infrastructure improvement. 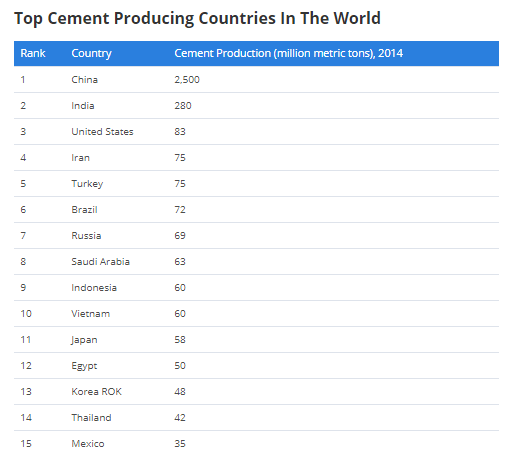 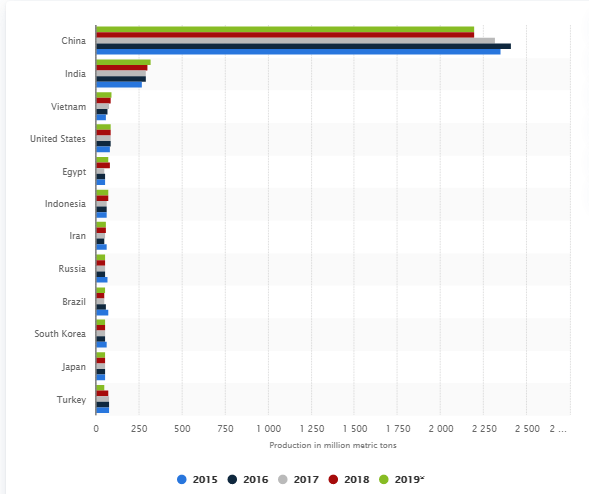 Although the United States remains the largest economy in the world, that is going to change, as China and India continue to grow at a pace higher than the USA. The growth rate of India is the highest, while China is close to the United States in GDP terms.

As of 2019, the USA GDP is 21.5 trillion dollars, while China stands second with 14.2 trillion dollars. But it is important to note that China’s growth rate is higher than that of the USA, and if this continues, China will beat the United States. Most emerging economies are achieving their economic growth through exports, and dominating such essential commodities, like Cement, gives the economy an upper hand.

An increase in Cement Production helps developing economies to tap into the global market demand to compete against China for a more significant portion of the world market. For example, Indonesia is improving its share in the global market by providing Cement for as low as just 20 dollars compared to the 34 dollars price tag of China.

Hence, developing economies that can produce Cement commercially can boost their economy through international trade exports. Once a system is established that is efficient, upscaling it to unprecedented levels can boost the economy significantly. 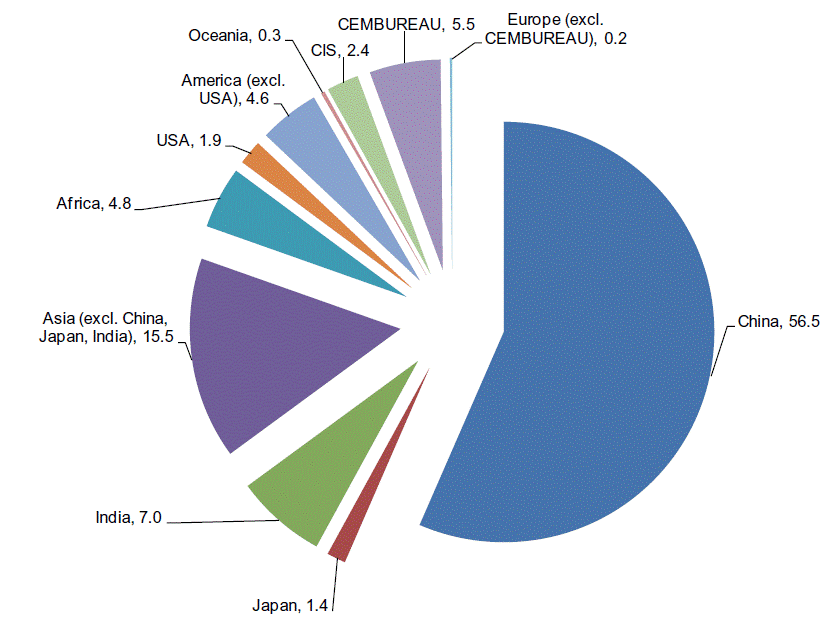 Note: Cement Production, although important, comes at the cost of air pollution. Cement Industry is one of the primary sources of Carbon Dioxide (Greenhouse gas) in the atmosphere, which is responsible for global warming. It is also responsible for soil erosion that destroys the top layer of land, which is necessary for agriculture.

An alternative called Green Cement is to replace Cement. It has better functionality, uses fewer resources, and is less damaging for the environment. With environmental issues being a significant concern, a potential shift may occur in the market towards green Cement as the go-to product for construction. Countries that will come up with an efficient way of mass-producing this green Cement at affordable prices can beat the current Cement industries. The only challenges are pricing and lack of availability in large quantities.

Cement Production is an economic indicator in our analysis solely based on its importance and demand. It is a proportional indicator, meaning an increase or decrease in its numbers can grow or contract the economy, thereby appreciating or depreciating domestic currency, respectively.

It is a micro-economic indicator, as it does not cover the entire economy’s production and can be closely monitored for countries whose dependency on Cement Production is high, which is more useful for regional level assessment.

In the currency markets, Cement Production values are not macroeconomic indicators and are only useful in microeconomic analysis within the country to predict construction-related growth, as an increase in labor force employment, wage growth, which are generally seasonal.

The National Bureau of Statistical of China publishes monthly data of its Cement Production on its official website.

We can find global Cement Production data on globalcement.com given in the sources.

Cement Production statistics for various countries can be found here

Updates on Cement Industry, in general, can be obtained here

Impact of the ‘Cement Production’ news release on the price charts

In the previous section of the article, we understood the Cement Production fundamental indicator and saw how it could be used for analyzing a currency. We shall extend this part of the discussion and see the impact it makes on a currency pair when the data is released. We would like to mention that Cement Production is not an important economic indicator when it comes to the fundamental analysis of a currency. Investors don’t consider it to a significant driver of the currency, but it surely impacts the construction segment, as building construction is largely dependent on Cement production and supply. This, in turn, affects the economy.

In today’s example, we will examine the impact of Cement Production on the Indian Rupee and look at the change in volatility to the news release. A higher production rate than before is considered to be positive for the currency, while a lower than the previous production is considered to be negative. The below image shows the graphical representation of Cement Production in India for the last two months. We see that there has been a reduction in total production for the month of February. Let us find out the market reaction.

We will first analyze the impact on the USD/INR currency pair. The above image shows the state of the chart before the news announcement, where we see that the overall trend is up, and recently there has been a price retracement to a ‘demand’ area. The buyers have already reacted from the demand area, and the price is on the verge of continuing the uptrend. Since the Cement Production indicator does not a major impact on the currency, traders can take ‘long’ positions and trade with the trend.

After the news announcement, the price falls and goes below the moving average line. The ‘news candle’ closes with bearishness, indicating the Cement Production data was not lower by a large margin for that month as compared to the previous month. There is little change in volatility due to the news release, which explains the importance of the indicator among traders. Thus, traders should analyze the chart technically and trade based on that.

The above images represent the GBP/INR currency pair, where, in the first image, we see that the market is moving within a range and currently is near the top of the range. At this point, one can expect sellers to activate and sell the currency. Since the ‘news announcement’ is a less impactful event, traders can take a ‘short’ position with a stop-loss above ‘resistance.’

After the news announcement, the market reacts positively to the data, and traders take the price lower. The impact of Cement Production was similar to the above pair as we see that traders bought Indian Rupee and strengthened the currency. Thus, it is clear that the market reacted technically (price fall from ‘resistance’) and not much to the news data.

The above images are that of EUR/INR currency pair where we see that before the news announcement, the market is in a strong uptrend, and recently the price has retraced to a ‘support’ area. This is a desirable market condition for going ‘long’ in the market after price action confirmation from the market. As the news data does not have a major impact on the currency, traders should not be worried about high volatility, which is typically observed after news announcements.

After the news announcement, the market moves lower by the bare minimum, and there is hardly any volatility witnessed. The Cement Production data did not create any major impact on the currency pair, where the market remains around the same price even after the news release. Once the market continues to move higher, one can join the trend by taking a ‘buy’ position.

That’s about ‘Cement Production’ and its impact on the Forex market after its news release. If you have any questions, please let us know in the comments below. Good luck!