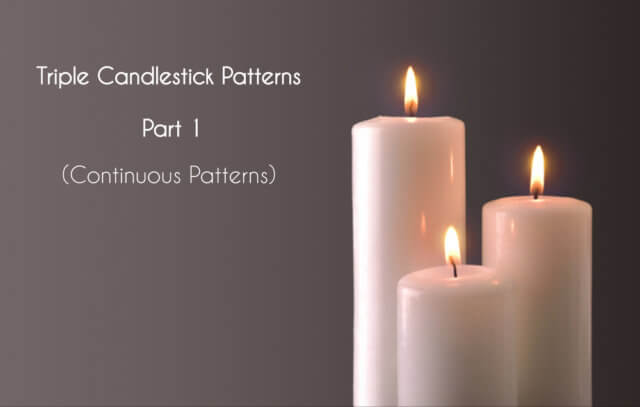 Three White Soldiers is a bullish triple candlestick pattern that predicts the reversal of the short term downtrend. The reversal of this short term trend leads to the continuation of the long term trend, and hence this pattern is classified as a continuation Pattern. This pattern consists of three long-bodied candles that open within the previous candle’s body and close above the previous candle’s high. 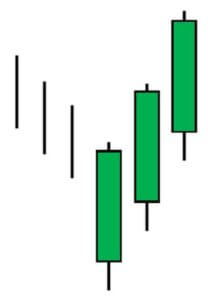 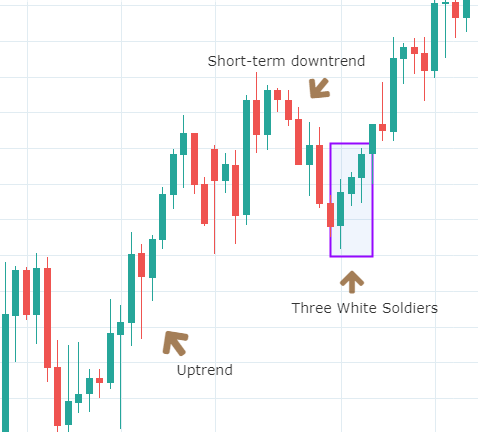 Three White Soldiers pattern is used by traders for both entry and exit. Traders, who were short in the currency pair will look for exit and traders who were following the long term uptrend take a bullish position and enter the market.

The Falling Three Methods is a major trend continuation pattern and is sometimes referred to as five candle patterns because of the confirmation candles at the first and fifth positions. These two long candles confirm the trend and its continuation. The sole of this pattern is the three counter-trend candlesticks in the middle. This pattern should never be considered as a reversal pattern; it is a clear trend continuation pattern. 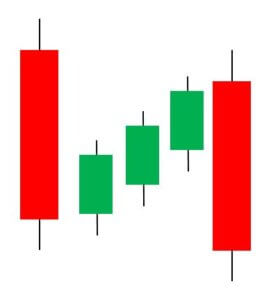 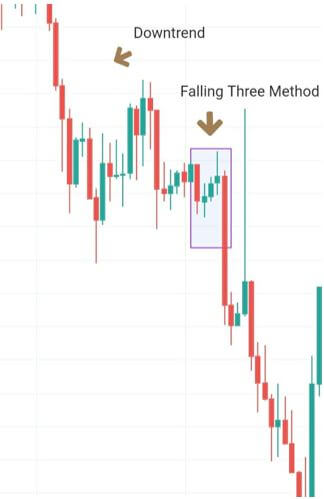 This pattern is used by traders to initiate new short positions or add to an existing one. A trade is taken only after the fifth candle, which confirms that the trend is going to continue. There are also traders who use the 10-day moving average to confirm that the market is in a downtrend. While trading this pattern, one needs to make sure that this pattern is not at the key support level.

These are two famous triple candlestick trend continuation patterns. Make sure not to use these patterns stand-alone. They must be paired with other credible technical tools like indicators or chart patterns to confirm the authenticity of signals they generate. In the upcoming lesson, let’s look at some of the Reversal Triple Candlestick Patterns. Cheers!