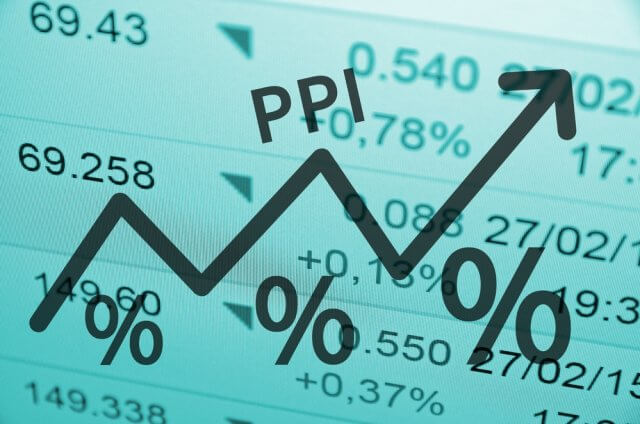 For forex traders, the producer prices change come as an afterthought. The changes in the prices of the output by domestic producers is a vital macroeconomic indicator since it is considered a leading indicator of inflation. Therefore, understanding how these changes impact the economy, the rate of inflation, and the currency can be useful to forex traders.

Producer prices change in the United States is measured using the producer price index (PPI). The PPI is a weighted index that measures the change in the price of finished goods and services sold by producers.

The consumer price index is the most cited metric for measuring inflation. However, PPI can be used as a measure of inflation; because it tracks the changes in prices from the perspective of producers. CPI tracks price changes from the consumers’ perspective. Therefore, PPI can be used as the foremost tracker of inflation since it measures the changes in the prices of output before it is distributed to the consumers. PPI can be considered to the purest change in the prices of output since it does not include the changes caused by sales taxes and mark-ups by retailers. Hence, PPI is predictive of the CPI, as shown by the correlation in the chart below.

Since the PPI does not represent the general and final changes in the prices of goods and services in an economy, it is regarded as a weak economic indicator in the forex market.

How PPI is measured

It is worth noting that the prices of food and energy are considered to be highly volatile and are therefore not included in the computation of the core PPI. This omission is justified by the fact that their prices are reliant on the short term supply and demand, which makes it difficult to compare these prices in the long-run.

As mentioned earlier, PPI is a weighted index. Weighting means the size and importance of the items sampled are used. The changes in prices compared to those of 1982 as the base year.

How can the PPI be used for analysis?

Rising inflation signifies the availability of cheap money, which encourages spending and investments. The Federal Reserve then raises interest rates to reduce the amount of money in circulation. At higher interest rates, borrowing money becomes expensive hence reducing consumption. Similarly, it becomes lucrative for households to save money since they earn more. Postponing consumption tends to reduce the amount of money I circulation hence lower rates of inflation.

Inarguably, low rates of inflation result in a stagnant economy. Although inflation is good for the economy, when it gets out of hand, it results in a rapid depreciation of a country’s currency. It is for this reason that the central banks use interest rate policies to set the desired maximum and minimum inflation rate. In the US, for example, the Federal Reserve has set the country’s inflation target at an average of 2%.

An increase in the PPI signifies that the overall rate of the CPI will also increase. This increase will reduce the purchasing power of the country’s currency since the same amount of money will afford a lesser quantity of goods and services. Therefore, an increasing rate of inflation encourages consumption within an economy because savers will be afraid that their money will lose value.

This increased consumption leads to growth within an economy. Conversely, a decreasing PPI signifies that the overall inflation is likely to reduce. This reduction, in turn, encourages people to save their money hence reducing the rate of consumption in an economy.

Inflation can result in a feedback loop. Hence, rising inflation will encourage more expenditure and investment in an economy leading to further inflation. This feedback loop occurs when savers opt for consumption to avoid the depreciation of their money; this, in turn, increases the amount of money in circulation, which causes the purchasing power of money even to reduce further.

The end goal for any forex trader is to establish whether a change in any fundamental indicator will lead to an interest rate hike or cuts. This anticipation is what primarily impacts the price action in the forex market.

The most recent PPI data was released on August 11, 2020, and can be seen at Forex factory here. A more in-depth review of the PPI report from the Bureau of Labor Statistics can be accessed at the BLS website.

As can be seen, both the monthly PPI and core PPI data are expected to have a high impact on the USD upon release.

Now, let’s see how this release made an impact on the Forex price charts of a few selected pairs.

After the PPI data release, the pair formed a 15-minute bullish candle followed by a period of volatility. The pair later adopted a bearish trading pattern with the 20-period MA steadily sloping downwards, showing that the USD became stronger as expected.

Before the news release, the GBP/USD pair showed a similar steady uptrend as observed with the EUR/USD pair. As seen above, the 20-period MA is steeply rising with candles forming above it.

After the PPI release, the pair formed a 15-minute bullish “hammer” candle. As with the EUR/USD, the pair subsequently reversed the uptrend and traded in a steady downtrend, the 20-period MA sloping downwards.

Unlike the strong uptrend observed with the EUR/USD and GBP/USD pairs, the AUD/USD pair traded in a weak uptrend before the PPI data release. This trend is evidenced by candles forming just around the slightly rising 20-period MA. After the news release, the pair formed a 15-minute “bearish Doji” candle signifying a period of volatility. The pair subsequently reversed the trend adopting a steady bearish stance with the 20-period MA sloping downwards.

Although the PPI is a relatively low impact fundamental indicator compared to the CPI, this analysis has proved that its release has a significant impact on the price action. Forex traders should avoid having any significant positions open before the release of the PPI.