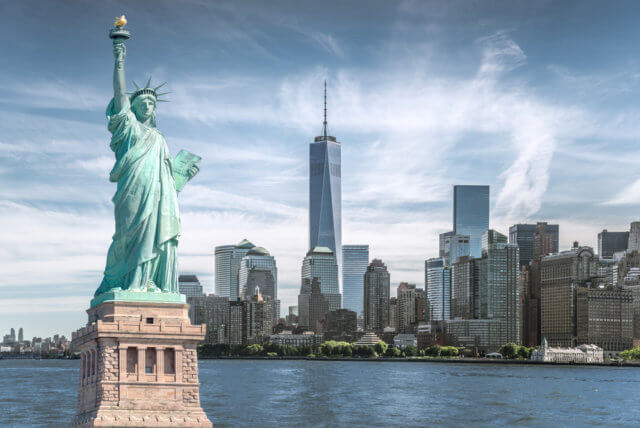 Forex is a 24 hours market, and it is open five days a week. So there are a hell lot of opportunities this market offers to the traders across the world. However, to make more profits and be successful in this market, we don’t have to trade 24 hours on all the days it is open. On any given day, the Forex market shuts down in some continents and opens in some other continents. This leads to the opening and closing of different Forex sessions.

We will also be trading the Forex market when the New York session overlaps with the London session. At this point, the volatility will increase furthermore as it is an overlap of the two biggest Forex sessions. The idea is to trade in the direction of the larger players. For each country, the New York session opens at different times. For instance, if you are trading the Forex market from England, the US Session opens for you at around 13:00 GMT. Likewise, if you are trading the market from India, the US session begins at 18:30 IST.

There might be a valid reason behind this, but this shouldn’t be taken seriously. Currency pairs do not move according to the session. Instead, they move according to market circumstances. So in the New York session, we can choose any pair, but we must follow the below rules in order to trade this session profitably.

The same is vice-versa for a currency pair if the market is in a strong downtrend.

In the below image, we can clearly see that the EUR/AUD Forex pair is in a strong uptrend.

We can see the price breaking out at the opening of the US session. This indicates that the big players are ready to take over the market. The price action then holds above the breakout line, and this suggests that the breakout is real. Hence we can anticipate buy trades in this Forex pair.

We have gone long in this pair as soon as the prices started to hold above the breakout line. The stop-loss is placed just below the support line. We can go for smaller stops when the price action respects the breakout line as it essentially indicates the opposite party giving up. Overall, it was swing trade, and we book the whole profit at the higher timeframe’s resistance area. This entire trade resulted in 150+ pip profit.

In this strategy, we are going to use the Bollinger Bands to trade the New York session. Bollinger Bands, as most of us know, is a quite popular indicator created by John Bollinger. This indicator consists of three lines, which are named as middle, upper, and lower band. These bands expand and contract according to market volatility. Most importantly, this indicator works very well in all types of market conditions.

The below image represents the NZD/CAD Forex pair, which was in an overall uptrend. The price action breaks the major resistance level at the opening of the New York session on the 11th of February 2020. After the breakout, prices started to hold above the breakout line, which tells that the breakout is real, and any long trade anticipated from here will lead to a fruitful result.

In the below image, you can see that we have taken a buy entry in the 2nd half of the New York session. Sometimes, the price action breaks the major S&R level in the morning, and it goes sideways for a while before blasting out in the evening. As professional technical traders, we must trust our analysis and be patient enough even when the market is not going in the anticipated direction. We must always let the price action to tell us what is going to happen next and act accordingly.

So right after the breakout, the momentum of sellers is very weak (can be seen in the above chart). So the stop-loss can be placed just below the breakout line. The take-profit was at the higher timeframe resistance area. At first, prices failed to break the resistance line, and during the second try, prices again failed to go higher. The failed second attempt is a clear indicator to close our winning position. Overall it was a good trade, which gave us nearly 90+ pips in just a couple of hours.

Both of the strategies mentioned above are simple and straightforward. Did you observe that in both of our examples, we didn’t choose USD pairs? Instead, we went for minor pairs, and both of the pairs performed really well in the New York session. This proves that it is not about the currency pair of that particular session. It is about what is happening in that pair. It is critical to follow all the rules first and then make a trading decision. It is always advisable to try these strategies on a Demo account and then use it in the live markets. Happy Trading.