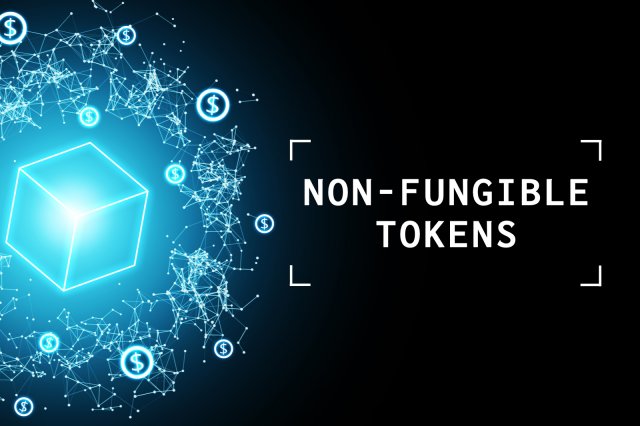 The NFT market is the collection of all NFT trades. So, let’s define NFTs first. An NFT (Non-Fungible Token) is a special kind of crypto token that just cannot be exchanged for another (possibly) equivalent token.

In the cryptocurrency universe, there are coins, tokens, and other miscellaneous digital assets; and there are non-fungible tokens. Of all these, NFTs stand out for one cool reason: each token is different and can be uniquely identified. Let’s contrast them with currencies – a dollar bill can be exchanged for another dollar bill to put this into perspective. But it wouldn’t be that straightforward exchanging a diamond ring with another.

Before diving deep into NFTs and their promising future, let’s first review cryptocurrency tokens from a wider perspective.

Generally, a crypto token is a digital representation of an asset or a specific utility. For instance, such a token could represent redeemable loyalty points. Typically, these tokens can be exchanged for cryptocurrencies, fiat currency, or some special privileges. Like all other cryptocurrencies, they reside on the blockchain – which allows them to leverage all the benefits of distributed ledgers.

One of the things that make the NFT market potentially explosive is its increasing adoption in various applications. Within the last few years, developers have come up with NFT-based solutions for different use cases. Let’s look at a few of these:

Why NFT Is set for Exponential Growth

As of June 2020, the total sales of NFTs had reached $100 million. The 1-year market performance of NFTs (between November 2019 and November 2020) has not been characterized by dramatic rises and falls – as has been the case with some of the major cryptocurrencies. Even so, the NFT market has shown a slow but steady growth within that period. Developments in the sector suggest that NFTs could only grow faster. Below are the top five reasons why you should think so too.

NFTs are designed with scarcity at the very core of their philosophy. Tokens such as trading cards and in-game assets exist in minimal quantities. For instance, each virtual cat on Cryptokitties is unique. This means that if you fancy the cat and really want to have it, you must be willing to spend some coins. This would not be the case if you could duplicate the cat or if all cats were equal.

As crazy as the idea sounds, the game’s logic’s psychological aspects make it work just as intended. The idea that there is only one unit of a certain item drives its demand.

Compared to cryptocurrencies, NFTs are fun and simple to understand. These two features make it easy to learn and adopt NFTs for different uses. There is a multitude of NFT users who don’t even know they are enjoying the fruits of blockchain. In contrast, most cryptocurrency users are forced to learn some of the hard stuff about how crypto’s work is like picking a good wallet, avoiding scams, etc. In short, NFTs were invented (or have been adapted) majorly for fun use.

Asia plays a crucial role in the gaming world. Even before cryptos came into existence, South Korea’s gaming industry had already invented the concept of redeemable in-house currencies, something that could allow you to convert in-house currencies to South Korean Won. Many fun, cute little characters (including many of the emojis we know today) were born in Japan.

The fact that most NFT projects (games in particular) target the Asian market means that they are likely to fit naturally into the region’s cultural context, and this will organically drive up the growth of the NFT market.

NFTs present themselves as equally attractive (if not more) as cryptocurrencies. Part of this high appeal comes from their simple nature. NFTs also highly resemble real-world valuables, which investors are already familiar with. An example is rare artworks whose valuation is widely criticized for being arbitrary. Factors such as who previously owned an artwork, the reputation of the gallery where it is curated, its provenance, etc., can exponentially drive up the artwork’s value.

Back to NFTs – developers can easily create crypto artworks, such as game characters, and assign them these “special attributes.” In case you’re wondering why everyone won’t just create their characters and make money, well, it all boils down to scarcity. And this heavily depends on developer’s/investor’s creativity.

NFTs are making their debuts in different sectors of the mainstream economy, and they are already creating a frenzy. Nike, for example, has filed a patent for its proposed CryptoKicks – physical shoes with digital identities. CryptoKicks will allow Nike’s customers to set apart genuine sneakers from knock-offs. Since it will be possible to trace a pair of sneakers’ ownership history, we might start seeing high-stake auctions and the like. The bottom line is, NFTs have officially entered the mainstream economy, and it won’t be the same again.

NFTs are among the latest inventions on the blockchain. While they have been adapted for several utilities, their use in gaming is particularly notable. To date, NFTs worth $100 million have been traded – which is a sign of investor confidence in the relatively new concept. Also, 2020 has been a fairly good year for the sector, which has so far recorded a slow but steady growth. NFTs are easy to learn and use, which gives them an edge when it comes to quick adoption among user communities. Coupled with scarcity, high adoption in Asia, its attractiveness to investors, and increasing mainstream adoption, the future of NFTs is highly promising. Naturally, the next thing to look out for is how to take advantage of this promising future.