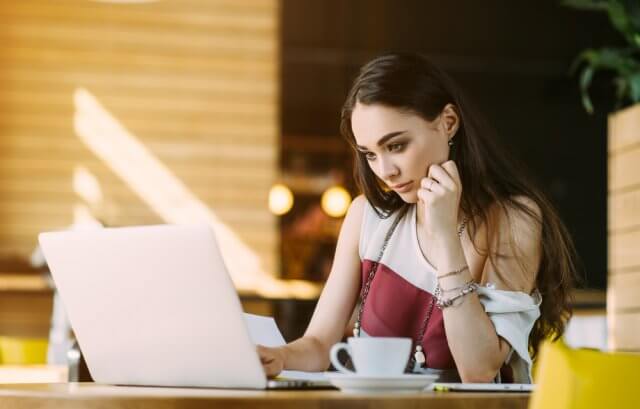 The eyes will remain on the U.S. NFP data on the news side, which is expected to report a slight drop from 638K to 500K during the previous month. Besides, the U.S. Average Hourly Earnings m/m and Unemployment Rate will also remain the main highlight of the day, and these may determine the USD trend for today and next week. Let’s wait for the news.

The EUR/USD pair was closed at 1.21474 after placing a high of 1.21744 and a low of 1.21008. EUR/USD pair extended its gains for the 3rd consecutive day on Thursday due to the U.S. dollar’s weakness amid the rising hopes for the next round of U.S. stimulus package from Congress.

The Top Democrats, Joe Biden, and Nancy Pelosi backed the bipartisan $908 billion stimulus plan on the previous day. They urged the Senate Majority Leader Mitch McConnell to drop his plan to bring a more modest package. All top Democrats, including the President-elect Joe Biden, Nancy Pelosi, and the Senate Minority Leader Chuck Schumer, said that the bill would be acceptable as a starting point.

The need for more stimulus relief packages to support the economy was increasingly evident, with both the ADP Non-Farm Payrolls and the ISM manufacturing survey below the expectations. Meanwhile, Car and Truck sales in November also fell from October level. On the coronavirus front, the U.S. had its deadliest day since the start of the pandemic on Thursday, with over 2700 recorded deaths due to coronavirus. Over the past 2-days alone, the death toll has reached 5000. The number of hospitalized people also reached for the first time, an alarming level of 100,000. All these developments weighed heavily on the U.S. dollar on Thursday and added strength to the EUR/USD pair.

On Friday, the EUR/USD pair continues to trade sideways ahead of the NFP figures, which may drive sharp movements during the U.S. session.

On the higher side, the EUR/USD may find an immediate resistance at 1.2160 and 1.2196 level. Simultaneously, the closing of candles below the 1.2103 level can send the EUR/USD pair further lower until 1.2080. Trend depends upon the NFP data.

The GBP/USD closed at 1.34525 after placing a high of 1.34998 and a low of 1.33288. The GBP/USD pair rose and reached above one year’s highest level over the bullish Brexit bets and the U.S. dollar’s weakness. On Thursday, the latest news raised the British Pound over the board that suggested that the Brexit trade deal could be reached by the weekend after the two sides showed hints of compromise over fish quotas. The positive news made the British Pound the best performer on the day in the G10 currencies.

In an attempt to break the deadlock, Mr. Barnier and Boris Johnson lowered their demands by asking to get back only 60% of the fish that E.U. boats currently catch in British waters, down from 80%. Under the reported proposal, the U.K. would hold onto increased stocks of fish that are sold in the U.K. while the E.U. will keep the similar quotas of stock that are popular in the E.U. but not in the U.K.

The compromise was reported less than a week after E.U. Brexit negotiator Michel Barnier proposed to return about 15-18% of the fish caught by European fleets in British waters to the U.K. under a free trade agreement; however, at that time, the U.K. rejected this proposal.

The progress on fisheries is progress after a months-long stalemate; however, other key sticking points, including the level-playing field and governance, need to be solved to reach a deal. The time for the end of the Brexit transition period is near, and both sides have shown hints that a deal might reach by this weekend.

All these optimistic Brexit progress reports gave the local currency British Pound strength and supported the GBP/USD pair’s upward momentum that led the pair to its one-year highest level near 1.35000 on Thursday.

On the data front, at 14:30 GMT, the Final Services PMI from Britain raised to 47.6 against the expected 45.8 and supported British Pound and added further gains in GBP/USD pair.

Furthermore, the gains in GBP/USD pair on Thursday were also because of the U.S. dollar’s weakness due to the progress in talks to reach a consensus between Republicans & Democrats over the second round of stimulus talks. Joe Biden, Nancy Pelosi, and Chuck Schumer have shown their consent for the bipartisan bill of $908 billion. This progress raised the hopes for a stimulus bill and weighed on the U.S. dollar that added strength to the GBP/USD pair.

The GBP/USD is trading sideways in between a fresh trading range of 1.3305 – 1.3445. Breakout of this range can lead the Cable price towards the 1.3517 level. The volatility seems low ahead of the Christmas holidays. However, the European session can trigger a buying trend until the 1.3515 level, while support continues to stay at the 1.3305 level. A bearish breakout of the 1.3305 level can trigger selling until the 1.3212 level. The MACD and RSI are suggesting a bullish bias in the market. Let’s consider taking buying trades over 1.3305 and 1.3447 level today.

The U.S. Dollar Index extended its losses for 3rd consecutive day on Thursday and fell to a 31-month lowest level below 91.10 after the hopes for the next round of stimulus raised in the market. The top three Democratic Leaders, President-elect Joe Biden, House Speaker Nancy Pelosi, and Senate Minority Leader Chuck Schumer, backed the bipartisan proposal for a coronavirus relief package worth $908 billion. They all urged the Senate Majority Leader Mitch McConnell to drop his plans of bringing a more modest package back to the floor of the upper chamber.

Both parties agree that more relief aid should be delivered to Americans to curb the coronavirus pandemic’s effects but have differences over the size, method, and healthcare system. The renewed efforts to strike a deal followed a months-long deadlock over the second stimulus relief package and weighed heavily on the greenback that added losses in the USD/JPY pair.

Furthermore, the U.S. dollar was also weak because of the rising cases of coronavirus in the U.S. The U.S. saw its deadliest day since the start of the pandemic on Thursday after 2,700 deaths were reported in a single day. Over the past two days only, the death toll has reached 5,000 in the U.S. from the coronavirus, and the hospitalization rate has also increased, with more than 100,000 cases reported to be hospitalized in a single day.

These raised concerns for the U.S. economy as many states were still under strict restrictive measures, and the economic activities there were still affected. The rising number of deaths might weigh more on the local currency. The U.S. dollar came under pressure and dragged the USD/JPY pair further on the downside.

The USD/JPY has violated the sideways trading range of 104.600 – 104.200, and now it’s trading at 103.876 level. On the lower side, the pair has formed a triple bottom level, supporting the pair around 103.700 level. Investors seem to wait for the U.S. NFP and unemployment rate figures to determine further U.S. dollar trends. On the lower side, the USD/JPY may head towards the 103.200 level upon a bearish breakout of the 103.750 support level. While resistance stays at 104.350 today. Good luck