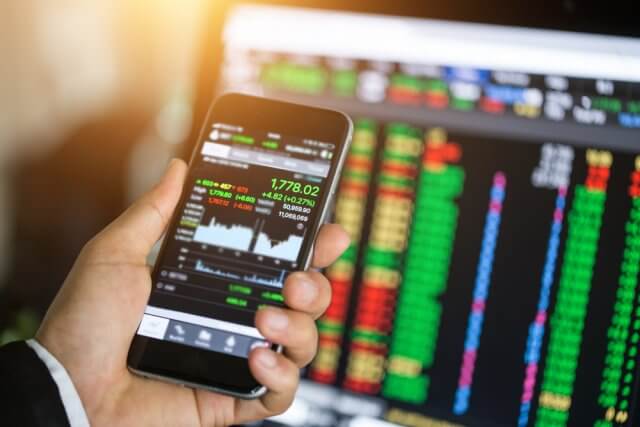 On the news front, eyes will be on the low impact events such as Sentix Investor Confidence from Eurozone and JOLTS Job Openings from the U.S. Besides, the stronger NFP data may keep dollar bullish.

The EUR/USD prices were closed at 1.17849 after placing a high of 1.18829 and a low of 1.17550. Overall the movement of the EUR/USD pair remained bearish throughout the day. The EUR/USD pair broke under the 1.1800 level and reached 1.175 the lowest in 3 days after the U.S. dollar took its pace and outperformed in the market. The greenback rebounded from its two years low and trimmed its weekly losses on Friday that weighed on EUR/USD pair.

The rising tensions between the U.S. & China have already driven the U.S. dollar higher, and the U.S. jobs data on Friday added further strength to it. The latest development in the US-China conflict was the U.S. imposed sanctions on officials in Hong Kong and China, including Hong Kong leader Carrie Lam, over the suspension of protests in the territory.

The French Trade Balance for June came in negative as 8.0B against the projected -7.1B and weighed on Euro. The Italian trade Balance at 13:00 GMT came in line with the expectations of 6.23 B.

Investors failed to cheer the positive data from Europe as the U.S. dollar was stronger on Friday, and the sharp decline in Turkish Lira over the past week exerted downside pressure on Euro.

A sharp selloff triggered the Euro’s correction in Turkish Lira that dropped it to the lowest of 2 years, the historic currency crisis of August 2018. The reserves of Central Banks of Turkey (CBRT) went negative for a couple of weeks, which caused a surge in the Turkish Lira’s selloff. However, last month, CBRT made a massive purchase of gold and overtook Russia as the world’s largest gold purchaser. In the lira currency crisis of 2018, Euro underperformed during that time period, and this has raised fears that if the history repeated, then downside risks for Euro can be seen.

The Pound to U.S. dollar exchange rate fell by -0.3% on Friday to a low of 1.3000. The Sterling fell against the U.S. dollar after the concerning comments from the UK Chancellor Rishi Sunak, who warned that the extended furlough scheme would only give false hopes to the people. Mr. Sunak said that it was wrong to trap the people in a situation and pretended that there was always a job that they can go back to.

However, apart from this downbeat comment, Mr. Sunak also raised hopes for a possible Brexit deal and said that he was confident that there was a possibility to get an agreement with the E.U. by September. As in result, GBP investors became hopeful that there was possible progress in the EU-UK trade talks.

On the data front, the Halifax House Price Index for July rose from 0% to 1.6% and beat the expectations of 0.2%. However, the GBP investors failed to cheer the U.K.’s positive data as the U.S. dollar was strong across the board on Friday.

The U.S. dollar gained traction on the board on Friday after the release of better than expected U.S. jobs data. The latest US Non-Farm Employment Change suggested an increase in the number of jobs created in June by the U.S. Department of Labor & Statistics to 1.8M from the expected 1.5M and helped the U.S. dollar gain traction.

The Average Hourly Earnings from the U.S. also rose to 0.2% from the previous -1.3% and the expected -0.5% and supported the U.S. dollar. The Unemployment Rate for June dropped to 10.2% against the expected 10.5% and May’s 11.1%. The less unemployment rate from the U.S. showed that the U.S. economy was moving on the recovery side even after the widespread coronavirus cases across the country.

The better than expected U.S. jobs data weighed heavily on GBP/USD pair and dragged it to 1.3000 level on Friday. The Sterling traders will be looking ahead to Monday’s release of the latest Retail Sales figures from the U.K. Any improvement in the U.K.’s retail sector would provide strength to Sterling.

The U.S. Dollar Investors will be looking at the publication of the US NFIB business optimism index for July. The demand for safe-have greenback can be lifted after any improvement in the outlook for the American economy. On Tuesday, the release of the U.K.’s ILO unemployment rate report for June. If the figures came in equal to 3.9% or less, we could see the GBP/USD pair go on the upward as fears of high unemployment will be diminished.

The GBP/USD consolidates at 1.3067 level, holding right above the 50 periods EMA support area of 1.3040 level while the bearish breakout of 1.3040 level can extend selling unto 1.2918 level. Recently as we can see in the chart above that the GBPUSD pair has violated its upward trendline that supported the pair around 1.3130 level, and now below this, we can expect GBP/USD to continue trading bearish. The GBP/USD should show

a bearish crossover in order to confirm a strong selling bias in the Cable. On the higher side, Sterling may find resistance at 1.3105 and 1.3175. Let’s consider selling below 1.3045 level today.

The USD/JPY pair was closed at 105.912 after placing a high of 106.055 and a low of 105.478. Overall the movement of the USD/JPY pair remained bullish throughout the day. After falling for two consecutive days and staying flat for a day, USD/JPY pair rose and posted gains on Friday amid strong U.S. dollar comeback.

Since two years after U.S. President Donald Trump decided to ban U.S. transactions with two popular Chinese apps, the U.S. dollar rebounded from the lowest level. During the occasions of massive conflicts between the U.S. & China, the U.S. dollar has often preferred as a refuge, and on Friday, the U.S. dollar again used this status.

The U.S. President Donald Trump officially banned American companies from working with TikTok, the video streaming app, and WeChat, the social messaging app. the action to ban these companies was taken in response to the widespread fears of data privacy. However, the chances that the US-China conflict will rise further increased after this move, and hence, the U.S. dollar gained.

Meanwhile, the U.S. Treasury imposed sanctions on 10 top officials from Hong Kong and China, including the Hong Kong Leader Carrie Lam, as the protests arose in the territory against the new security law in Hong Kong.

Furthermore, the U.S.’s macroeconomic data also remained supportive of the U.S. dollar when it came to better than expectations on Friday.

At 17:30 GMT, the highlighted Average Hourly Earnings rose to 0.2% in June from the negative expectations of -0.5% and supported the U.S. dollar. The Non-Farm Employment Change rose to 1763K from the forecasted 1530K and came in favor of the U.S. dollar. The greenback was also supported after the Unemployment rate for June also dropped to 10.2% from the expected 10.5%. In June, the better-than-expected U.S. jobs data gave a push to the U.S. dollar that added further strength to USD/JPY pair on Friday.

However, the gains remained limited as the data from Japan was also supportive of its local currency. At 04:30 GMT< the Average Cash Earnings for the year from Japan came in as -1.7% against the forecasted -3.0% and supported the Japanese Yen. The Household Spending for the year from Japan also came in as -1.2% against the expectations of -7.8% and supported the Japanese Yen. However, the Leading Indicators from Japan were released at 10:00 GMT, came in line with the expectations of 85.0%.

The positive data from Japan supported Japanese Yen on Friday that kept a check on USD/JPY pair gains. On the vaccine front, the risk sentiment was supported by the news that Russia was all set to register the world’s first COVID-19 vaccine next week. The Russian vaccine third phase trials were currently in progress, and Russia announced to disclose them on August 12. This vaccine was developed by the collaboration of the Russian Defence Ministry and the Gamaleya Research Institute.

The improvement in risk sentiment weighed on safe-haven Japanese Yen and contributed to the USD/JPY pair’s gains.

The USD/JPY continues to trade at 105.780 area with the bullish sentiment, especially after testing the 38.2% Fibonacci support level of 105.650. On the lower side, the USD/JPY may find support at 105.600 and 105.078 level, which is extended by the 38.2% and 61.8% Fibonacci retracement level. A bullish breakout of 106.467 resistance level can drive more buying until the next resistance area f 107.198. The current market price of USDJPY is staying over 50 EMA, which extends support and may push the pair higher. Let’s consider buying above 105.600 level today. Good luck!