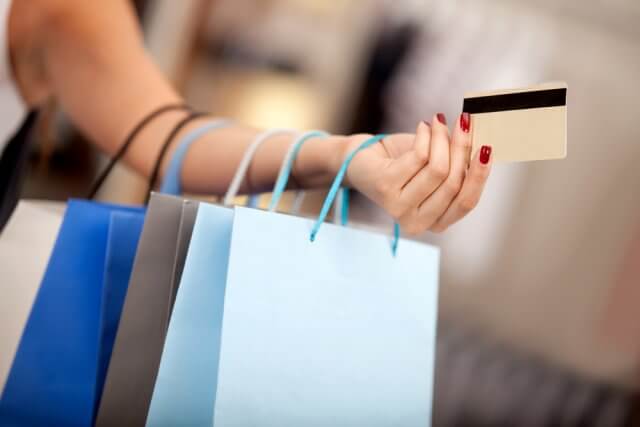 What is Consumer Credit?

Consumer Credit in these days comes in the form of Credit Cards mostly although there are other variants. The limit of Credit available on a given Credit Card depends on the net-salary of the individual. In general, the Credit limit is 8-12 times the monthly salary. Credit Cards are issued to people usually who can show a consistent flow of income in their bank statements, which generally translates to job-holders and business people as their default rate is lower than that of unemployed people.

Consumer Credit is made available through banks, retailers (like shopping malls, retail chains) and other small agencies to enable customers to be able to fulfill their immediate needs and pay-off at a later date with interest. The credit limit, interest rate, and the time after which the interest comes into effect vary from one lender to another. There are two different types of credits, and let’s discuss them in detail below.

It is popular among the general population as it is widely used to make goods and services which are more on the expensive side, like a car, TV, or furniture, etc.  For example, a 3500$ bike could be purchased with an EMI, where the individual may make the initial downpayment of 500$ and choose to pay the remainder 3000$ as 500$ monthly installments in the form of a 6-month tenure EMI plus a little extra service charge for issuing this Credit.

For example, a 50,000 dollar limit Credit Card can be simultaneously used to purchase a 20,000 dollars item and also again for anything else that is worth up to 30,000 dollars. The Credit line stays open as long as the individual pays the minimum amount to settle the interest on the Credit issued. It may even never be paid in full as long as we pay the minimum interest while the overall credit piles up.

This is unsecured Credit, and hence the interest rates on this type of Credit are high, which is risky as once you default, the interests can pile up very quickly, making it very difficult to recover. For example, a 10,000 dollar revolving credit, when you miss payments, let us say for six months, then the total settlement of the Credit can go up to 20,000 dollars also. This can also affect the credit rating of the individual debarring him from future Credit approvals from the agencies.

How can the Consumer Credit numbers be used for analysis?

As Consumer Credit refers to the short-term loans which are usually paid back with a little interest, generally, Consumers take Credit for personal enjoyment or servicing immediate needs. Hence, it tells us the Consumer’s confidence towards repayment of the incurred Credit.

People facing tight monetary situations during job loss generally cut back on Spending and stay away from such Credits. Hence, an increase in Consumer Credit can be seen as a sign of a healthy and growing economy.

Increased Credit numbers also tell us that banks and other retail agencies are willing to lend out money, as they are confident about the repayment and their prospects. High Credit also signifies that the liquidity of the economy is too high, meaning there is enough cash flowing in the system to give Credit lenders confidence to supply Credits to more and more individuals.

In the United States, the Board of Governors of the Federal Reserve System releases the Consumer Credit report around the fifth business day of every month on their official website under the section called G.19. The reports are released in Billions of Dollars in both Seasonally Adjusted and Not Seasonally Adjusted formats. The data report set goes back until 1945. The report details of the type of credits also, like Car loans, personal loans, with which institutions being the lenders of the Credit and the related maturity periods.

If you are interested in comparing the Consumer Credit numbers of different nations, you can do that here.

Impact of the ‘Consumer Credit’ news release on the price chart

In the previous section of the article, we understood and comprehended the Consumer Credit economic indicator, which essentially measures the change in the total value of outstanding consumer credit that requires installment payments. It is also strongly related to consumer spending and credit. Repeated revisions to the methodology result in volatile figures during a specific period of time. Consumer Credit does not majorly affect the value of a currency, and the volatility witnessed during the news release is on the lower side.

The image below shows the latest month-on-month Consumer Credit data of the U.S. that is published by the Federal Reserve. Traders usually have a short term view on the market based on the data, as it is not an enormous event, and it does not have a long-term impact on the currency. A higher than expected reading should be positive for the currency while a lower than expected is considered to be negative. Let us analyze the market reaction.

GBP/USD | Before The Announcement

First, we look into the GBP/USD currency pair, where we see that the market is pretty much range-bound, and just before the announcement, price is near the ‘support’ area. The volatility appears to be high both sides, and sudden movement can be expected on any side of the market after the news release. Since the economists have forecasted a lower Consumer Credit this time, as the price is at ‘support’ aggressive traders can enter for a ‘buy’ due to pessimistic expectations. Conservative traders will only be able to take a trade after we get a clear indication from the market.

GBP/USD | After The Announcement

After the Consumer Credit numbers are announced, the market quickly goes higher and shows up a strong bullish candle. The market rightly reacted to the bad Consumer Credit data as the data was much lower than expectations. This made traders and investors sell U.S. dollars, and thus volatility increased on the upside. Now that we have got a clear indication from the market, we can confidently enter for a ‘buy’ as the data was terrible for the U.S. economy. In this case, the market is expected to make new ‘highs,’ and thus, we can hold on our trades as long as we see signs of reversal.

NZD/USD | Before The Announcement

NZD/USD | After The Announcement

The next currency pair which we will discuss is the NZD/USD pair, and from the first image (before the announcement), we can clearly say that the characteristics of the chart are similar to the previously discussed pair. The reason is that here too, the U.S. dollar is on the right-hand side. One major difference is that, just before the news announcement, price is at the ‘resistance’ area. So, based on the forecasted Consumer Credit numbers, we cannot enter for a ‘buy’ as technically this is where traders sell a currency pair.

After the news release, the price tries to go down, but it gets immediately pushed up, and the candle closes in green. This happens as a consequence of poor Consumer Credit data. In this pair, volatility is seen on both sides after the announcement. However, from a trading point of view, since some selling pressure is seen, it is advised to wait for a breakout above the ‘resistance’ and then go ‘long’ in the market.

USD/SGD | Before The Announcement

USD/SGD | After The Announcement

The above images represent the USD/SGD currency pair, and since the U.S dollar is on the left-hand side, we see a down-trending nature of the market and recently is moving in a range. The volatility seems to have slowed a bit before the news announcement, and there are no signs of reversal. Right before the announcement, price is at the bottom of the range, also known as ‘support,’ and hence one cannot go ‘short’ in the pair based on the predicted Consumer Credit data.

We should always use technical analysis along with fundamental analysis to enter a trade. After the news announcement, price falls owing to bad data, but it fails to break the ‘support.’ This illustrates the importance of the amount of impact of an economic indicator on a currency pair. Until the impact is visible, we cannot decide as to which side of the market we should be trading.

That’s about Consumer Credit and the impact of its new release on the Forex market. Please let us know if you have any queries in the comments below. All the best.