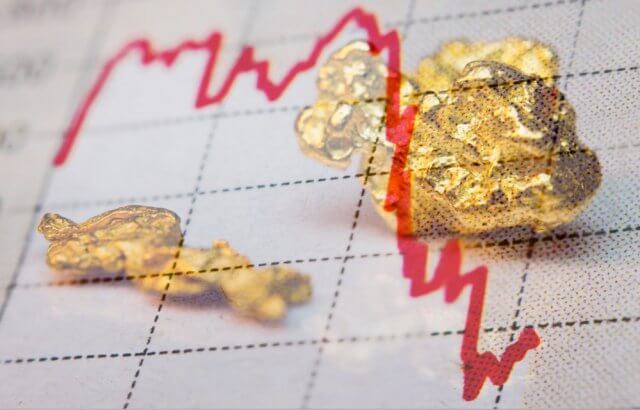 Thanks to international trade, some countries prosper disproportionately than others. The disproportionality in the balance of payments is mostly owed to the type of exports a country produces. Countries that are net exporters of precious commodities tend to have a better balance of payment than net importers. For this reason, the fluctuation of these commodities tends significantly affect their economy.

A commodity can be defined as any physical product that can be traded in any form of exchange. With commodities, there is little differentiation, if any, regardless of where they originate. For example, we can say that an ounce of gold from South Africa is the same as an ounce of gold from Australia.

Naturally, different parts of the world are endowed with different types of natural resources. Furthermore, since commodities are inherently used to produce other goods and services, their value entirely depends on their rarity and demand. Take Copper and Wheat, for example. Both are commodities. But you cannot compare the value of a kilo of copper and a kilo of wheat. Copper is a rare and limited precious commodity, while wheat is readily cultivated. Therefore, a country that is a net exporter of copper will have a better balance of payment than a country that is a net exporter of wheat.

The commodity prices usually tend to impact the economies which heavily rely on the export of commodities to fund public expenditures.

An increase in commodity prices means that the producing country will receive more income. In turn, this translates to increased wages for workers involved in the production or mining of the commodity. Since households are well compensated, their welfare will significantly increase. Note that for countries heavily dependent on commodity exports, these commodities’ mining or production usually employs a majority in the labor market. Therefore, an increase in wages will significantly impact the changes in the aggregate demand in the economy for consumer goods and services.

Conversely, a decline in the prices of commodities means that the labor involved will be compensated lesser. The resultant effect will be a contraction in demand for consumer goods and services since households will be forced to prioritize expenditure on essential products. Consequently, the consumer discretion industry will contract as producers scale down operations to match the decreased demand. As a result, some jobs in these sectors will be lost, contributing to increased unemployment. Therefore, we can see there is a direct link between the changes in commodity prices to the growth of the domestic economy and changes in the domestic employment levels.

Conversely, when commodity prices fall, it means that economic conditions in country A might deteriorate. Consequently, imports from country C will decrease, leading to either C’s economy to contract or a slowdown in its growth. This is usually the case with Australia and New Zealand, whose economies are close to each other.

Therefore, commodity prices do not just affect the economy of countries whose exports are majorly comprised of commodities.

The impact of the changes in the commodity price in the forex market is pretty straightforward.

In Australia, the Reserve Bank of Australia publishes the Index of Commodity Prices report monthly.

Trading Economics has a comprehensive list of commodity prices in both the spot and futures market.

The latest publication of the Index of Commodity Prices report by the RBA was on October 1, 2020, at 6.30 AM GMT and can be accessed at Invetsing.com. The release of the commodity prices is expected to have a low impact on the AUD.

Let’s see if this release had an impact on the AUD.

The GBP/AUD pair was trading in a neutral pattern before the publication of the Australian commodity index. The 20-period MA was flattened with candles forming just around it.

The pair formed a 5-minute bullish candle when the commodity prices were released. Subsequently, the 20-period MA steadily rose with candles forming above it, showing that the AUD weakened against the GBP.

In Australia, commodity exports account for about 50% of the export income. While this report plays a vital role in forecasting the Australian economy, it is a low-impact economic indicator in the forex market.