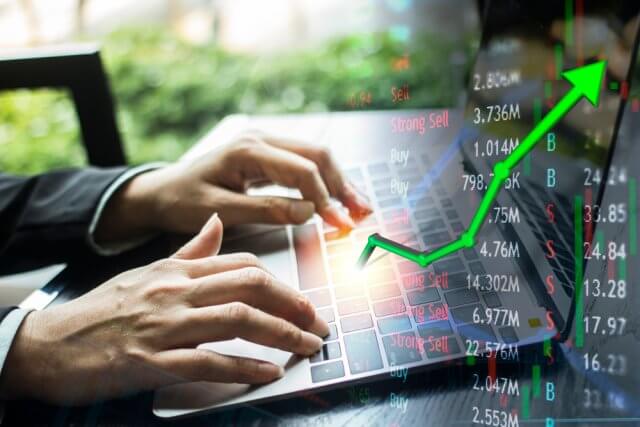 What is Corporate Profit?

Corporate profit is the money left after the company pays all its expenses and taxes. The money that is collected by the company after selling all products and services during the specified period is considered as line revenue. From this revenue, various deductions happen in the form of tax and salaries, to name a few. Money left over after all the expenses are paid considered to be the company’s profit. The profit earned by the company is an important parameter when it comes to the fundamental analysis of a company.

How is Corporate Profit measured?

The corporate profit economic indicator calculates the net income of a company that is measured by considering the following factors:

Profit on books – The profit earned from net income minus inventory and depreciation adjustment is known as book profits.

Corporate profits are one of the most studied data of a company. It also plays a major role in other financial measures of the country. Profit is not a measure of the amount of cash a company earned in a given period. We need to understand the income statement that includes non-cash expenses as well. It is also important to understand the changes in accounting methods that have influenced the profit margins.

These are some hidden charges that are directly deducted from the net profit. Therefore, it is often more appropriate to consider profit as a percentage of sales when comparing one company to another. Remember, a comparison between companies should be made among companies within the same industry, and the net profit should be seen in this context.

Corporate profit is nothing but a company’s income and the one that is directly reflected in the official statement. Hence, they are one of the most important things to consider when investing in the shares of a company. Increasing corporate profits means either increasing corporate spending, growth in retained earnings, or increasing dividend payments to shareholders. All of these are positive steps taken by a company indicating growth.

The corporate profits data is most useful for an investor rather than a trader. It involves buying the shares of a company and holding them for a minimum of 3 months. An investor may also use this number to do performance analysis. If an individual notices an increase in the profit of a particular company while the overall corporate profits are declining, it could signal company strength. Alternatively, if an investor notices that the company’s profits are declining while overall profits are increasing, i.e., of the sector, a structural problem may exist in the company.

Corporate profits are through statistical reports that are published by the Bureau of Economic Analysis (BEA). It is a comprehensive report comprising of the company’s net revenue, earnings before tax, earnings after tax, corporate profits, expenditure, etc. Finally, the report summarises the net income of corporations in the National Income and Product Accounts (NIPA). One thing we have to make a note of here is that the corporate profit numbers derived from the NIPA, which is dependent on the GDP growth, are different from the profit statements released by the companies. So, while analyzing the data, we need to be cautious by looking at both the numbers and rely on the ones where the difference is not huge.

There might not be a direct relationship between corporate profits and the value of a currency as the former is more company-specific and represents a very small portion of the economy. However, an overall corporate profit that is a collective data of all companies affects the stock market. If the data is good, it means the manufacturing is growing and that domestic companies are generating profits. This, in turn, has a positive impact on the currency and leads to an appreciation of the domestic currency. However, if the collective data is negative, it can lead to depreciation of the currency in the long term.

Sources of information on Corporate Profits

Corporate tax data is released by the Bureau of Economic Analysis (BEA) quarterly on the official website. Another reliable source of information on corporate profits is the press release by the respective companies. The press releases can be found on the website of the stock exchange. Links to Corporate Profits sources

Corporate profits are a closely watched economic indicator by institutional investors. Profitability provides a summary of the company’s financial health and serves as an essential indicator of economic performance. Profits are retained earnings, providing much of the capital for investing in productive capacity. The estimates of profits and related measures are used to evaluate the effects on corporations of changes in economic policy and the financial condition of the country.

Impact of the ‘Corporate Profits’ news release on the Forex market

Corporate profit, also called net income, is the amount remaining within the company after all costs such as interests, taxes, and other expenses are deducted from total sales. It is also referred to as net profit or net earnings. A high cumulative corporate profit generally indicates that a company is running efficiently, providing value to its shareholders, and contributing towards the growth of the manufacturing sector.

It is significant because it shows how well the company has managed its costs. The corporate profit data is not that important for traders as it does not have a direct impact on the value of a currency. Hence, we should not expect high volatility in the currency after the news announcement.

In the following section of the article, we will be analyzing the impact of Corporate Profit on various currency pairs and analyze the change in volatility due to the news release. The below image shows the latest quarter’s corporate profit in Canada that was released in June. We see a major drop in profits compared to the previous quarter, which means companies were unable to make huge profits in this quarter. Let us find out the reaction of the market to this data.

We will first examine the USD/CAD currency pair to observe the impact of corporate profit on the Canadian dollar. The above image shows the state of the chart before the news announcement. We see that the pair is in a strong uptrend, and recently the price seems to be retracing. Our approach should be to ‘buy’ the currency pair as the major trend is up, but the price needs to retrace to an important technical level before we can buy. Let us see that if ‘news’ gives us that opportunity.

After the news announcement, the price goes lower, and volatility increases to the downside. Even though the Corporate Profit data was awful for the economy, traders went ‘long’ in the Canadian dollar by selling U.S. dollars. The bearish news candle shows that the news candle did not have any adverse effect on the currency. Few hours after the news announcement, volatility continues to increase on the downside, and we witness large selling pressure in the market.

The above images represent the GBP/CAD currency pair, where we see that before the news, the market is moving in a ‘range,’ and recently, the price has moved higher after reacting from the support. Since the impact of corporate profits is least on the currency, traders shouldn’t be scared of the news release and can take a position in the market according to their strategy.

The above images are that of CAD/CHF currency pair, where we see that the market in a strong downtrend with some minor price retracement at the moment. We should be looking to go ‘short’ in the currency pair after the occurrence of the price continuation pattern in the market. However, if the price continues to move higher, the sell trade is off the table. Conservative traders can wait for the news release and then take a position based on the impact of the news.

After the news announcement, the price moves higher, and volatility expands on the upside. The small up move gets completely retraced by the immediate next candle, and the market continues to move lower. Hence, it is evident that the news has a negligible impact on the currency pair, where the overall trend of the market dominates the move after the announcement.

We hope you understood this Fundamental Indicator and its relative impact on the Forex price charts. All the best!