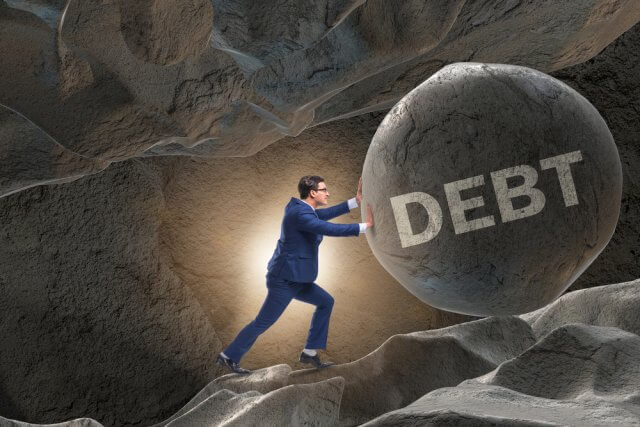 External Debt, unlike regular Government Debt, is typically more objective oriented and is indicative of future development plans for which the loan was taken. In this sense, understanding the source and size of External Debt can help us deduce the upcoming economic developmental changes occurring in the borrowing nation and corresponding benefits that could be derived by the lending party, be it a foreign Government or Banks.

What is External Debt?

It is the part of a country’s Debt that was borrowed from a source outside the country. External Debts are usually taken from Foreign Governments, Banks, or International Financial Institutions. The External Debt must be paid back in the currency in which the loan was initially taken and usually corresponds to the currency of the Foreign Government’s local currency. It puts a de facto obligation on the borrower to either hold those currency reserves or generate revenue through exports to that specific country.

External Debt is sometimes also referred to as Foreign Debt and can be procured by institutions also apart from the Government. Typically External Debt is taken in the form of a tied loan, which means the loan taken must be utilized or spent back into the nation financing the Debt.

For example, if country A takes an External Debt from country B for developing a corn syrup factory, then it may purchase the raw materials required for construction and raw input like corn from the lender itself. It ensures that the lender benefits to a greater extent apart from the interest revenue on the lent money. Hence, in general, the External Debt, specifically tied loans, are transacted for specific purposes that are defined and agreed upon by both lending and borrowing countries.

How can the External Debt numbers be used for analysis?

External Debt takes precedence over Internal or Domestic Debts as agencies like the International Monetary Fund monitor the External Debts, and also, the World Bank publishes a quarterly report on External Debt.

Any default on External Debt can have ripple effects on the credibility of the nation. Internal Debts may be managed, but once Debt is External, it is public information, and defaulting affects the credit rating, and the country is said to be in a Sovereign Default.

When a country is either unable or refuses to pay the Debt back, then lenders will withhold future releases of assets that are essential for the borrowing country. When a country defaults on Debt, the liquidity of the Government and the nation is questioned. It leads to investors and speculators quickly lose confidence in the Government’s ability to manage the economy effectively and withdraw their investments, bringing the nation to a standstill. In the currency market, such situations lead to currency depreciations very quickly.

Once Debt levels cross a certain threshold (generally, it is 77-80% of the GDP) where default risk increases, it becomes a vicious cycle. The knock-on effects of Debt servicing to decreased spending to slowing the economy all result in a recession or a societal collapse in extreme cases.

Government Debt is usually taken to finance public spending and build future projects that can help boost the economy. External Debt, when taken, is inflationary for the economy internally and leads to currency depreciation as it floods the market with the domestic currency through its spending. Hence, optimal utilization of the Debt so that it pays off, in the long run, is essential. When a country takes on Foreign Debt and spends its currency depreciates in the short-run for the duration of spending and vice-versa.

Hence, External Debt is a low impact lagging indicator as it does not account for the complete economic picture. The reasons for taking on External Debt by organizations or Governments, in general, would have been announced months ahead through which economists and investors can make decisions accordingly. Also, the changes that the Government intends to bring through the Debt can be traced through other macroeconomic indicators better than External Debt as an indicator in isolation.

The World Bank maintains the aggregate External Debt data for various countries on their official website and publishes quarterly reports.

Below are some of the most credible sources for ‘External Debt.’

Impact of the ‘External Debt’ news release on the price charts

In the previous section of the article, we understood the External Debt fundamental indicator, which essentially represents the amount a country (both public and private sector) owe to other countries. They involve outstanding loans to foreign private banks, international organizations like the IMF, and interest payments to other institutions. Growing levels of Debt reduce GDP because the monetary payments flow out of the country. It will discourage foreign and private investment because of the concerns that the Debt is becoming unsustainable. Therefore, a country’s External Debt should be at a very nominal level.

In today’s lesson, we will illustrate the impact of External Debt on various currency pairs and examine the change in volatility due to the news announcement. For that, we have collected the data of Sweden, where the below image shows External Debt of the country during the 4th quarter. The data shows a marginal increase in Debt compared to the previous quarter, which means it may not severely affect the currency. Let us find out the reaction of the market to this data.

Firstly, we will look at the USD/SEK currency pair and analyze the impact of External Debt on the price. In the above image, we see that the price was in a downtrend, and recently the market has reversed to the upside, which could be a possible reversal. If the price breaks previous resistance, we can confidently say that the market has reversed to the upside. Looking at the impact of the news release, we will position ourselves accordingly.

After the news announcement, the price slightly goes higher and closes exactly at the resistance area. The price after the close of ‘news candle’ is at a very crucial level. Later, we see that the volatility continues to expand on the upside, signaling a change of the trend. As the External Debt data was slightly on the weaker side, traders bought the currency pair by selling Swedish Koruna. However, the price continues to move higher after the news release resulting in further weakening of the currency.

The above images represent the EUR/CZK currency pair, where we see that market was in a downtrend, and now it has pulled back from the ‘low.’ This is an ideal place for taking a ‘short’ trade, but since the volatility is exceedingly less, we should be careful before entering the market. Low volatile pairs are not desirable for trading purposes as they carry additional costs such as high Slippage, above normal Spreads, and difficulty in order execution.

For these reasons, pairs like EUR/CZK should be avoided. After the news announcement, there is hardly any impact on the currency where the price remains at the same level during and after the announcement. Thus, we don’t witness any volatility in the market, and the External Debt data did not bring any change in the price of the currency.

The above images are that of the AUD/CZK currency pair, where we see that the market is in a downtrend before the announcement, and recently the price has moved above the moving average, which could be a sign of reversal. Without having many assumptions, it is wise to wait for the news release, and depending on the impact of External debt news, we will take a suitable position.

After the news announcement, the price moves higher, reacting negatively to the External Debt data, which was slightly lower than last time. The volatility increases to the upside as traders go ‘short’ in Swedish Koruna. The price exactly bounces off from the moving average, indicating a possible reversal of the trend.

That’s about ‘External Debt’ and its impact on the Forex market after its news release. If you have any questions, please let us know in the comments below. Good luck!