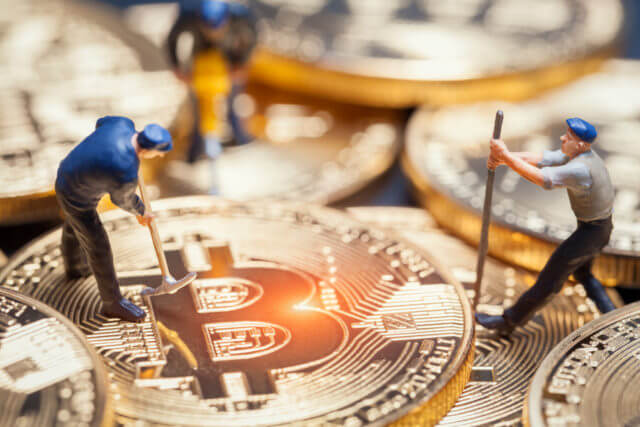 In the previous articles, we have learned the definition, properties, and purpose of cryptocurrency. But it is vital for us to know how cryptocurrencies work. In this article, let us find out that by taking the example of Bitcoin.

Below are some of the important terminologies you should know before going further.

Peer to Peer Network (P2P) – The networks where computational devices are joined together with the internet instead of using a central server are called peer to peer networks. Hence there is less chance of a network failure than the standard server model to form a network.

Miners – Miners are the participants in the network who validate transactions. Thus, the creation of new Bitcoins is often referred to as the mining of bitcoins.

Nodes – The individual computational devices in the network are called nodes. The nodes are joined to form a P2P network.

How does the Bitcoin network work?

The blockchain network is set up in a peer to peer way, enabling decentralization of the network effectively, removing the server model. Bitcoin network bundles a certain number of transactions into a block, and these blocks are linked using cryptographic hashing techniques. The miner should validate these blocks for the authenticity of the transactions. To confirm them, the system proposes a challenge to the miners, and the first miner to solve the problem, propagates the message throughout the network. The solution to the challenge is called ‘nonce.’ The complexity of finding this nonce increase as the number of blocks keeps increasing in the system. The other miners validate and approve the transactions if the transactions are not fraudulent.

POW as a consensus algorithm

Bitcoin uses Proof of Work (POW) as a consensus algorithm. POW proposes a challenge to the network, which is to be solved to validate the transactions. But why is it necessary? Because POW discourages denial of service. Below are the steps involved in POW in general.

The exact same concept is used in the Bitcoin network, as well. The miner must expend a considerable amount of computational energy and electricity to solve the challenge. Because by doing this, he/she will not validate fraudulent transactions to be accurate. If they do validate fake transactions, they will lose all the time and computational power they spent and also the chance of gaining a reward. POW is the most efficient consensus algorithm so far, and it makes the Bitcoin network efficient.

We hope you understood the working of Bitcoin. Cryptocurrencies other than Bitcoin with different blockchains and consensus work in a different way. You will know about each of them in the upcoming articles. Let us know if you have any questions in the comments below. Cheers!