What are the main attributes of a cryptocurrency?

With the Financial Crisis in 2008 knocking at the doors of world finance, an anonymous individual known by the name “Satoshi Nakamoto” invented the first cryptocurrency, Bitcoin. With the cryptocurrency came a publication of a white paper titled “Bitcoin: A Peer-to-Peer Electronic Cash System.” Only a few people got interested in this life-changing event initially, but as time passed, more and more people realized how important this invention is. Many people could not even imagine a global decentralized monetary system. 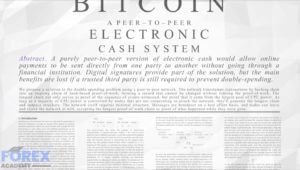 A true cryptocurrency does not know about borders and does not discriminate. A transaction is a transaction, no matter who it comes from. It is irreversible and cannot be stopped or changed once the sending is over. It should be neutral, and it should be completely open. Its code should be free to be seen and used by anyone. One beautiful thing about cryptocurrencies is that they are constantly improved by its users, rather than the government or corporations.
Many companies tried to start their blockchain projects and created their cryptocurrencies. However, their systems are closed and governed by the makers rather than the users. These projects should be differentiated and separated from the true cryptocurrency projects which stand on a different side of the field, representing decentralization.
Cryptocurrencies that do not possess these characteristics are either centralized, non-immutable, influenced by a third-party, or a closed system. Therefore, they are not what a true cryptocurrency represents, but just use the hype created around the crypto and blockchain sector to gain fame and quick money.
Characteristics of a cryptocurrency
Besides the five major characteristics that a cryptocurrency must possess, it has to have these characteristics as well to be considered money. 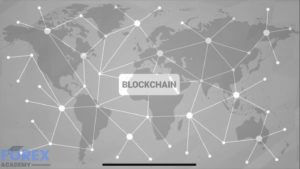 The value of a cryptocurrency is directly related to its demand. Put simply, the greater the demand, the higher the value. Demand can be based on many traits that a cryptocurrency offers, but it has to also come naturally from real buyer’s interest.

A cryptocurrency has to be fast and cheap to use, or it will not be accepted by the market. Many cryptocurrencies have built their entire project around them being fast, cheap, and safe. Another thing is also how fast a cryptocurrency can be exchanged for non-cryptocurrency money.

Cryptocurrencies are mainly acquired by mining, purchases, and through faucets and other reward systems. The easier it is to acquire a cryptocurrency and a lot of it, the less valuable it will be. However, price increases should not be considered a primary objective when investing in crypto, rather their usability and the market gap they are filling.

As cryptocurrencies are open systems that build their value purely around the support of their users, the community behind it can greatly impact its growth. Having a powerful and big community behind the project gives it credibility.

Cryptocurrencies are secured by the cryptography codes. Every owner should have their private key. Another thing to consider when looking for how safe a cryptocurrency is is its mining system. The more people mine it, the harder it is to perform network attacks. That’s why Bitcoin is still the safest cryptocurrency around.