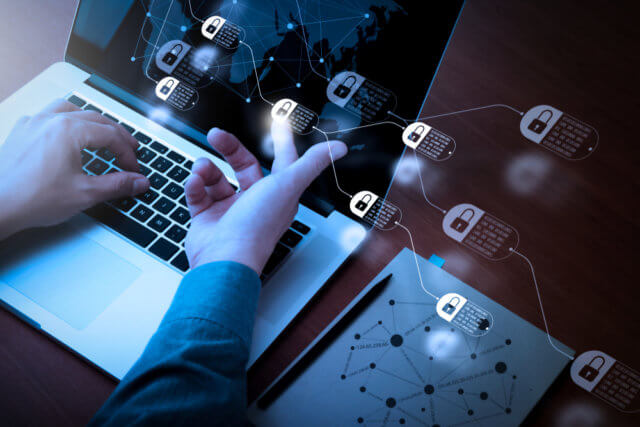 We can obtain the definition of Blockchain by dissecting it into its two words: block and chain. Hence, Blockchain is a chain of blocks having some information in it. Using a blockchain is a way of time-stamping digital documents so that it’s not possible to backdate or tamper them. This secure technology can be used for the transfer of various items such as digital currency, property, contracts, etc. And the primary feature of any blockchain is its decentralized nature. There is no central authority or banks to control the transactions.

The architecture and functioning of blockchain go hand in hand. As already mentioned, blockchain is a chain of blocks containing some valuable information. The type of blockchain depends on the data that is present inside a block. For example, a block in a Bitcoin blockchain contains information on who is sending how many bitcoins to whom. Another essential piece in the blockchain is the hash.

In technical terms, blockchain is designed using the principles of a linked list. Blocks containing a hash of the previous blocks is what makes blockchain so secure.

Hashes are an excellent way to avoid tampering of data. But, computers today are fast enough to calculate hundreds of thousands of hashes per second. This makes it pretty convenient for a hacker to tamper a block, and recalculate all the hashes of other blocks and the blockchain valid.

To avoid the occurrence of this situation, Bitcoin blockchains use the concept of Proof-of-Work. This concept is a computational problem that takes efforts to solve. In the case of Bitcoin, it typically takes 10 minutes to calculate the required proof-of-work and add a block to the blockchain. So, this makes it extremely time consuming and challenging for hackers to tamper a block.

Blockchain is known for its distributed peer to peer network. Anyone is allowed to enter the network. When someone enters the network, he will get a full copy of the network.

When a new block is created, it is broadcasted to all the nodes in the network. Each node verifies this block and makes sure it hasn’t tampered. After verification, each node adds this block to its blockchain. Later, all the nodes create a consensus. They agree about the legitimacy of the blocks and accept or reject it. If the block is verified successfully by consensus, it is added to the main blockchain. This is when the block gets its first confirmation. And when around four confirmations are received, the transaction is said to be completed successfully.

This is how the blockchain technology works. Let us know if you have any questions below. Cheers.