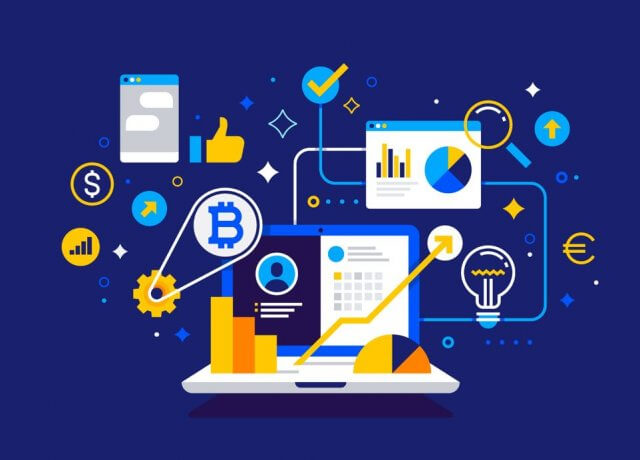 The P2P networks are not new with the invention of blockchain and cryptocurrencies in our lives. Torrents sites have been using decentralized P2P networks for decades to share files. The general principle is that whenever you download a file from torrents, you are supposed to seed a file which can be useful for anyone else to download. In general, that is how we are creating content in the torrents for others to download.

This is not hard and fast rule but depends on the honor code. Human Beings are, in general, not honorary; hence most of the people don’t even know that a file should be seeded in return for a download, and hence the system has been a big failure. Hence incentives have been introduced in the cryptocurrency platforms, including cryptographic has functions for security purposes.

Let us see how Cryptoeconomics work using the example of Bitcoin. In 2008 bitcoin white paper was released, showing a first-ever way to use Cryptoeconomics with a practical and live example by minting a bitcoin by January 2009. Not only does the incentive concept evolved, but Bitcoin successfully overcomes the concept of the Byzantine Generals problem to create a perfect consensus mechanism called Proof of Work. Let us see in detail how cryptography and economics play a role in the bitcoin platform.

Properties of Bitcoin that have come due to cryptographic hash functions

₿ Bitcoin works on blockchain technology, which is a continuous chain of blocks linked together with cryptographic hash functions.

₿ The platform is immutable, i.e., already added, and sealed blocks are not subject to any change, but new blocks can be added.

₿ Only valid transactions are allowed and added to a block using a consensus mechanism; in the case of bitcoin, it is PoW.

₿ The blockchain is accessible by anyone in the world, as this is a permissionless system.

₿ If a high transaction fee is paid, the transaction can be verified and committed to the blockchain quickly. We had seen many examples in 2017 when the bitcoin price zoomed to be highest ever.

₿ It should be easy to retrieve information on any transaction confirmed in the blockchain. This is possible using the concept of the Merkle tree.

As we discussed before, the fundamental difference between blockchain P2P networks and other P2P networks is the incentive model. For getting any work done, the work should be rewarded using appropriate incentives as motivation. At the same time, the tone should be punished if the work is not adequately done or done in a malicious way to create a loss in the network.

How are the participants rewarded in the network?

Now a question might be raised like how does cryptocurrency have a value? The answer is simple: how a fiat currency or gold has value, supply, and demand. A whole lot of other factors like the network integrity, number of coins in circulation, is the network affected by a hack recently, history and purpose of the coin in the first place, and a lot of stuff. To determine all these parameters and how the miners maintain their integrity without being malicious is based on the concept of Game Theory and Nash Equilibrium, which we will be delving into in our further articles.