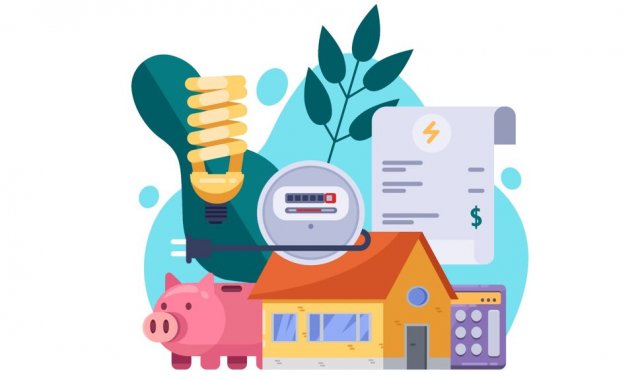 The Utility sector is the safe-haven sector for investors during economic slowdowns. The volatility of the Utility Sector is very low compared to any other market, be it currency, stocks, or any other financial market. Understanding the nuances involved with the GDP from the Utility Sector can help us identify money flow patterns during slowdowns and growth periods.

What is GDP from Utilities?

As per the Bureau of Economic Analysis Department of Commerce: The Utility Sector comprises of industries that provide the following utilities: electricity, natural gas, water, and steam supply, sewage removal. Hence, the Utilities Sector deals with the most necessary commodities for the functioning of modern-day society. It deals with the most indispensable resources.

Functioning of societies without electric power is impossible.

One research even shows if electricity was not available for two weeks, 50% of survey members stated they could not survive. Water, Sewage systems, natural gas are all pillars for conducting our social life. Hence, these basic amenities produce profits; they are part of public service and hence are heavily regulated.

Within the sector itself, specific activities associated with utilities also vary. Electric power includes generation, transmission, and distribution. So some companies may only focus themselves on the sub-categories within the Utility sector.

How can the GDP from Utility numbers be used for analysis?

Utilities generally give its investors stable and consistent dividends. It is relatively less volatile compared to other equity markets. During times of recession, the non-essential goods and services sectors take the worst hit while Utility Sector the least. As utilities are a necessity, their performance is consistent in the long run.

Typically investors buy utilities as long-term holdings for their dividend income and portfolio stability. During recessions, where the Central Authorities cut interest rates to stimulate the economy, investors flock to Utility stocks as a more secure alternative. When economic growth is restored, investors may find better alternatives than utility sectors.

Since this sector is heavily regulated, raising rates to increase revenue for the companies. The infrastructure required to run utility services are expensive and require high capital to maintain and upgrade over time. Hence, Utility providing companies have debts in their balance sheets, taken for maintenance and continuity. Hence, these industries are susceptible to interest rate fluctuations, as interests on their debts vary accordingly.

Consumers also have an impact on the Utility sector. Since many states let consumers choose their utility provider, the competition forces companies to keep competitive prices, that overall decreases their profits. Long-term power purchase agreements or water supply contracts can also incur dent on profits for companies when utility generation costs increase over time.

It is also crucial to know the growth of the Utility Sector is also a function of population and industrialization. Developing economies observe a rise in new factories, and industries would require higher utility services. The contrast in the sector’s economic size would be apparent while contrasting underdeveloped and developed economies.

Capitalization of utility services can lead to monopoly or resource control to private industries to their advantage for profits. Overall, we also must consider that utility services are to be accessible to all classes of people. Hence, regulation by the government is essential to keep it affordable for the lower sections of society.

The regulation also ensures that sustainable development is kept as a priority over profits. As the generation of electricity from fossil fuels like coal, and water supply from underground water, both of which are exhaustible. Therefore, revenue-wise, Utility Sector is not a significant contributor. In the United States, it contributed about 1.6% of value to GDP for the year 2018 and 2019.

The GDP from Utilities is a low impact indicator compared to the Broader measures like GDP Growth Rates and Real GDP. GDP from Utilities does not paint the full picture of the economy but tells us the direct contribution of the Utility Sector to the overall GDP. It is useful for long-term investors as a safe-haven during economic slowdowns.

Still, for the International Currency Markets, it does not serve as a useful indicator. It is a proportional and lagging indicator. Higher GDP from Utilities will impact the economy and its currency positively. Contrarily, low GDP from utilities will have a negative impact.

Sources of GDP from Utilities

GDP from Utilities Announcement – Impact due to news release

The Utility sector is an important part of any country as it consists of essential products that are consumed by people daily. Water, gas, electricity are some of the products of the Utility sector. Naturally, they play a vital role in economic and social development. Governments are responsible for ensuring access to service under an accountable regulatory framework.

Utilities are one of the key stakeholders in the economic development team. This industry is also important because all business requires these essential services to operate. Therefore, its contribution to the GDP is increasing year by year. When it comes to fundamental analysis of the currency, investors consider the nominal GDP as an indicator of the economy’s growth.

In today’s example, we will examine the impact of GDP on the value of a currency and see the change in volatility because of its news release. The below image shows the first-quarter GDP data of Hong Kong, where we see a big drop in the value from the previous quarter. Let us find out the reaction of the market to this data.

Let us first examine the USD/HKD currency pair to analyze the impact of GDP on the Hong Kong dollar. In the above price chart, it is clear that the market is moving within a ‘range’ where the overall trend is up. Before the news announcement, the price is at the bottom of the ‘range,’ which means there is a high chance of buyers getting active from this point. Aggressive traders can ‘long’ positions as the market is expecting weak GDP data for the first quarter.

After the news announcement, the price rises by a few pips, and the market moves higher by little. As the GDP data was very bad, the rose higher, which resulted in the weakening of the currency. But this did not bring the kind of weakness and bearishness expected, as the GDP had dropped by more than 5%. This means the new release had the least impact on the currency pair.

The above images represent the EUR/HKD currency pair, where we see that before the news announcement, the price has broken out of the small ‘range’ that was formed few hours before the news release. Until the breakout is confirmed, one should not consider buying the currency pair as the news announcement could lower the price and make this a false breakout.

After the news announcement, the market moves lower and volatility increases to the downside, resulting in the Hong Kong dollar’s strengthening. We witness an opposite reaction from the market in this currency pair, where the currency gains strength after the news release. This means the market has already priced in weak GDP data and reacted positively to the GDP data. We recommend using technical indicators to confirm the breakout and then take ‘long’ positions.

The above images are that of AUD/HKD dollar, where we see that before the market is moving within a ‘range’ before the news announcement where the price is currently in the middle of the ‘range.’ Another thing we notice is that the overall trend of the market is up, which means we need to be cautious before taking a ‘sell’ trade in the currency pair.

After the news announcement, we see that the price marginally moves higher and closes with a slight amount of bullishness. This means the GDP did not impact the currency pair adversely and minimal effect on the pair. One could take a ‘short’ trade after price moves below the moving average.