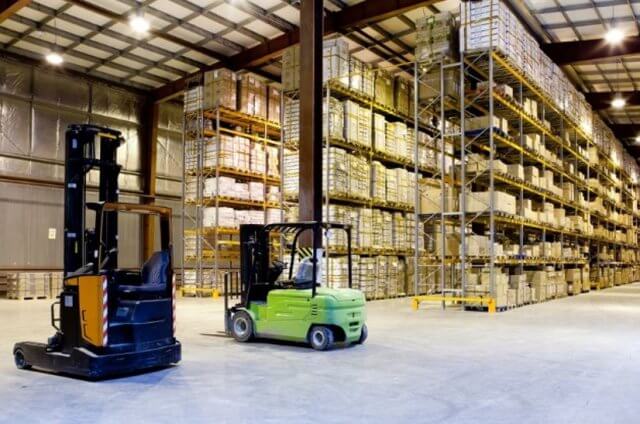 Changes in Inventories are one of the primary business leading economic indicators that can give us insight into economic prospects for the coming months. Understanding of Inventory Changes and Sales can help us forecast economic growth, which is our primary objective through Fundamental Analysis.

What are Changes in Inventories?

Inventory: It is the stock of goods that retailers, wholesalers, and manufacturers hold with them. Inventory is measured in their appropriate dollar values. Businesses often keep stock of their finished goods when they predict an increase in sales in the coming months so that they are ready to meet the increased demand and can lock in profits.

The Monthly Retail Trade Survey, the Manufacturer’s Shipments, Inventories, and Orders Survey, and the Monthly Wholesale Trade Survey are the primary sources from which Business Inventory is compiled.

How can the Changes in Inventories numbers be used for analysis?

Business owners and retailers have a certain kind of acquaintance with market trends, and due to their years of experience running their business, they know the subtle trends of increase in sales, demand, etc. Hence, Businesses stocking up on inventories is not a joke, as it costs them real money for producing as well as holding the stocks. If they did not forecast an increase, they would not have increased inventories in the first place.

Seasonally Adjusted Inventory Changes can thus act as a leading indicator for the increase in consumer consumption, which is good for business, and the economy. On the other hand, increased inventory figures could also indicate that the sales have fallen, and thus creating an inventory stockpile, which indicates decreased consumer spending, which signals terrible times for the economy are ahead.

Hence, it is often essential to combine Inventory figures with Retail Sales figures to correctly gauge the economic trend. Retail Sales figures indicate actual consumption of goods by consumers and hence is the more accurate figure when compared to Changes in Inventories.

Hence, the more commonly watched statistic out of the business inventories figures is the Inventory-to Sales Ratio. It is the ratio of Inventory value to Retail Sales figures. It gives us an indication, by how many times the inventories outpace the Retail Sales. The lesser the number, the better.

For example, an Inventory-to-Sales Ratio of 2.5 indicates that there is enough inventory stock to supply 2.5 months of Retail Sales. When the ratio increases, it is an indication that the inventories are increasing in contrast to the sales, which indicates the economy is slowing down. The upcoming Production activity would be reduced until the current Inventory stock starts to deplete off. On the other hand, when the ratio is falling, it is indicative of manufacturers to increase production activity to the oncoming increase in demand.

Inventories are primarily concerned with the Manufacturing Sector, which accounts for 20% of GDP in the United States. It drives a significant portion nonetheless.  An increase in manufacturing activity as a consequence of decreasing ratio figures can add to employment, or even wage growth, which is good for the economy. Increased employment further stimulates Consumer Spending as more people have the cash to spend, which cyclically boosts the economy.

Changes in Inventory figures can be leading indicators. If correctly put, way too leading. It means that the changes in inventories are figures at the start of the manufacturing process-consumer purchase lifecycle. The indicator has two-way conclusions to be drawn, as discussed above. Hence, the traders who are not well versed with the industry should use this indicator with caution, as an increase in Inventory can mean slowdown or expected growth both.

Only investors or traders who have a historical perspective of the figures can use this indicator effectively to predict growth months ahead of the market. In general, the market follows Retail Sales and Ratio as reliable metrics, and hence there are significant moves in the market around these figures. Hence, although a leading indicator of economic growth, it is advised to combine it with Retail Sales figures to affirm your assessment of economic activity.

Sources of Changes in Inventories

The St. Louis FRED website makes the search and analysis of Inventories data from BEA a lot easier. The links are given below

Inventory data for various countries are available in statistical and list format here.

The Change in Inventory measures the value of change in producer-owned inventories between the beginning and the end of the calendar year. For businesses, the build-up of inventories can be a threat. The problem is that these inventories will probably be cut in the future, depressing demand for goods and leading to production cutbacks. In hard times, managers work hard to cut back on inventories. All companies need to be prepared for business cycles, which is driven by inventory swings. Companies must try to reduce their inventories by reevaluating their practices.

In today’s lesson, we will analyze the change in inventory levels of many agricultural commodities, particularly grains, that are produced in a given year and stored or held until they are marketed. The annual value of inventory change represents the gross value of agricultural production. The below image shows the net Change in Inventory from 2017 to 2018 in the agricultural sector of Canada. This value has been estimated for durum wheat, oats, rye, corn, soybean, potatoes, tobacco, and many other commodities. Let us find out how the market responds to this data.

Let us start with the USD/CAD currency pair in order to observe the impact of the Change Inventory on the Canadian dollar. In the above image, we see that the market is in moving within a ‘range,’ and currently, the price is at the top of the ‘range.’ Since the impact of this news event is less on a currency, aggressive traders can take ‘short’ positions with a large stop loss.

After the news announcement, the market moves lower, and the price reaches to the moving average. The bearish ‘news candle’ indicates that the Change in Inventory data was positive for the Canadian economy, which resulted in the strengthening of the currency. The close of ‘news candle’ is a confirmation sign of a down move. Thus, one could take a risk-free ‘short’ position soon after the news release.

The above images represent the CAD/JPY currency pair, where we see that before the news announcement, the market seems to be moving in a ‘channel’ with the price presently is at the bottom of the ‘channel.’ Since the Canadian dollar is on the left-hand side of the currency pair, an upward channel signifies strength in the currency. Therefore, traders who trade channel can buy the currency pair with a stop loss below an appropriate technical level.

After the news announcement, the price moves higher, and volatility expands on the upside. The ‘news candle’ closes with a fair amount of bullishness as a result of better than expected Change in Inventory data. At this point, once could confidently take a ‘long’ position with a target up to the higher end of the ‘channel.’

The above images are that of GBP/CAD currency pair, where we can see in the first image that the market is in a strong uptrend, which signifies the great amount of weakness in the Canadian dollar. Technically, we should be looking to buy the currency pair after a price retracement to a ‘support’ or ‘demand’ area. Until then, we will be monitoring the impact of the news release.

After the news announcement, volatility slightly increases to the downside, and we witness a fall in the price. However, the Change in Inventory does not have a major on the currency pair where the Canadian dollar strengthens only momentarily. One needs to still wait for a pullback in order to join the uptrend.

That’s about the ‘Change in Inventory’ and the relative impact of its news announcement on the Forex price charts. Let us know if you have doubts regarding the article in the comments below. Cheers!