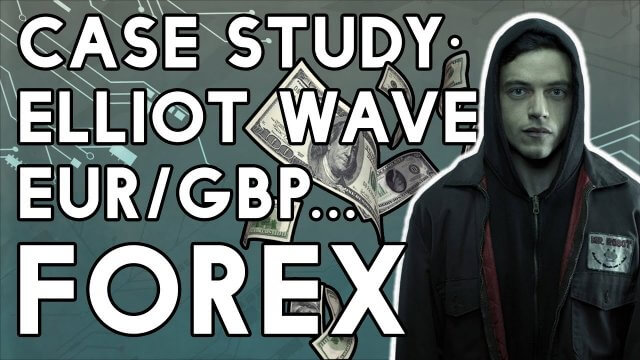 This video is an example of a wave counting case when the movement starts from a different level to the lowest point of the movement recorded in the price chart.

The following chart corresponds to the cross Euro Pound in its hourly timeframe.

Different techniques of technical analysis teach that the price should be analyzed from the lowest point to the highest level, or vice versa. However, in Elliott’s wave theory, an impulsive, or corrective movement, does not always start or end at the lowest level shown on the price chart.

In this example, we see that the price comes from a bearish movement, which ends with an aggressive fall. However, this did not end at level 0.82758, but ended at level 0.82767, from where we observed that the euro pound cross initiated an impulsive sequence in five waves, which developed an extended third wave, also shows the advance on a fourth wave which is longer in time than the second wave and this impulsive sequence ended on January 14, 2020.

Now we will see the internal structure of the extended third wave. Here we see the first wave, the second, third, fourth, fifth. The degree of the sequence would correspond to Subminuette in green.

Remember that both colors and grades are used for convenience for analysis purposes. Elliott, when he developed his wave theory, he never pointed out an obligation of a time range with a specific degree. The important thing in wave counting is the existing order in the analysis process.

We have already seen the third extended wave, now we see the principle of alternation between the corrective waves, from the graph we see that wave 2 is a simple correction and the fourth is a complex correction.

In the fourth wave, we see that its structure corresponds to a triangular formation, and we see its internal segments a, b, c, d, and e, and here we can observe the initiation of impulsive movement in 5 waves belonging to the fifth wave.

This corrective sequence should correspond to a corrective process of a similar degree to this training that began on December 13, 2019. However, for the purposes of this analysis, we will only analyze the impulsive structure.

Another detail that we must take into account in the impulsive structure is related to the extended third wave, which has a particularity that we can observe in this case. When the share price goes back beyond 38.2% of Fibonacci, the price warns us that the momentum bullish is running out, and it is very likely that the price will not exceed the previous maximum. In this case, we see that the price exceeded the maximum of wave 3 for only 4 pips reaching the level 0.85959.