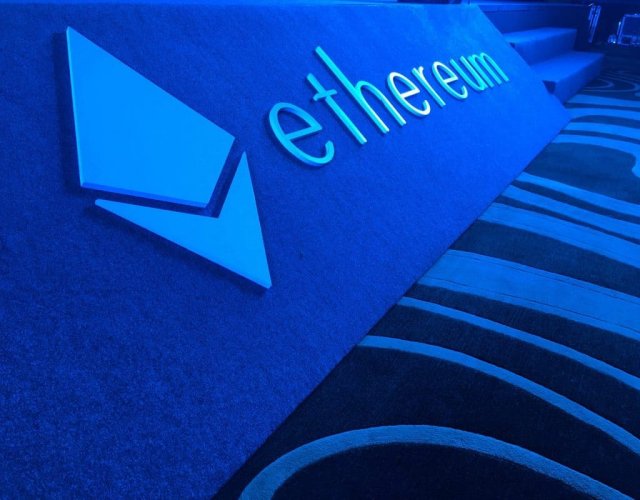 Any newcomer in the crypto sphere will soon notice the fuss around Ethereum – being one of the most talked and written about cryptocurrencies and the second most popular after Bitcoin. After breaking out in 2015, Ethereum has inspired not just crypto but the entire tech space for its novel offerings, which showed everyone that blockchain could be used for more than just digital money.

How is Ethereum Different from Bitcoin?

Bitcoin was the first blockchain. It originated the idea of a public, open-source, decentralized, and immutable ledger system to verify, secure, and replicate transaction data across thousands of computers around the globe.

Ethereum takes the concept of Bitcoin and expands it. While Bitcoin was created solely as a peer-to-peer electronic cash system through which users can transfer value, Ethereum allows developers from anywhere to run code atop the network and create amazing applications. Applications can be of any nature really: be it voting, games, health records, finance, prediction markets, and more.

How Does Ethereum Work?

Ethereum is a decentralized platform, meaning no one owns it, and no one can delete records or censor it. It is decentralized courtesy of being distributed. The distributed status of Ethereum means anyone can access, see, and download the Ethereum ledger.

Think of a ledger that’s operated by several people with equal access and control. Each maintains a list of all transactions, and all records must be pre-approved by all parties. In this way, no one can modify, steal, or manipulate the data. The Ethereum blockchain operates much the same way, except that it’s thousands of people involved this time.

The Ethereum blockchain and others like it, such as Bitcoin, have one security flaw known as  a ‘51% attack.’ This is a scenario in which an entity takes control of more than 50% of the computing power of the network.

This would essentially be holding the network hostage – and it would allow the perpetrator to double-spend coins, prevent transactions, and stop miners. While a 51% attack is plausible, it’s extremely rare. This is because for one to control over 50% of the computing power of a blockchain network, they would require an enormous amount of resources that are too expensive. Even the most funded person would find this an extremely tall order.

Where does Ethereum Derive Value?

Ethereum derives its value from its ability to support smart contracts and a variety of decentralized applications. Although multiple other blockchain projects are taking after its model and are its direct competitors, Ethereum has the headstart advantage – courtesy of being the pioneer smart contracts and DApps blockchain.

Ethereum enables fast, secure, and inviolable processes – from contracts to voting, to record-keeping, and more. Usually, these processes would take days and significant amounts of money. Ethereum proposes to change this.

How Can I Mine Ethereum?

PoW involves miners generating a random string of numbers (running the ‘hashing script’) until one of them finds the correct one. When that happens, they will broadcast the proof to the rest of the network, which will then allow them to confirm the next block of transactions. The idea is to ensure that anyone who gets to verify blocks has invested significant computational power (proof of work).

The PoW process involves miners competing with each other to find the solution first. The more guesses your machine can make per second, the better your chances of finding the solution fast and earning a reward – known as ‘miners reward.’ Currently, the successful mining of a block on the Ethereum network gets a miner rewarded 2 ETH. The reward was 3 ETH up until the Constantinople upgrade in 2019.

Ethereum mining is a straightforward process as long as you have the right equipment. First, you need to install two software packages. One of these is an Ethereum client that connects you to the Ethereum network and synchronizes the whole ledger, allowing you to see real-time the activities of all other network participants. It also avails all the data you need to start mining.

Ethereum clients are written in Geth and Parity, which are the blockchain’s most popular programming languages. The client’s come equipped with comprehensive instructions for installation.

Beginner miners may find it more profitable to join a mining pool rather than go solo. A mining pool is a group of miners who combine their hashing power so as to improve the chances of finding the correct guess faster and earn rewards. The rewards are then split in proportion to the computational power each contributed.

Ethereum will not rely on mining forever, though. The network plans to ditch proof-of-work and transition into proof-of-stake (PoS). Unlike proof-of-work, which relies on computational power, proof-of-stake relies on stakeholders to secure the network and achieve consensus. PoS is not only faster but also consumes far fewer resources than PoW.

How to Buy Ethereum

Ethereum is the second most popular cryptocurrency, and so grabbing some Ether for yourself should be pretty straightforward.

One of the most popular ways to buy any cryptocurrency is to do so via a crypto exchange. Exchanges are platforms where people can buy and sell all manner of crypto. As of now, there are countless crypto exchanges available. Always ensure to purchase your crypto from a trusted and verified exchange. Some options include Coinbase, Binance, Huobi, Kraken, CoinEx, eToro, Coinswitch, BitMex, Changelly, Kucoin, BitStamp, Poloniex, and so on.

Alternatively, you could use peer-to-peer services, such as LocalCryptos, which allows you to transact directly with a local person selling crypto.

Once you grab yourself some Ethereum, you’re going to want to guard it jealously. This means keeping it in a safe place where hackers cannot reach. The best option is a hardware or paper wallet – which is both offline and impossible to get hacked, fall prey to phishing scams, and so on. Storing your coins in an exchange is a complete no-no. Exchanges are notorious for getting hacked, and there is no guarantee that you will get your money back should this happen to your exchange.

How Much Does Ethereum Cost?

Like any cryptocurrency, Ethereum is subject to volatile and unpredictable price changes, making it impossible to predict a definitive price for the currency at any given time.

Buying Ethereum involves speculation, just like for any other crypto. If you have the money now, but it’s not enough to quite hit the mark, you can wait until the price fluctuates down and swoop in.

Why Should I Care about Ethereum?

You should care about Ethereum because it has the potential to revolutionize how we do things across industries. Ethereum is also one of the stalwart cryptocurrencies – not “making a splash today and gone tomorrow.” What’s more, organizations such as the Ethereum Enterprise Alliance are designed to drive the adoption of Ethereum blockchain technology across industries, pushing it closer to the mainstream.

For this reason, you can be assured the currency is a guaranteed, long-term store of value. Despite competitor projects emerging, Ethereum has the star and pioneer power to keep it ahead of the curve.