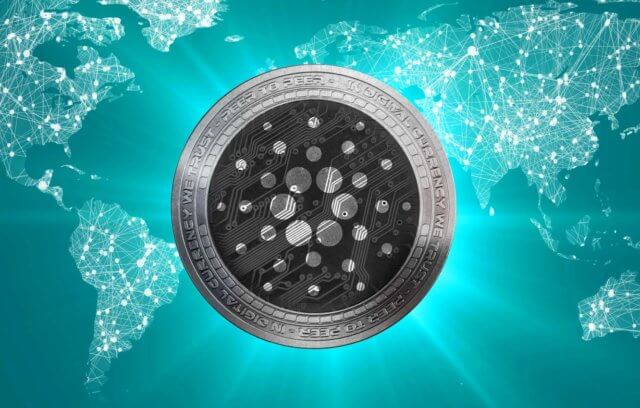 Launched in 2015, Cardano has defied expectations to rise to the top ten in market capitalization. For those not privy to the inner workings of the Cardano project, it can be hard to pin down what has catapulted its rise to the highest sanctums of cryptocurrency, despite being less than popular on the price side.

Nicknamed the “Ethereum Killer,” Cardano has an intriguing approach and pretty remarkable technology.

So, what is it about Cardano that makes it worthy of the “Ethereum Killer” tag? In this guide, we’ll find the answer to that query, as well as explore some of the exciting innovations of this project.

Cardano is a cryptocurrency project and blockchain-based smart contracts platform. Cardano believes digital cash is the future of money and aims to create a platform in which people from all over the world can send and receive money in a fast, direct, and secure manner.

Cardano was conceptualized by Charles Hoskinson, an Ethereum cofounder. He calls it a third-generation cryptocurrency – meaning it exists to improve on the scaling problems and other weaknesses of the first generation (Bitcoin) and second-generation (Ethereum) blockchains.

The Cardano platform has a native cryptocurrency known as ADA, with which users can send digital funds. It also houses two layers: the Cardano Settlement Layer (CSL) and the Control Layer. CSL is used to settle transactions that are conducted with ADA, while the Control Layer will be used to host smart contracts.

Who is Behind Cardano?

Three distinct organizations have pooled resources together to create Cardano. There’s the Cardano Foundation, a Switzerland-based standards body whose job is to support the Cardano community and fulfill regulatory and compliance requirements. The other is Input Output Hong Kong (IOHK), a well-known organization in the cryptosphere. And then there is Emurgo, a startups investor tasked with assisting businesses to build on the Cardano blockchain.

Unlike its contemporaries, Cardano is a peer-reviewed blockchain. Before protocols are greenlit for release, they’re first reviewed by a network of academics and researchers from various universities. While other blockchain projects present just a white paper, the Cardano team goes the extra mile and crafts several academic papers for researchers, investors, and so on.

The rationale behind this? The team wants to ensure that the platform is secure, scalable, and fit for mass usage once it goes mainstream. As such, there’s much scientific rigor involved as there would for a mission-critical system.

How Does Cardano Work?

As previously mentioned, the Cardano comprises a Cardano Settlement Layer and a Control Layer. In the long term, Cardano hopes to be used as a medium of exchange and a smart contract platform that can be interoperable with the traditional banking system.

At the very heart of Cardano is Ouroboros. Ouroboros is an algorithm-based Proof of Stake Protocol through which miners can mine ADA. The protocol is also custom-built in a manner that saves as much energy and time as possible.

What does Ouroboros entail, you wonder? Let’s find out below.

Ouroboros works based on ‘slot leaders’ who are akin to miners in the Proof of Work protocol. Slot leaders are the ones who determine which blocks will be added on the blockchain, with a maximum of only one block per slot leader at any time. Time is divided into ‘epochs,’ and every epoch has a slot leader. Also, immediately after one epoch ends, another one begins.

In case a slot leader misses their chance to choose a block leader for one reason or another, they have to wait until the next time they’re eligible to become block leaders. In every epoch, at least more than 50% of blocks has to be generated.

To be eligible for a slot leader position, a participant has to own at least a two percent stake in Cardano.  Slot leaders are also electors. When an epoch is in progress, electors choose the slot leaders for the next epoch. Also, the more stake you own in Cardano, the bigger your chance of being selected as a slot leader.

Now, slot leaders wield a considerable amount of power. For this reason, extra caution must be exercised to ensure as much fairness as possible. Cardano achieves this by implementing a ‘multiparty computation’ (MPC). In an MPC, each elector conducts a random action known as “coin tossing,” after which they share their results with the rest of the electors. In short, the end result is randomly generated, but the final value is collectively arrived at.

Is Cardano an Ethereum Killer?

Cardano has been dubbed the “Ethereum Killer” since it offers the same functionalities as Ethereum, but better.

Also, it is the first blockchain platform that utilizes peer-reviewed research, giving it an edge over other cryptos, at least in terms of rigorousness.

As well, Cardano has an impressive speed of 257 transactions per second (TPS), which stacks strongly against Ethereum’s current meager 15. Its Ouroboros proof of stake is superior over the typical proof of stake by being the first consensus mechanism to be mathematically proven as secure.

These features, and more, make Cardano an impressive blockchain. But that doesn’t mean it’s about to dethrone Ethereum, not yet.

First of all, Ethereum is a project under continuous improvement. Its developers are always working to improve its scalability and other functions. For instance, Ethereum plans to migrate from the current Proof Of Work to a Proof of Stake mechanism, which provides better room for scalability, is quicker, and is not as power-hungry as the former.

Moreover, being the first reliable smart contracts platform, Ethereum has somewhat of a loyal following – from the developer community to the crypto market to users.

For these reasons and more, it is unlikely that Ethereum will be unseated anytime soon, whether by Cardano or any other cryptocurrency.

As of January 2020, Cardano is yet to be listed on Coinbase, despite the exchange signaling it was considering the addition way back in July 2018. Cardano fans are still waiting with bated breath for this to happen.

Coinbase is big, not just in market volume but also in name. So, many wonder what this would mean for the Cardano price if it were to be listed.

First, it’s important to know a coin getting listed on the exchange does not herald its bullish rally for all the time to come. Many coins have been listed, surged in price thereafter, and went on to fizzle out.

It’s likely that ADA will shoot up in price as the exchange’s user rush in to get a piece of the Cardano action at an affordable price. From then on, the coin experienced up and down swings like any other crypto, depending on the improvements its developers will continually integrate on its blockchain.

Cardano has distinguished itself from other crypto projects by being the first to be built on peer-reviewed protocols and pure mathematics. That fact alone gives it an edge over other similar projects. Also, the people leading it – heavyweights in the crypto scene, add massive credibility to the project. Cardano fans expect only great things from the project.