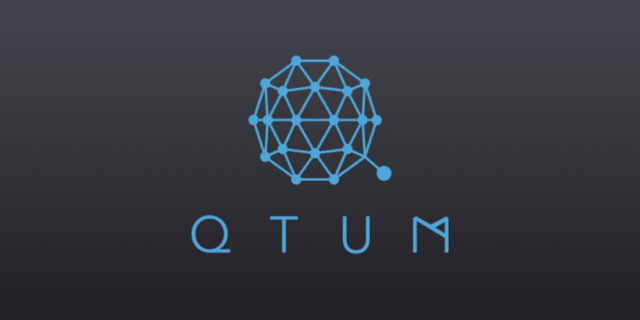 Even the most casual blockchain fan has most likely heard of Bitcoin and Ethereum. The two blockchains are the most popular in the blockchain and crypto space – thanks to their pioneering technologies. Bitcoin’s security and Ethereum’s smart contracts’ capability are peerless, a decade and six years after they were launched, respectively.

Now imagine if the two chains’ capabilities could be harnessed and offered on a single platform. That would be huge. And it’s precisely what Singapore-based crypto and blockchain project, Qtum has done.

In this guide, we’ll delve into the Qtum ecosystem and explore all the exciting details you need to know.

But first, let’s get the basics out of the way.

Bitcoin and Ethereum are the two most valuable cryptocurrencies both in market cap and by being trailblazers in the space. By bridging the functionalities of both chains, Qtum hopes to have the best of both worlds.

The Best of Both Worlds

As we’ve noted above, Bitcoin and Ethereum are the two blockchains that broke the ground for other crypto projects, each in its own way. Bitcoin, while being the oldest, remains the securest of blockchains.

Ethereum, for its part, is the first reliable platform for developers to create smart contracts and decentralized applications.

Qtum has created an “Account Abstraction Layer (AAL)” to facilitate Ethereum’s Virtual Machine integration on Qtum’s UTXO blockchain. Abstraction is a concept in computing that means hiding the complexity of the software to allow for its smooth implementation and use. With abstraction, anyone can use a technology without having to master the technicalities underlying it.

For example, to use a smartphone, you don’t need to be a programmer or developer. If you need to call someone, you don’t need to know how pressing the call icon activates the circuit inside the phone, and so on. In short, abstraction makes complex technologies accessible to the average person.

This simple innovation has enabled it to offer a secure smart contract platform that combines Bitcoin’s and Ethereum’s best, and one that’s interoperable with both chains. For the Qtum community, this is big because scalability technologies on both blockchains e.g., Raiden, Lightning Network, Segwit, and so on, will be operable on QTUM.

Who Is The Team Behind Qtum?

The Qtum project draws its talent from multiple sources. The team comprises members from both the Bitcoin and Ethereum communities as well as outfits like Baidu, Alibaba, Tencent, NASDAQ, and more. The forefront members of the team include Patrick Dai, Jordan Earls, Yungi Ouyang, Baiqiang Dong, Neil Mahi, and Xiaolong Xu. This group combines experience from blockchain, theoretical mechanics, software development, web development, and so on.

Another remarkable feature of Qtum is its use of a Proof-of-Stake (PoS) consensus protocol. The platform’s implementation of PoS was the first in the blockchain space. PoS is seen as superior to the Proof-of-Work consensus protocol first introduced by Bitcoin. In PoW, miners compete to solve computational puzzles, upon which the first miner to solve a puzzle receives block rewards.

PoW, however, has various challenges, including:

The vast majority of blockchains focus on computer-based applications. Qtum changed this by allowing for mobile users – both individuals and businesses, to be able to run smart contracts and decentralized apps from their mobile phones.

Co-founder Patrick Dai explained QTUM’s ‘Go-Mobile’ strategy to Bitcoin Magazine, saying: “We want Qtum to be the easiest blockchain network to use…Today, everyone and everything is moving, that’s why we can’t have a network that is run by stationary objects.”

How does Qtum achieve this?

Existing DApps and smart contract platforms require you to have a full copy of the blockchain. People that have smaller devices or have no access to high-speed internet cannot hack this. Qtum circumvents this via the Simple Payment Verification (SPV) protocol, which has default access from Qtum thanks to EVM and UTXO integration. This SPV protocol allows for access to EVM with mobile-customized lite wallets and removes the need to download the whole blockchain.

Another exciting feature of Qtum is its Decentralized Governance Protocol (DGP) that allows for modification of blockchain features like block size, block processing time, gas amounts, and so on without the need for a hard fork and ecosystem disruption. DGP, for instance, can increase block capacity up to 32 MB. Any change to blockchain parameters is done on-chain – without third party software or any contribution from network participants.

QTUM’s ICO lasted from March 2016 to April 2017. A hundred million coins were distributed, with 51% going to the public. The remainder was split up as follows: 20% for the development team, early supporters, and founders, another 20% reserved for business development, with the remaining 9% going to research, growth strategy, and education.

Qtum’s abstraction layer that enables users to use Ethereum’s smart contracts via the Bitcoin blockchain and its DGP platform that facilitates seamless blockchain modification are blockchain firsts. Thanks to these technologies, enterprises and even individuals can take advantage of blockchain technology more straightforwardly than was ever possible. The project has the right tools in its arsenal to make it successful, as long as it continues with the same innovative spirit in an ever-evolving blockchain world.