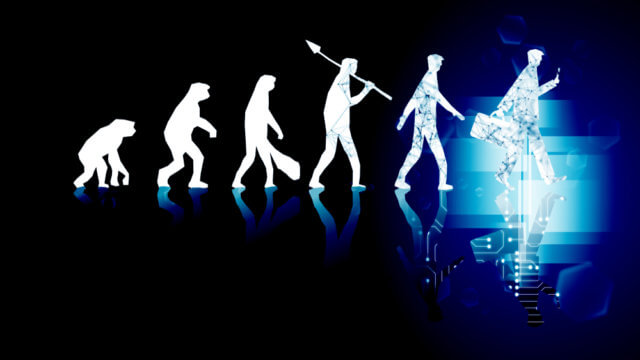 Subtly introduced to the world a decade ago by the mysterious Satoshi Nakamoto, blockchain is the technology at the core of cryptocurrencies. In its early days, it was the subject of admiration and fervor – thanks to its groundbreaking immutability (irreversibility), utter transparency, and enhanced security attributes.

Today, blockchain is still a young technology. But that doesn’t mean it doesn’t keep changing or improving, just like any other technology.

Consider the internet. The internet we know wasn’t like that in the beginning. When we look back, we can point to milestones that were achieved to culminate into the one we’ve got today.

In the sixties, we witnessed the first wide-area computer networks, followed by the electronic mail cash system and the ethernet in the seventies. The nineties brought with them more advanced developments like the World Wide Web, the first browsers, and so on. Each of these developments made the internet more reliable than it had been prior and contributed to the internet that we know today.

Just like with the internet, we can look back and say blockchain has evolved in certain ways since its inception. Each stage brought with it novel inventions that were limited or nonexistent in its forerunner. Based on this, we can classify blockchain’s existence into three generations.

Before we dive into each, it’s worth pointing out that blockchain’s development is interesting in that each succeeding generation is not necessarily more successful than its predecessor. This was always blockchain’s nature – breaking the mold in every trait. Every generation has carved out its space in the industry, and each is known for its unique contribution to the world of blockchain. With that, let’s dive in and see how the blockchain baby has grown to date.

The First Generation: Bitcoin and Cryptocurrencies

Blockchain, as we know it today, was first proposed by Bitcoin’s developer Satoshi Nakamoto in the cryptocurrency’s white paper. At the heart of the blockchain is a publicly distributed ledger that utilizes cryptography for the security of the network.

A blockchain comprises blocks that are linked together by cryptography. A ‘block’ here is a spreadsheet or a ledger containing information about a certain number of transactions.  The chain is a cryptographic passcode of sorts that must be ‘solved’ before accessing the next block of transactions.

Blockchain enables peer-to-peer transactions between network participants. This means there’s no central party authorizing or overseeing transactions – as a bank does for its customers, for example. For this reason, blockchain has been branded as “the greatest invention of the internet” and the “internet of money.”

While Bitcoin, the first application of blockchain, has broken the ground for all manner of blockchain-based applications, it’s hard to gloss over its inefficiencies like its inability to support smart contracts or its rather slow throughput (handling a mere seven transactions per second). As well, Bitcoin utilizes a ‘Proof-of-Work’ (PoW) consensus mechanism that requires computing complex mathematical problems. Due to the complexity involved, PoW is time-consuming and uses colossal amounts of energy comparable to the annual output of an entire country. There’s also the issue of compromised security in the event of a 51% attack.

These inefficiencies raise questions about its long-term sustainability, and its ability to support Bitcoin as a global currency leave alone compete with traditional money systems.

The Ethereum blockchain is the embodiment of the technology’s second generation. Its developers, with Vitalik Buterin at the forefront, actualized the idea of smart contracts. Smart contracts are ‘smart’ in the sense that they are self-executing, do not need third parties, and are highly accurate (by virtue of being immutable).

As well, participants in a smart contract can log in at any time to view the terms of the agreement. Smart contracts eliminate any possibility for fraud, thanks to the immutability of the records. In the future, we could very well see agreements like marriages, bonds, trustees, and the like being enforced via smart contracts. And since these types of contracts are self-enforcing, the need for parties like lawyers, middlemen, regulators, etc. is removed.

Ethereum’s world of possibilities does not end there. Today, aspiring cryptocurrency and blockchain projects can raise capital via the blockchain using smart contracts. Ethereum also empowers new crypto projects to build their platform atop it. Today, over 200 000 crypto tokens that provide value to users everywhere benefit from Ethereum’s technology.

While Ethereum showed everyone that blockchain was capable of more, it is not without limitations. The network also faces the same scaling challenges as Bitcoin, making it difficult to provide reliable services to millions of users from around the globe. It also uses the same PoW mechanism as Bitcoin, consuming colossal amounts of power in the process.

The Third Generation, and the Future

Currently, the inability to scale is the bane of blockchain’s existence. Many blockchain and cryptocurrency solutions after Bitcoin and Ethereum have attempted to solve this, but with varying results. Going forward, it’s abundantly clear that scalability is the most important development that will emerge out of the third generation of blockchain. Whether that will require shaking the current blockchain setup or the use of ‘second-layer’ technologies, scalability is the main priority for future blockchain.

Newer kids on the block are also trying to improve interoperability across chains. The PoW mechanism is being replaced by the Proof-of-Stake mechanism and other novel consensus protocols that are faster, do not gobble up excessive power, and are generally more effective. Beyond this, new ideas to improve blockchain are always being proposed and implemented.

‘Change is the only constant thing’ definitely applies to blockchain too. We can expect developers to keep rolling out innovative ideas for the technology, although it’s difficult to say exactly where any new developments will take us. As usual, blockchain enthusiasts are uber keen to see what the next exciting thing is.