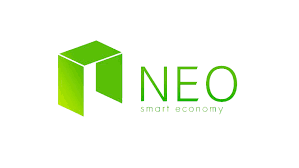 If you’re active in the crypto space, then you’ve definitely heard of Neo, a.k.a Ethereum Killer, a.k.a Ethereum of China. Ethereum seems the common denominator in both tags – probably because the two platforms have so much in common so much that China sees it as the challenger and the Asian equivalent of Ethereum.

However, the platform has taken a different path from Ethereum in some ways, and it’s those ways that merit it some closer examination.

The name Neo is Greek, and it means new, young, fresh, recent.

Is Neo really fresh? And is it worth the unofficial crown of Ethereum Killer? There is a lot of hype surrounding Neo, but when you lift the lid, you find there are actually some interesting things to discover.

History of the Neo Blockchain

Neo is the brainchild of Da Hongfei and Erik Zhang. The two have extensive experience in blockchain, having previously formed Onchain, a successful blockchain research, and development company. The Neo project was funded by two ICOs, the first one which happened in a 10-days span in October 2015 and raised $555,000, while the second ICO raised $4. 5 million.

Components of the NEO System

Neo has a few interesting technical features that make up the Neo ecosystem. These are:

Neo Contract – A mechanism through which developers can create smart contracts in a safe, scalable and high-performance environment using a variety of programming languages

NeoVM is a lightweight virtual machine that’s similar to a virtual CPU and executes smart contracts on the Neo platform.

This is a function that helps smart contracts on the platform have more utility. It enables smart contracts to interact with data from outside the Neo blockchain without putting the system at security risks. This data couple be either transaction, asset, or contract information, and so on. InteropService also hosts smart contracts as storage.

This a language compiler that enables developers to create contracts in various languages.

Neo wants to facilitate what it refers to as the “smart economy.” The smart economy comprises these components:

Blockchain has enabled a safer environment where individuals own digital assets. With technology, digital assets can be stored in a decentralized, secure, trusted, and third-party-free environment.

There exists two forms of digital assets that an individual can utilize:

Global assets are recognizable by other smart contracts and clients in the system, while a contract asset is recognized only by the smart contract owner.

IGI Global defines digital identity as “the data that uniquely describes a person or thing and contains information about the subject’s relationships.”

Digital identities are essential for the digitization of assets to work.

The Neo platform utilizes the X.509 digital identity standard as well as the Web of Trust point-to-point certificate issuance models.

Neo verifies identity-based on these features:

Smart contacts that are contracts that take place on a blockchain – making them digital, trustless, and borderless. These contracts are coded so that they will self-execute when specific conditions are met.

A smart contract must be immutable (unalterable) and be able to run on multiple computers without compromising the integrity of the network. As such, a smart contract needs to have the following qualities:

What does each of these mean? Let’s get a closer look:

Deterministic: This means that a program will always produce the same output to a given input. E.g., if 4+2=6, then 4+2 will be six every single time. Deterministic systems are designed to eliminate randomness out of a system.

Terminable: This means that a contract should be able to come to completion after a set period so that it doesn’t go into an endless loop that will waste time and drain resources.

Isolated: This means that individual contracts will be kept isolated in case of any bugs and malware that they may contain, knowingly or unknowingly. This is so to save the system from being affected by such bugs.

Is Neo Similar to Ethereum?

Both Neo and Ethereum inevitably have several things in common, but they also differ in some key ways.

But what makes Neo interesting is not its similarities with Ethereum, but the differences. Neo is one of those projects that get branded “Ethereum Killer” since they do way better than Ethereum in regard to certain functionalities.

For example, developers can use any codebase out of so many in the Neo platform, including C#, VB.Net, F#, Java, Kotlin, and more. Ethereum, on the other hand, only supports Solidity, its proprietary programming code that requires developers to master it before they can create applications on the platform. This is sort of a barrier to entry that could lock out many developers from the Ethereum ecosystem.

The Two Tokens: Neo and Gas

Neo tokens are used to transfer value in the network. Having Neo tokens gives you a stake in the Neo blockchain. Users need to hold Neo tokens to be rewarded with GAS.

GAS tokens are used to enable seamless transactions in the Neo network. You pay GAS for using the Neo blockchain, e.g., subscription fees.

Is Neo the Ethereum of China?

Neo is often called the Ethereum of China due to its similarities with Ethereum. It is known in the crypto space that the Chinese government – which is well-known for its chilly attitude towards cryptocurrency – has warmed up to Neo and seeks to position it as the smart contract and DApps industry leader. Of course, this attitude could be a double-edged sword: it could legitimize the platform, but it could also alienate it from the rest of the world.

How to Buy and Store Neo

You can buy or trade other cryptocurrencies such as Bitcoin and Ethereum in popular exchanges such as eToro, Coinswitch, Huobi, Changelly, Kucoin, Binance, Bitfinex, and so on.

Some platforms allow you to purchase Neo with fiat money, while others only allow crypto.

Once you’ve bought Neo, it is recommended that you don’t let it sit on the exchange since exchanges are prone to hacking and other attacks. And since crypto transactions are irreversible, once your crypto is gone, it’s gone.

We recommend storing your funds in tried-and-true wallets such as Guarda, Atomic wallet, NEON Gui – the official Neo wallet for desktop, and so on. Hardware wallets are always the safest option, though, and we recommend Ledger Nano X and Ledger Nano S.

Neo is certainly ahead of other blockchain and cryptocurrency projects even if just by virtue of its unique Delegated Byzantine Fault Tolerance Mechanism or its getting ahead of the potentially harmful quantum computing. It excels yet again by allowing individuals to digitize assets and developers to build decentralized apps on its network using super-versatile tools. Perhaps Neo is ‘fresh’ after all. The question is, will it keep fresh? Its cheerleaders are banking on that.