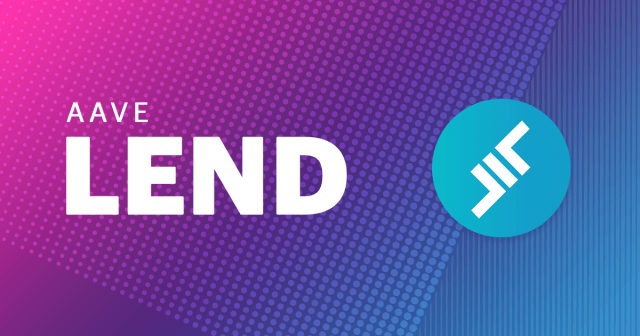 With blockchain came the concept of finance that’s outside the control of the state and government. Cryptocurrencies have been the rage these past few years. But now a bolder and fresher idea is emerging, and it’s called decentralized finance (DeFi). DeFi is the notion that the people have the power, and they don’t have to trust traditional finance systems to make the calls.

Aave is a DeFi project that allows users to borrow crypto without depositing collateral. Lenders can also deposit money and start earning interest right away without lifting a finger.

Describing itself as “an open-source and non-custodial protocol enabling the creation of money markets,” Aave introduced the idea of uncollateralized loans, carving out for itself an influential position in DeFi.

With that, let’s find out more about the project!

Launched in 2018, London-based Aave is a DeFi platform running on the Ethereum blockchain that lets you lend and borrow a wide range of cryptocurrencies in a decentralized and peer-to-peer manner. Aave takes its name after the Finnish word for “ghost.” The team chose this name to reflect the constant evolvement and imaginative technology that intrigues users.

The project brings distinguished features to the DeFi space, such as uncollateralized loans and “rate switching.” Aave utilizes the Aave Protocol to create various types of crypto markets where users can build an investment portfolio.

Aave was originally known as ETHLend, a crypto lending platform established in 2017 by Stani Kulechov. The company raised about $600,000 worth of Ether in exchange for 1 billion LEND tokens.

ETHLend rebranded into 2018 in order to incorporate even more platform features, suiting the current cryptocurrency consumer.

Aave offers quite an impressive range of unique collaterals for any DeFi lending protocol.

Flash loans are one of Aave’s biggest selling points, and that’s especially because you don’t need to deposit any collateral to use them. Instead of using collateral to ascertain payments, flash loans use the timing of the loan’s repayment. Flash loans were invented by Aave, and they work this way:

Flash loans can be applied in the following kind of scenarios:

Unlike most lending platforms that use either fixed or variable interest rates, Aave implements a “rate-switching” function that allows borrowers to switch between “stable” and “variable” rates, a very handy feature in the extremely volatile crypto market. For high-interest rates, a borrower can opt for the fixed-rate, but for volatile rates that might likely take a dip, they can go for the variable rate.

Thanks to this new and exciting option, Aave has witnessed particularly strong growth for stable rates loans after their introduction in May 2020. Note that ‘stable’ here does not imply ‘fixed.’ Rather, Aave’s stable loans are more stable variable interest rates that are resilient against wild price swings. This ability to rate-switch gives users more control over their loans by allowing them to choose the best possible rates.

How to Lend on Aave

Getting started on Save is fairly simple. Visit https://app.aave.com/ and connect using a web 3.0 wallet such as Walletconnect, Coinbase Wallet, or Fortmatic. You can also connect with the Ledger hardware wallet.

Depositing is easy. Just select an asset and enter how much you wish to lend. Next, allow Aave to access the asset. Then, you’ll need to sign to approve the transaction. Your deposited funds will go to the lending pool, after which you start monitoring real-time how much interest you’re gaining on the Aave dashboard.

Aave’s interest-earning tokens are known as aTokens, which are similar to Compound’s cTokens. However, unlike the cTokens, aTokens retain the value of the underlying asset and increase only in amount. On the other hand, cTokens appreciate in value with interest.

LEND, an ERC20 standard token is the native token of the Aave ecosystem. LEND token holders get the right to make their voice heard on any proposals advanced by the Aave team. Such proposals include interest rates, the addition of new assets, liquid configurations, and so on.

LEND also is burned so as to prevent inflation and increase its value over time. 80% of platform fees are regularly burned on the open market for this end.

In the future, Aave plans to increase the staking ability of users who’ll then get to participate in protocol governance as well as have a claim in exchange fees in exchange for helping secure the Aave network against malicious borrowers.

LEND’s distribution was as follows:

Which Assets Does Aave Support?

Who is the Team Behind Aave?

Aave is the brainchild of CEO Stani Kulechov, who originally founded ETHLend. Jordan Lazaro Gustave is the COO, and Nolvia Serrano is the CMO. Both Gustave and Serrano bring over their experience from ETHLend. All in all, the team is made of 22 members with eclectic skills ranging from blockchain, fintech, Ethereum, smart contracts, lending, payments, custodial services, and gaming.

Where to Buy and Store LEND

You can grab some Aave from any of several exchanges, including Binance, MXC, Bilaxy, Bibox, Gate.io, Poloniex, Alterdice, Uniswap, dex.blue, Eterbase, Fatbtc, and Loopring.

As an ERC20 token, LEND can be stored in any wallet that supports Ethereum. You will not go wrong with any of these choices: Atomic Wallet, Trust Wallet, and of course, the hardware wallets (and hence ultra-secure) Ledger and Trezor.

Given its constant re-invention, Aave’s ghost reference is fitting. Its uncollateralized loans and rate-switching features are two of its radical innovations to ever be seen in the world of finance. And that’s what DeFi is all about: disrupting norms to deliver real value.