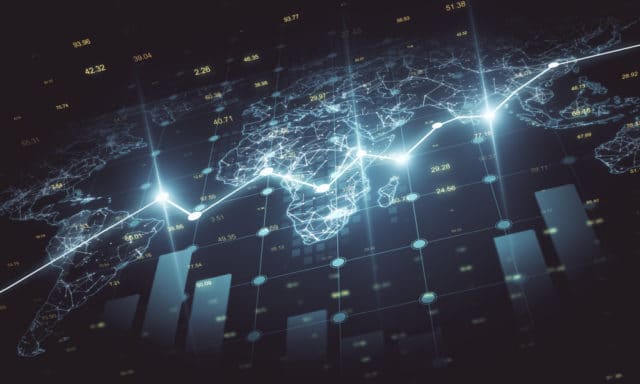 After Federal Reserve Chairman Jerome Powell met with President Donald Trump and Treasury Secretary Steven Mnuchin to discuss the economy, the Fed released a statement saying Powell’s comments were consistent with his remarks at his congressional hearings last week.

As we all well aware that the pair extended its bullish trend for the 3rd session in a row, extending its recovery trend from the recent 5-weeks lows of 1.0990/85 range, mainly due to the selling pressure in the greenback and some fresh trade tensions.

At the Sino-US trade front, the Chinese legislators showed some attention during the earlier session regarding the singing of the Phase one deal after the United States President Donald Trump announced to ruled out the rollover of some tariffs. In the consequences, due to these concerns, the U.S. Treasury yields turned into lower and some resurgence cities in the safe-havens, weakening further the greenback sentiment.

According to the schedule, the ECBs C.Lagarde is scheduled to deliver the speech in Frankurt later in the week, whereas the investors should keep their eyes on the ECB minutes and the preliminary figures of November PMIs in core Euroland as well.

It should b noted that the pair is increasing the recovery from the last week lows in sub-1.10 range, mainly due to the renewed weakness of U.S. Dollar and hopes of the United States a China fair trade deal.

On the other hand, the outlook in the Euroland continues weak and does nothing but justify the failure for the more extended monetary policy by the European Central Bank and the bearish outlook on the single currency in the medium term, at least. So, from this point of view, all eyes will be on the publication of flash PMIs figures for the current month later in the week.

The EUR/USD displayed bullish behavior to examine the resistance mark of 1.1090. Today extension of buying biases can direct the EUR/USD prices towards 1.1125 areas. While support lingers around the 1.1065 area.

The GBP/USD currency pair trading on the bullish track and takes buying to 1.2950 in the wake of fresh hints of political stability, and the successful Brexit keeps the cable pairs strong. As of writing, the pairs consolidate in the range of 1.2944 – 1.2967 dring the Asian session.

The GBP/USD currency pairs recently got the support from the Brexit party decrease of candidates, whereas also avoiding the Bank of England’s dovish bias.

Apart from the continued support for the tory leadership during the December election, as defined by the major surveys, the recent decision regarding the ban of liberal Democrats and the Scottish National Party form the T.V.’s cross-party political discussion also speaks louder for the Conservative’s position in the United Kingdom.

Challenges are surrounding Prime Minister Boris Johnson avoid to release documents regarding Russian interference in the Brexit election stop to cuts the British locals, including Tories, highly criticize corporate tax. Moreover, the European Union stable on the decision does not change the Brexit deal gains less of market attention.

Whereas, the trade and political headlines regarding the United States and China and ITVs debate will likely keep the entertaining investors of markets, as well as, all eyes will be on the November month CBI Industrial Trends Survey data from the U.K., the U.S. Building Permits, Housing Starts and speech from the President of the Federal Reserve Bank of New York, John C. Williams.

Markets are looking for CBI industrial orders to increase from October’s multi-year low of -37 to -30 during November. We think that risks lie toward a more significant gain because the October survey hopefully didn’t capture the improvement in sentiment because Brexit success chances were increased.

The market expects housing starts to have rebounded to 1,320k in October, reflecting a firm 5.1% m/m jump. This would follow a notable -9.4% tumble in September, which was primarily driven by a sharp -28.2% m/m contraction in the volatile multifamily segment,” says T.D. Securities.

The GBP/USD is consolidating with a bullish bias, and it surged to test resistance mark around 1.2970 level. The GBP/USD pair is now facing a double top resistance level at 1.2975 on the 4-hour chart. Typically, the pair becomes bearish below the double top. Therefore, the GBP/USD may exhibit bearish retracement unto 1.2925 ere driving the bullish trend to 1.2975.

The MACD and RSI are staying in the bearish zone, suggesting chances of bearish trading in the GBP/USD trading today.

The USD/JPY currency pair has been capped due to markets presuming a soft dollar policy from the United States administration, whereas trade discussions between the United States and China are on the close track, but the tension still surrounding the market.

On the technical side, the USD/JPY pair now tries to re-test 50% Fibonacci retracement of April-August drops at 108.40. However, a confluence of 50 and 100-day Exponential Moving Average (EMA) around 108.30/25 will be the key to limit the pair’s further bearish sentiment. The Japanese Trade Minister was on the wires last minutes, also telling the need for an extra budget of around JPY 10 trillion.

The USD/JPY is trading at 108.60, completing 61.8% Fibonacci retracement level at 108.550. For now, this level also works a double bottom support level as the USD/JPY prices are pushing higher.